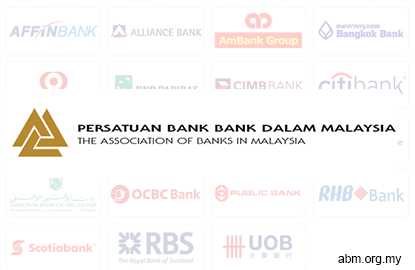 KUALA LUMPUR (Nov 9): The Association of Banks in Malaysia (ABM) has come out to say that foreign currency deposits do not pose concerns on the stability of the country's banking system.

The association also noted that foreign currency denominated liabilities and assets of Malaysian banks have expanded in line with the banks' regional operations and their regional trade activities, as well as their centralised liquidity management.

"Additionally, these liabilities do not represent immediate claims on Malaysia's international reserves as foreign currency liabilities are generally well covered with foreign currency external assets, including overseas assets, lending and investment in debt securities," it said in a statement today.

ABM was responding to a report by Reuters today that had pointed to Malaysia's heavy short-term overseas borrowings by banks, and scarce international reserves.

"According to Bank Negara Malaysia's (BNM) recent Monthly Statistical Bulletin, total non-resident deposits (in both ringgit and foreign currency) amounted to about RM70 billion, but make up to only about 4% of total banking system deposits," it said.

"We are given to understand that there is no dependence on external or cross-currency funding for operations in Malaysia. As a matter of fact, many, if not, most banks in Malaysia practise the same asset liability management as they would do with regard to their ringgit exposure," it noted.

ABM also pointed out that BNM's US$94 billion international reserves as at Oct 30 remain adequate to facilitate international transactions without disruptions.

It also noted that more than two-thirds of the short-term external debt is accounted for by the banking sector, largely in the form of interbank borrowing and non-resident deposits, adding that debt liabilities are partly covered by the banks' corresponding external assets.