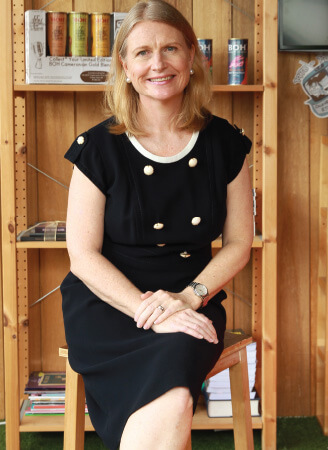 Regrettably, there is a lower appreciation in Malaysia of the importance of the arts … but also [an underestimation of] the value that brands can obtain from it.” — Russell

In May this year, the 14th annual BOH Cameronian Arts Awards (affectionately known as the Cammies) was held at the St Regis Kuala Lumpur. While the awards night — which has come to be a premier event for the Malaysian performing arts community — celebrated the best of 2016’s talents and shows, there was another milestone worth commemorating.

The theme for the night, “Raising the Bar with Artistic Excellence”, was also apt to describe the long partnership between BOH Plantations and arts platform Kakiseni, which co-present the awards each year. Reflecting on their collaboration thus far, BOH CEO Caroline Russell says, “The arts awards is definitely one of our key initiatives. And what is now starting to set it apart is its longevity. It is a collaboration that has, so far, stood the test of time.”

Recounting its earlier years, Russell reveals that the initial objective was simply to create a platform to raise awareness of and exposure to local performing arts productions and talents. “We were trying to highlight what was going on, show the breadth and depth of what we have, and raise awareness levels and heighten interest and recognition of local talents. So we gave them a broader scope, highlighting all the nominees for that effect,” she says.

Underlining the growth of the performing arts community overall over the past decade, Russell notes that the industry has matured, especially in terms of presence and the number of productions being staged.

That maturity became a catalyst for the change implemented in this year’s Cammies — a move taken to continue fanning the flames of the evolution of the arts. The award categories for each segment of dance, music, theatre and musical theatre were culled, and a new “Best Of” award was introduced, which saw six of the best productions in 2016 honoured.

Russell explains the decision: “We felt there was an opportunity to raise the bar this year, to focus more on quality, and perhaps to also move the awards into a more prestigious position, though not for the sake of it. It is really saying that Malaysian arts have matured enough for us to be able to highlight what is really special across different genres. It’s also trying to make it more aspirational — that when there is an awardee, people will know that it must be something quite exceptional and the winner gets immediate recognition in terms of talent and creativity.”

The shift in direction may be to lay the foundations in encouraging better-quality productions and with it, more sponsorships but, Russell says, there are still many obstacles to overcome along the way, particularly the battle with funding and talent development. “Also, I think young people are still not encouraged to pursue the arts as a career; it is not seen as a useful one. I also think generating audiences is still a challenge.”

Helming a business corporation, Russell has no illusions about what the company brings to the equation. Realistic about the impact they can bring beyond financial assistance, she nonetheless says that the company has chosen to prioritise the support of arts. Last year, following the Cammies’ thematic tribute to traditional art forms, BOH continued its partnership with Kakiseni in producing a children’s book, Shadows, which is based on wayang kulit.

“We have taken a position that we can add more value to areas that are less popularity-driven. Regrettably, there is a lower appreciation in Malaysia of the importance of the arts … but also [an underestimation of] the value that brands can obtain from it,” the CEO observes.

She shares that while she doesn’t believe their support can be magnified to the level of education, nevertheless, the access BOH has as a brand can be maximised in bringing awareness, right into the heart of Malaysian homes through its products.

“We can just highlight these issues, to raise the profile of the arts,” says Russell, adding that Corporate Malaysia can be an important contributor as a whole to the arts community if they are able to see its mutual benefits. “I think any business with a CSR programme can be cognisant of the huge value in brand reputation and standing that a partnership like this can add to us. We’ve definitely seen that. I wouldn’t say it helps us sell more tea, but the idea is not to increase our top line anyway.”

And if companies offer support, her advice is to do it without an agenda. Wading in on the debate by purists that corporate sponsorship may compromise the integrity of the arts, Russell replies that those who choose to work with the arts should have a fairly liberal perspective and not choose to support only a particular kind of production or type of work, much less interfere in any.

After all, that freedom of creativity is what sets us apart in this day and age, as she unexpectedly recalls a video she caught about the evolution of technology and muses, “A computer scientist was talking about AI (artificial intelligence) and forecast that AI would make better lawyers, doctors, teachers and so forth. It’s a really frightening prospect. Where do we come in then? It’s really through our creativity that we are different and special, and being able to cultivate that amongst young people is going to be very, very important.”