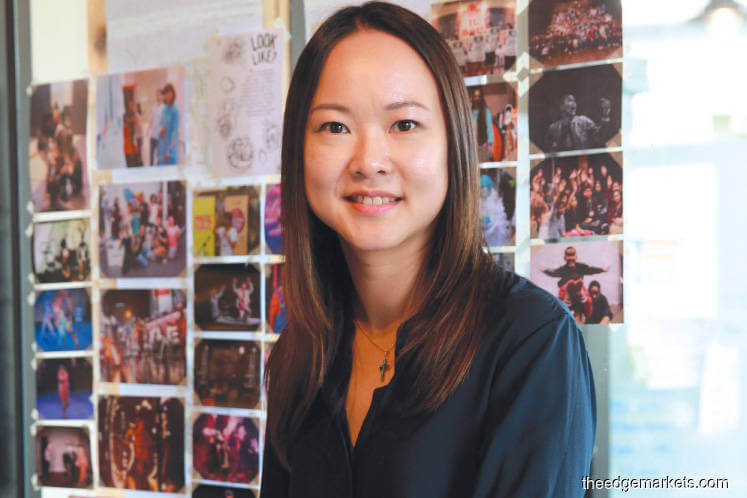 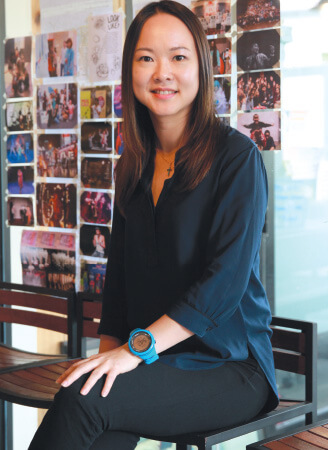 The understanding of arts is so diverse in different areas. Some are more fortunate to be more exposed than others. Nevertheless, those who have less exposure may turn out to be the most talented.” — Liao

The 90th anniversary of Prudential Assurance Malaysia Bhd in 2014 warranted a double celebration. The commemoration of nine decades since the insurance brand officially launched on Malaysian shores was combined with the Kakiseni International Arts Festival (KIAF). The five-day celebration in Pavilion KL, which was open to the public, showcased various international and local disciplines of the arts such as theatre, dance, music, visual arts, literature and poetry.

“We were looking for a platform for our 90th birthday party and we wanted to do something that would really reach out to all Malaysians. Our mission statement is providing financial freedom and peace of mind for all Malaysians, so we also wanted to celebrate with all Malaysians,” explains Fiona Liao, Prudential’s chief brand officer.

In line with the brand’s inclusive mission statement, the festival catered for people from all walks of life with the aim of bridging languages and multicultural creativity under one roof. Among the award-winning international acts were Stuart Bowden (winner of The Directors’ Choice Award at the Melbourne International Comedy Festival 2012) from Australia, Roberto White (winner of the International Puppet Fair of Lleida) from Argentina, dance duo Elias Aguirre and Alvaro Esteban (winners of the International Competition of Choreography Burgos-New York) from Spain, TAMTAM Objektentheater from the Netherlands, Canadian acrobat Akron Nym and life-sized-puppets puppeteer Natacha Belova from Belgium. Another highlight was The Seni stage that featured performances rooted in local cultural identity such as Tarian Rakyat by the Faculty of Dance of the Academy of Arts Culture & Heritage, Chinese folk opera as well as busking, art exhibitions and performances by local musicians.

In her role as chief brand officer, Liao manages advertising, promotions, digital marketing and public relations for Prudential. She managed the running of the 90th anniversary, which she says was treated as a birthday party. “The former CEO Philip Seah really liked the idea, not just because it was something different — seeing that at that point Prudential hadn’t really supported arts in a big way yet — but also because we wanted to celebrate something that Malaysia did well, the arts,” says Liao. “The involvement of corporations gives an added boost because the challenge that any arts fraternity has is getting their work out there. It is usually a win-win situation for both parties in helping with the visibility.”

In addition to the festival, Prudential’s subsequent support of the arts saw the insurer once again partner Kakiseni in its Seni Making A Difference (SeniMAD) programme. “We provided tuition classes involving the performing arts, such as music and dancing, to children from low-income families, to see if that is something they could make a career out of. We have so many different layers of society and the understanding of arts is so diverse in different areas. Some are more fortunate to be more exposed than others. Nevertheless, those who have less exposure may turn out to be the most talented,” says Liao.

Part of the brand’s regional initiative was the Prudential Malaysian Eye, a contemporary art project featuring a unique and exciting collection of artworks from emerging local artists. The exhibition showcased the works of 21 artists, a seminal art reference book featuring some 75 Malaysian artists, and a series of programmes around creative education. In tandem with Prudential’s vision of supporting local talent achieve their dreams, it aimed to provide a platform for local contemporary artists to reach global audiences and to develop our burgeoning arts scene.

Liao believes that corporate sponsorship should go beyond financial support alone and ideally be incorporated into the brand’s DNA as the benefits of corporate involvement extend beyond the arts scene. “I think the biggest benefit we saw was the engagement opportunities we had with staff when they came together to perform. Of course, there were complaints about having to come for rehearsals but as soon as the festival was over, many suffered withdrawal symptoms!” she says, referring to staff involvement in the festival, which included a 90-staff dance that was performed in the vicinity of Pavilion KL. According to Liao, besides being a form of team building, the festival also brought people closer to the arts.

Prudential, which prides itself on being a supporter of Malaysian dreams, views the support of corporations for the arts from a wider perspective. “I truly believe that the arts are the soul of the country… I think the arts open our minds and bring about a feeling of inclusion. When we are open to different ideas of beauty and creativity, I think it helps society as a whole to be more tolerant, understanding and accepting of who everyone is,” Liao says.