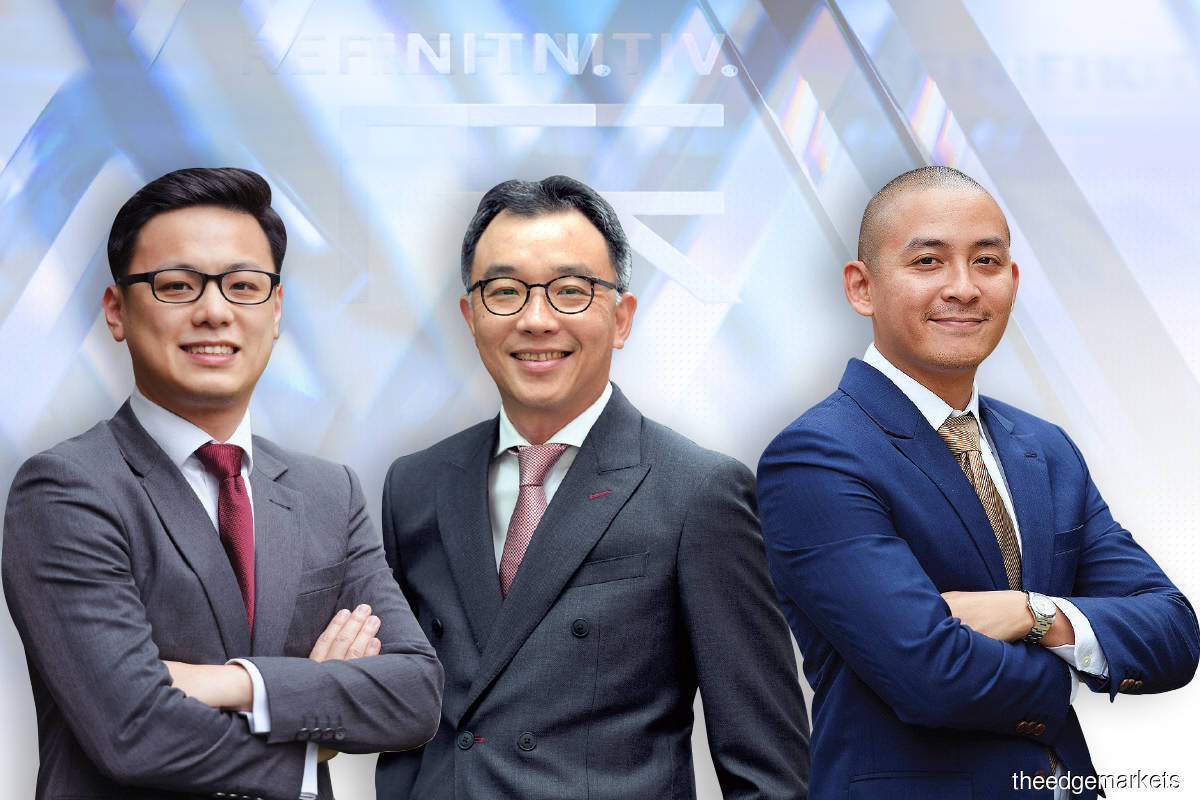 Gan Eng Peng, senior director of equity at AHAM, says it is an honour to be recognised by the industry standard. He attributes the success of the Select Opportunity fund to the quality and cohesion of its enlarged investment team, which was critical to navigating a modern investment climate.

He says the fund’s portfolio significantly shrank in terms of the number of positions and sector exposure to reflect the narrow breadth of the market run. Contrarian strategies did not work, he adds, as the winning positions kept surging. "We had one of the biggest tactical asset allocation changes in 2020 since the credit crisis. Major portfolio changes were made … healthcare and technology were the major performance drivers..“ - Gan

“We had one of the biggest tactical asset allocation changes in 2020 since the credit crisis. Major portfolio changes were made as economically sensitive and political stocks were out of favour, while healthcare and technology were the major performance drivers,” says Gan.

“Our cash levels ranged from near zero to over 30% to reflect the changing market conditions. We believe the rapid decision-making in portfolio repositioning was critical to market outperformance.”

Looking at the current economic climate, he says the firm believes monetary conditions will again be a key driver of asset prices in 2021, followed by domestic politics.

Touching on the Affin Hwang Aiiman Growth Fund, Akmal Hassan, managing director of AIIMAN Asset Management Sdn Bhd, says the fund did most of its rebalancing in 1Q2020 and 4Q2020, where the first rebalancing involved increasing its cash positions before the selldown to protect the fund and provide ammunition to capitalise on opportunities. The second rebalancing was done to accommodate post-pandemic beneficiaries once it became clearer that there was light at the end of the tunnel. "We went into capital protection mode early on by raising cash levels to above 20%, in anticipation of a major market correction … We were able to pick up many quality names at distressed valuations.“ - Loh

“The fund took a barbell approach, with significant positions in defensive companies to anchor the portfolio. This was then balanced by positions in what we deem as quality growth stocks. These are companies that offer structural growth potential, strong business moats and a healthy balance sheet,” he says.

“What also helped us was our focus on fundamentals and not letting periods of extreme market sentiment cloud our judgement, which was not easy. But we viewed it as opportunities for mispricing to occur. This allowed us to position and lock in returns at attractive prices.”

Looking ahead, Akmal says the firm will maintain its investment strategy in 2021, focusing on three main themes: Covid-19 recovery plays, trade divergence beneficiaries and technology stocks. As the economy gradually reopens with vaccination gaining traction, the market will factor in greater optimism into beaten-down sectors, such as consumer and retail, financial and commodities, he says.

He notes that the growing presence of and reliance on technology is a structural trend whose adoption has been accelerated by the pandemic. Thus, he believes that the sector will continue to be an important part of the firm’s portfolios over the long term. "In the near term, rising yields will inevitably weigh on ringgit bonds. We remain focused on credit quality and have a shorter duration positioning for the fixed-income portion to protect our holdings from rising yields..“ - Raziq

Meanwhile, David Loh, senior portfolio manager at AHAM, says the Affin Hwang Select Balanced Fund’s equity allocation was highly agile last year due to the many unpredictable events such as the collapse of the Pakatan Harapan government and the Covid-19 outbreak.

“We went into capital protection mode early on by raising cash levels to above 20%, in anticipation of a major market correction,” he says, adding that it started deploying cash again when the risk-reward ratio looked favourable after the FBM KLCI plunged below 1,300 points. “We were able to pick up many quality names at distressed valuations. This rebalancing process was repeated throughout the year due to the constant change in the lockdown stance to combat Covid-19.” On the fund’s fixed-income strategy, Ahmad Raziq Ab Rahman, senior portfolio manager at AHAM, says the fund’s allocation was maintained at around 40% throughout last year. The firm took a more defensive stance during the start of the pandemic by shortening duration and then gradually increasing duration once it became clear that Bank Negara Malaysia would cut interest rates.

Looking ahead, Loh says the dissipating risk of strict lockdowns, thanks to the gradual rollout of vaccines, coupled with the unprecedented scale of stimulus measures, should drive a synchronised global recovery. This bodes well for corporate earnings, which are a key driver for equity markets.

On fixed income, Ahmad Raziq says the outlook for global growth and inflation is being reshaped by the vaccine rollouts and fiscal stimulus. Central banks and governments around the world are expected to maintain a loose monetary and fiscal policy stance to ensure a sustainable economic rebound from the trough last year as downside risks remain.

“In the near term, rising yields will inevitably weigh on ringgit bonds. We remain focused on credit quality and have a shorter duration positioning for the fixed-income portion to protect our holdings from rising yields,” he says.