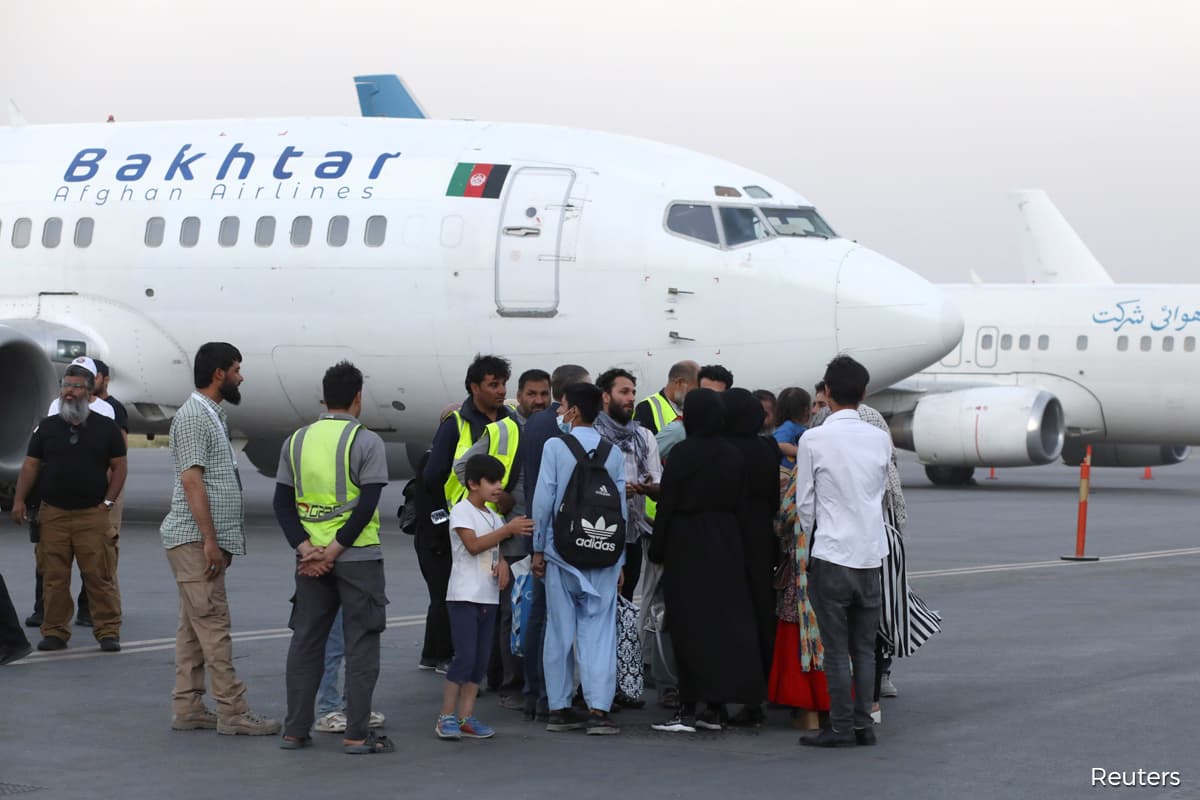 (Sept 10): Kabul on Thursday saw the departure of its first international commercial flight since last month's chaotic Western airlift, but hopes for a return to order were offset by U.N. reports of rising restrictions on women and a looming humanitarian disaster.

The flight marked an important step in the Taliban's efforts to bring a degree of normality back to the country after they seized power last month. But U.N. Special Envoy on Afghanistan Deborah Lyons told the Security Council the country was in danger of "a total breakdown of the economy and social order" without an infusion of money.

She also said there were rising reports of the Taliban imposing curbs on women similar to those when they ruled from 1996 to 2001, despite a promise by leaders to respect women's rights in accordance with sharia, or Islamic law.

About 113 people were aboard the flight to Doha operated by state-owned Qatar Airways, officials said. The passengers included U.S., Canadian, Ukrainian, German and British citizens, a source with knowledge of the matter said.

Ten U.S. citizens and 11 permanent residents were on the flight, U.S. State Department spokesperson Ned Price said on Twitter, out of "the 39 we invited."

A source said the passengers were taken to Kabul airport in a Qatari convoy after safe passage was agreed. In Doha, they will initially stay in a compound hosting Afghan and other evacuees.

Although international flights have flown in and out with officials, technicians and aid in recent days, this was the first such civilian flight since the hectic evacuation of 124,000 foreigners and at-risk Afghans that followed the Taliban's capture of the capital on Aug. 15.

Qatari special envoy Mutlaq bin Majed al-Qahtani described Thursday's flight as a regular one and not an evacuation. There would also be a flight on Friday, he said.

"Hopefully, life is becoming normal in Afghanistan," al-Qahtani said from the tarmac, quoted by Al Jazeera.

The United Nations warned, however, that the freezing overseas of some $10 billion in Afghan assets - to keep it out of Taliban hands - would cause "a severe economic downturn" and could push millions more Afghans into poverty and hunger.

Without more funding for the country, the crisis could "set Afghanistan back for generations," Lyons said.

"The economy must be allowed to breathe for a few more months, giving the Taliban a chance to demonstrate flexibility and a genuine will to do things differently this time, notably from a human rights, gender and counterterrorism perspective," Lyons told the 15-member council.

The previous Taliban government was ousted by a U.S.-led invasion following the Sept. 11, 2001, attacks on the United States masterminded by al Qaeda leaders based in Afghanistan.

The West views Afghan assets overseas as a key lever to pressure the Taliban. U.S. President Joe Biden's administration has no plans to release billions in Afghan gold, investments and foreign currency reserves that it has frozen.

Many critics have called on the Taliban leadership to revive the economy, which faces collapse amid steep inflation and food shortages. The government wants to engage with regional and Western governments and work with international aid organisations, a Taliban minister said.

But analysts said the makeup of a Cabinet named by the group this week could hamper recognition by the West. The ministers are all men and include Islamist hardliners and individuals wanted by the United States on terrorism charges.

Women protested in Kabul on Tuesday against the new government. Lyons said nongovernmental organisations supporting women were being targeted, women's freedoms restricted and the former U.S.-backed government's Department of Women's Affairs dismantled across the country.

"We are receiving increasing reports where the Taliban have prohibited women from appearing in public places without male chaperones and prevented women from working. They have limited girls' access to education in some regions," she told the Security Council.

A newspaper editor said two of his journalists were beaten in police custody this week after covering the women's protest in Kabul where they were detained by the Taliban.

Zaki Daryabi, founder and editor-in-chief of the Etilaat Roz newspaper, shared images on social media of two male reporters, one with large, red welts across his lower back and legs and the other with similar marks on his shoulder and arm.

Both men's faces were also bruised and cut in the pictures, which were verified by Reuters.