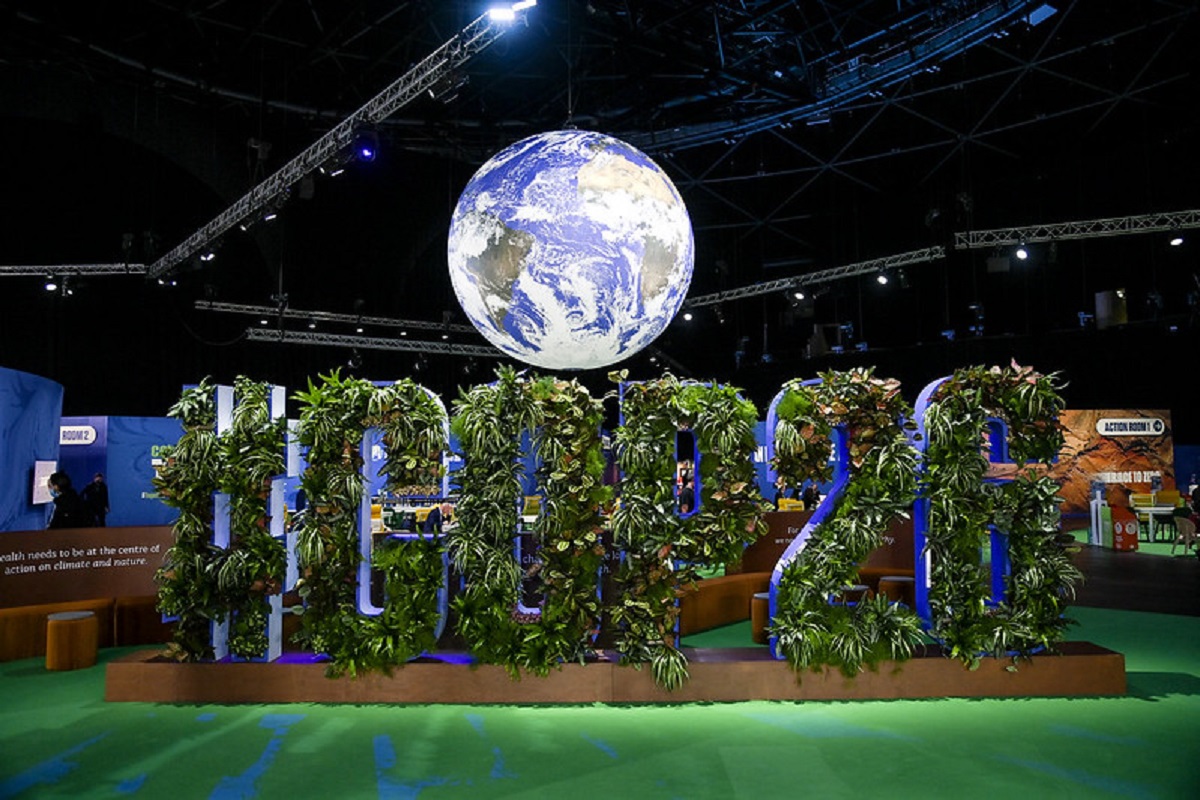 KUALA LUMPUR (Nov 22): Malaysia needs to put forth a clear plan on how it plans to achieve the commitments made at the United Nations (UN) Climate Change Conference 2021 (COP26) and take into serious consideration the global trends in combatting climate change.

For the business community, a roadmap is essential to guide them toward right investment decisions, so they don’t become stranded assets overnight due to regulations or policies introduced by the government or international supply chains. It’s also crucial for businesses to be aware of the climate change risks — be it rise in sea levels or more frequent flooding — that will impact their operations.

The Edge Malaysia interviewed Malaysia’s COP26 lead delegate Datuk Seri Zaini Ujang, secretary general of the Ministry of Environment and Water (KASA) and several civil society organisations to get their opinions on where Malaysia should go from here.

According to Zaini, the Malaysian delegation achieved the four mandates that it was given by the cabinet for COP26. This includes negotiations on rules governing international carbon markets, transparency of emissions reporting, common timeframe for the Nationally Determined Contributions (NDC) and climate finance.

“We are not involved in the other matters that are not part of our mandate. (For instance) Loss and damage is not in our mandate (this time) and we have no position on it… We just listen. If we need to have a position, we will ask the cabinet,” he says.

Loss and damage refer to the demand for developed countries to provide financial support to developing countries that are already suffering from climate change. It was given significant attention for the first time in COP26. However, the push by climate-vulnerable countries to create a financing facility for this purpose was shot down by some wealthy countries. Instead, a dialogue to discuss the funding was created.

Another contentious topic at COP26 was the failure by developed countries to meet their pledge of providing US$100 billion a year to help developing countries achieve their climate targets. While the COP26 negotiation outcome still holds them accountable for this commitment, a new ad hoc work programme was established to flesh out details for a new post-2025 climate finance goal.

“Many governments are now looking at negative growth due to Covid-19. Asking them to commit that much money is not an easy decision. So, we need to judge the situation each country is in now and that’s why more time was given,” says Zaini.

The rules for carbon markets were also a sticky topic at COP26. The negotiators finally agreed to avoid double-counting of carbon offsets, which is when two countries count the same emissions reductions from the offset towards their climate commitments.

Malaysia already announced its plans to set up a domestic emissions trading scheme and voluntary carbon market, which will be launched by Bursa Malaysia Bhd. Zaini says it will be focused on forestry and land use change. “For instance, we want to plant trees to build river trails… we only allow 1% (of carbon offsets generated) to be sold abroad. The rest is for local (companies).”

The Glasgow Climate Pact that was agreed to at the end of COP26 also includes language to “phase down unabated coal” and “phase-out fossil fuel subsidies” for the first time, which some view as a significant progress even if the language was weakened from its original form.

When quizzed on this matter, Zaini says that phasing out fossil fuel subsidies would have a huge impact on Malaysians. “We have to look at the whole package (of carbon emissions) ... We cannot cause the country to collapse by not having enough energy. We must also educate people to (save energy) by not using air conditioning or use one that is energy efficient.”

He emphasised that Malaysians must have the personal commitment to become more sustainable. This includes the willingness to potentially pay higher fees for services. For instance, Malaysia committed to the methane reduction pledge during COP26. Solid waste disposal is the third biggest source of methane emission in Malaysia.

“But there is no financial model (for us currently) to cope with waste management in Malaysia because we don’t pay (a lot) for (this service). In Denmark, people have to pay if they produce more than one bag of waste,” he says.

Other things that Malaysians should consider doing are using less electricity by keeping the air conditioner at higher temperatures, producing less food waste and traveling less.

When asked how Malaysia will operationalise the methane pledge, he says that Petronas has engaged with the government on this matter, as the oil and gas sector is the biggest methane emission source in the country. Malaysia also committed to halt deforestation by 2030 and presented its updated NDC or climate ambition to reduce economy-wide carbon intensity (against GDP) by 45% by 2030 at COP26.

But how will these commitments, together with Malaysia’s goal to reach carbon neutrality as early as 2050, be implemented?

Zaini says the long-term low emissions development strategies (LT-LEDS) report that is due next year will have the details and that they will engage all parties in the process.

Come up with detailed plans and data

He hoped to see more ambitious commitments by governments to keep global warming below 1.5 degrees Celsius, which is currently not the case, and stronger pledges on climate finance.

“What all this means is that we have to take the initiatives to the national level. We’ve updated our NDC. Now, we’ve got to work together and make sure that we come up with a roadmap to implement it,” he said.

Similarly, Renard Siew, climate change advisor with think tank CentGPS, is eager to see how the government will be incorporating the pledges it made during COP26 into the NDC and how it will be engaging private sector players.

The methane reduction pledge, for instance, will require collaboration of palm oil companies, as palm oil mill effluent (POME) is the second biggest methane emission source in Malaysia. It already wasn’t easy to push smallholders to obtain the certified palm oil status, he says, due to the lack of capacity to do on-the-ground monitoring and accounting of emissions.

The government may encounter the same challenge when operationalising the no deforestation pledge. “Forestry and land use is at the state level and many states still rely on forestry as a main source of income. Are the states committed to this pledge or is it just at the federal level?” poses Siew.

A more detailed campaign on how Malaysia is going to reach its carbon neutrality goal is needed, he stresses.

“What are the interim targets and are they feasible? For the nation to be net zero, we also need public-listed corporations to achieve net zero. A lot of them focus on scope 1 and 2 (direct and indirect) emissions but the bulk of the emissions is actually in scope 3 (supply chain) emissions, who are small-and-medium sized enterprises. They are not ready yet.”

Tangible actions are needed, Nithi believes. For instance, there could be regulations to ensure that all new homes come with solar panels or rainwater harvesting. The government could phase out existing coal power plants, prevent de-gazettement of forest reserves and eliminate petrol subsidies.

“There are also tactical things the government can do like banning fugitive emission from the flaring of oil and gas plants and capturing 100% of emissions from POME,” he says.

The B40 group who will be most impacted by the elimination of subsidies can be supported via direct grants, Nithi adds, while remote communities without energy access could benefit from decentralised solutions like micro-hydro plants.

Other than that, better data on the physical and transition risks of climate change is needed for businesses to make decisions, says Datin Seri Sunita Rajakumar, chairperson of Climate Governance Malaysia.

For instance, if a company were to build a factory in a location, they need to know whether the area is at risk of flooding, sea level rise or extreme heat days in the future.

The Climate Central has maps showcasing the impact of climate change globally.

“The data has to be timely and relevant. (For instance) Something like Climate Central is very user friendly,” says Sunita.

A national climate risk dashboard with the latest centralised information from multiple departments, as well as national level scenarios that predict what areas are at risk of flash flooding, for instance, would be helpful.

Information about areas in cities most at risk of landslides, flash flooding and extreme heat should also be shared publicly, she adds, so planning approvals for developments in such areas can take such information into account.

“If I’m making an investment decision in this country, I need data. I want to know the physical risk, that’s why I need a publicly-available climate risk dashboard. Many parts of the country are already experiencing flash flooding, which affects supply chains,” says Sunita.

“Transition risk involves government policies like carbon pricing (that are introduced to mitigate climate change). At the current carbon prices in mandatory emissions trading schemes, such as those in the European Union and United Kingdom, many businesses are in danger of becoming stranded assets.”

Nithi, Siew and Sunita concur that there is a need for the government to have an ongoing consultative process with civil society organisations, think tanks, universities and the private sector.

“We need an all of government and whole of society approach, which is an approach long recognised by the UN and World Health Organisation. It’s even more important now because there is no silver bullet, so we need to sit down and work on it together,” she says.

There have been a lot of controversies on carbon markets globally over the years. Plenty of fraud cases have occurred, so much so that the INTERPOL has issued a Guide to Carbon Trading Crime.

To ensure that carbon markets do not become a way for businesses to buy their way out of cutting emissions, and that the projects that it supports are authentic, transparency of data, good monitoring and proper regulations are needed, say Nithi and Siew.

There must also be capacity building of skilled experts who can manage the schemes. They will have to deal with problems like crashing carbon prices, which has occurred in carbon markets in the past.

To prevent this, one can look at Indonesia, Siew suggests. “The government made it very clear how much each credit (offset) being generated is worth. But of course, when you put a cap on how much you can sell the offset, there is the question of whether people would be incentivised to join the market.”

Additionally, Malaysia shouldn’t offer its forests as offsets for emissions reduction of developed countries, says Nithi. That’s because once it’s used as an offset for another country, it cannot be counted as a carbon sink for Malaysia, which relies on forests to offset its carbon emissions.

“That’s a real danger. Now, we see that a group of Australian companies are talking to the Sabah government on this. States might get third parties approaching them to cut deals but they may not be aware of the pitfalls. It’s good to have some centralised mechanism for state governments to refer to and give advice,” says Nithi.

This story was produced as part of the 2021 Climate Change Media Partnership, a journalism fellowship organized by Internews' Earth Journalism Network and the Stanley Center for Peace and Security.