AI: Keep your eyes on the road 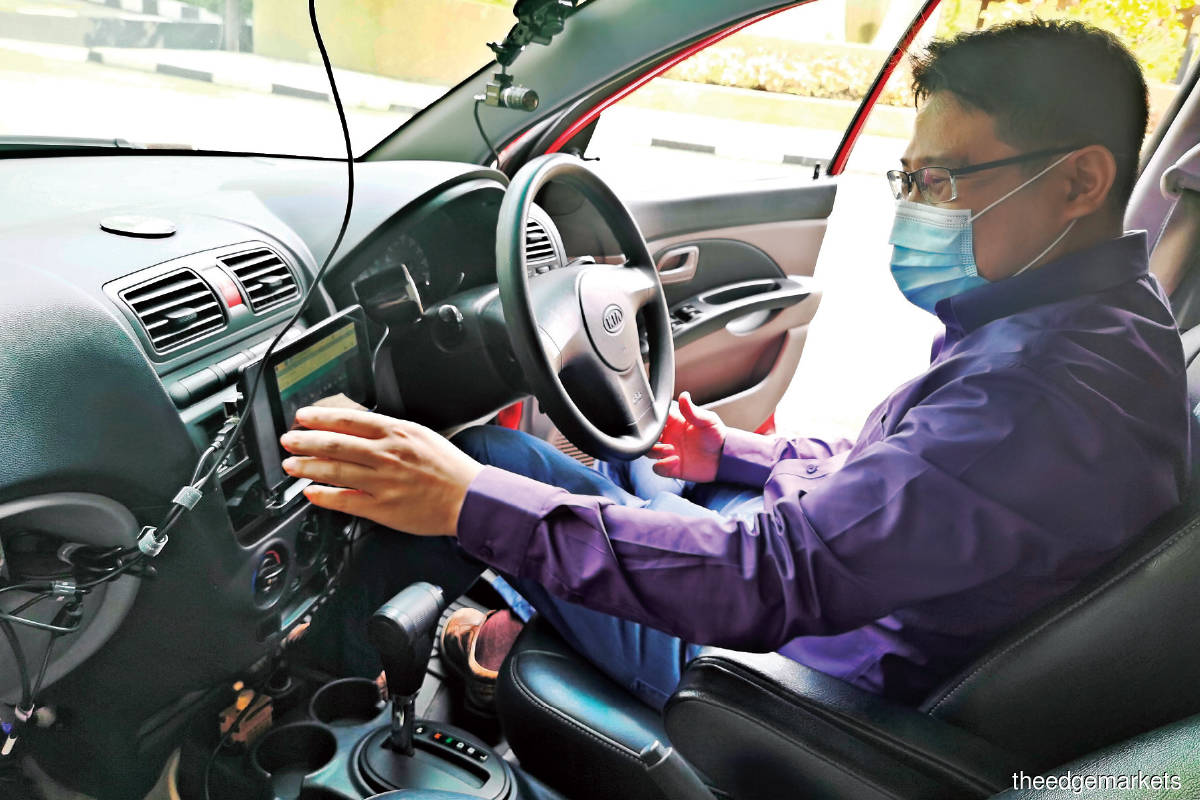 This is no gentle kiss on the car’s bumper — heavy goods vehicles (HGVs) could be death traps on wheels on your next drive out on the expressway.

A 2019 paper published by the Malaysian Institute of Road Safety Research highlights that among the fatal road accidents involving HGVs, more than 80% resulted in the deaths of other road users.

The likelihood of dying in a road accident involving an HGV is significantly higher on a straight road than at three-way junctions, interchanges and roundabouts. Accidents involving HGVs are also more common on expressways than on small streets and roads.

To address this issue, Heriot-Watt University Malaysia conducted a year-long project in collaboration with Malaysian Technical Standards Forum Bhd on how to reduce road accidents by actively monitoring HGV drivers in real time.

The result was the Advanced Vehicle Monitoring and Assistance System (AVMS) for HGVs. In addition to monitoring the vehicle speed and mileage, the system also alerts the drivers whenever they divert from their lanes, are drowsy or drive above the speed limit.

“The most important factor to track is the behaviour of the driver because, in Malaysia, most of the fatal road accidents are caused by reckless driving,” says Jaysern Pang Jia Yew, project lead for AVMS.

“If drivers are overworked and drowsy, the system is able to detect this and issue a warning, requiring drivers to acknowledge that they have received the warning.

“To do that, our system consists of three sub-systems — speed monitoring, lane detection and eye detection. The whole system is connected to the cloud, and the data is updated in real time.”

Julian Goh, one of the graduate students working on the project, explains that a camera is used to monitor the driver’s facial expression, and they have used a machine learning technique to train the artificial intelligence (AI) to detect changes in eye movements with an accuracy of about 92%.

“One of the key ways to detect drowsiness is to study the behaviour of the eyes. When drivers are sleepy, their eyes tend to blink more slowly and close for longer periods of time,” says Goh.

Lim Chun Zhe, another graduate student on the AVMS development team, explains that a drowsy driver will tend to swerve left and right on the road. Through the lane detection system combined with data sets such as driving speed, AVMS is able to detect reckless driving behaviour and trigger a warning.

“We have a camera monitoring the front view of the vehicle, and use image processing to locate the lane markings on the road surfaces. That is how we find out whether the vehicle has deviated from the lane,” says Lim.

“The system also detects non-painted lane markers such as road shoulders. So, it can differentiate between hard road surfaces and off-road surfaces such as grass.” Pang with the components of the AVMS

Pang tells Digital Edge that many of these HGV drivers work very long hours, but there is currently no widespread mechanism in the country to track the duration of time they have spent driving. It is not uncommon for them to work 20-hour shifts and this increases the likelihood of fatal traffic accidents.

“Another issue AVMS can address is the driving speed on the highway. In Malaysia, we have plenty of Automated Enforcement Systems (AES) installed to catch speeding vehicles, but many of these drivers will just slow down when they are near the camera and speed up again after exiting the zone,” Pang explains.

“You see it plenty of times in the news as well, where people were involved in an accident because they were using their smartphone or were distracted while driving. Our system is able to detect and track that as well.”

Pang recognises that fleet management systems and telematics are not entirely new concepts, as companies have employed similar technology to manage their logistics for many years now. What sets AVMS apart is its ability to monitor the driver in addition to the vehicle itself, and the methods employed to do so.

Although eye detection and lane detection technologies have been around for a while, Pang says there are few systems in the market that integrate these technologies to offer a comprehensive solution. Thus, AVMS is the first of its kind in Malaysia.

“We have conducted a pilot test in Cyberjaya and AVMS is now entering the commercialisation stage. We would like to introduce this product to the market, but we need to get feedback from the industry,” he says.

“We are entering a stage where we are optimising the product and redesigning parts of it to make it more relevant to industry requirements.”

Pang believes that local authorities such as the police and the Road Transport Department (JPJ) would be keen to adopt AVMS, as traffic data can be easily retrieved from the cloud and they can use the system to issue traffic summons for speeding or reckless driving.

“The second stakeholder that would be interested are insurance companies because, every year, they have to spend a lot of money processing insurance claims. If they could have a mechanism to evaluate driver behaviour, they would be able to assign different premiums to different drivers.

“Logistics companies would be interested as well, because they could obtain cheaper insurance premiums if they employ good drivers and have proper policies in place while monitoring their performance. It’s a win-win situation.”

Goh also points out that the data AVMS collects can be translated into meaningful data sets with commercial value. While developing AVMS, a key challenge was that the data sets used to train the AI were derived primarily from overseas, which may affect their accuracy when used in Malaysia.

“At that time, we did not have any Malaysian sample data sets. So, by having AVMS, we can create our own Malaysian data sets, which can help other people develop their own technology. These data sets are also potentially useful for future academic research.”

While the possibilities of this technology have not been exploited to the full, there are several limitations in the system that the team is still actively addressing. For instance, many of the roads in Malaysia have new lane markings painted over the old ones, which became an issue in the lane detection software.

To combat the hot Malaysian weather, many HGV drivers also frequently wear sunglasses, which reflect light away from the eye region, disrupting the eye detection software. The team is looking towards obtaining specialised hardware that can help overcome this issue.