All 68 Uptown shops in Bandar Rimbayu snapped up during launch 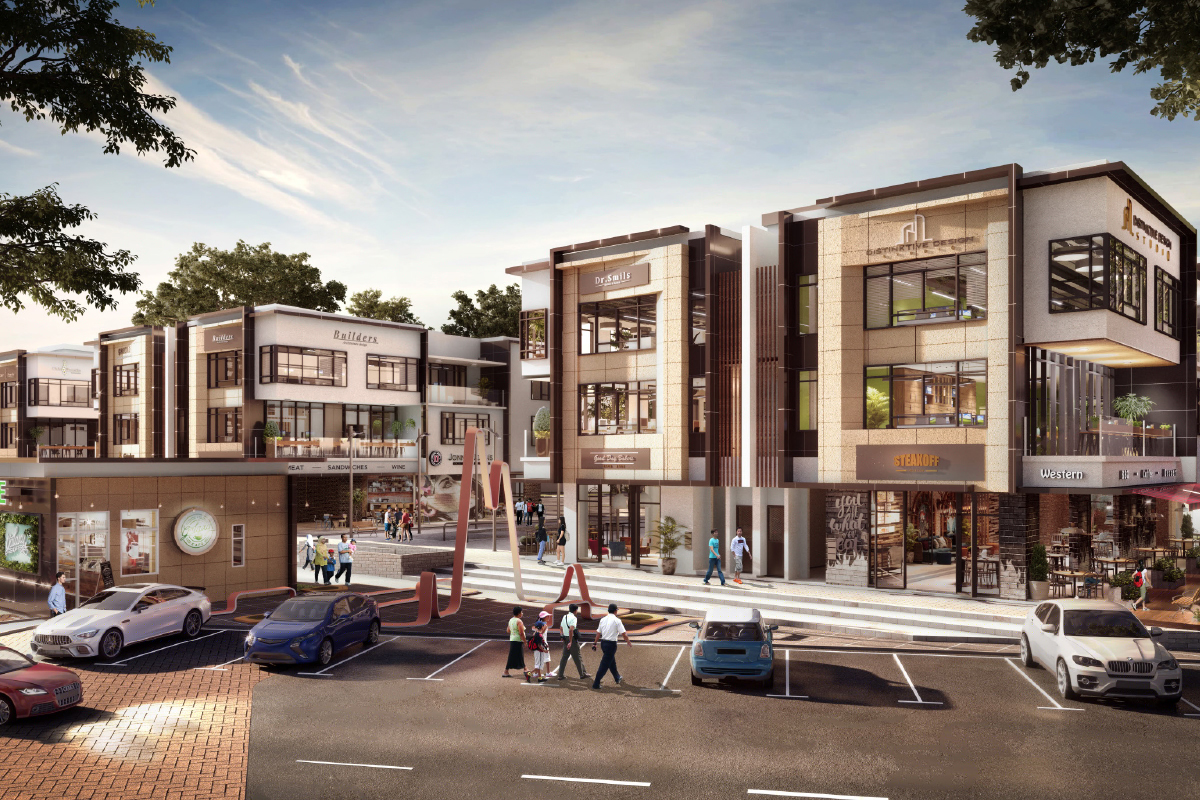 The 68 units of one-, two- and three-storey shops at Uptown @ Rimbayu make up Phase 1 of Nadi Rimbayu BizHub’s commercial component (Photo by IJM Land)

All 68 shop units at IJM Land Bhd’s recently launched Uptown @ Rimbayu in Bandar Rimbayu, Selangor, have been fully sold. The project is part of the 262-acre Nadi Rimbayu BizHub main commercial centre, the latest component in the township.

According to Bandar Rimbayu senior general manager Chai Kian Soon, the shops were launched on May 30 after a balloting session the day before. “We had to do the balloting because of the overwhelming number of interested purchasers. Around 120 of them had put down a deposit with us to entitle them for the balloting. All units were taken up on May 30 and all the sales were done online.”

He adds that those who balloted but did not get a unit will be given priority for the next launch, or Phase 2, comprising 82 units of shops, which is slated for launch in 1Q2022.

Chai says the shops did well owing to their strategic location and accessibility. “[Uptown] is right smack at the gateway of Bandar Rimbayu, giving it high visibility. Also, it is in a new township, which we have populated in the first seven to eight years. Currently, the area is really underserved in terms of facilities and amenities, and the launch of this project is really timely to serve the growing population within our township as well as in neighbouring developments.”

The 68 shop units at Uptown have a total gross development value of RM178 million. They come in one, two and three storeys, and in various shop types and layouts to cater to different business needs. According to Chai, the most popular shop types are those with a raised ground-floor ceiling height of 5.6m compared with the standard 4.4m, and those with a balcony. “The raised ceiling allows for an additional mezzanine floor whereas the balcony is ideal for lifestyle businesses such as cafes and bistros.”

The 1-storey shops, which immediately front the busy Persiaran Rimbayu, are ideal for grab-and-go businesses such as cafes and convenience stores, while the 3-storey premium link units are suitable for showrooms, healthcare centres and restaurants.

Although buyers could have leveraged on the current low financing rates, Chai notes that most of the buyers at Uptown did not require high financing margins. “That is a good thing for us as well. Also, 38% of the buyers are repeat clients, and of the 62% new buyers, half are keeping the shops for their own use. Some are moving or expanding their businesses from Kota Kemuning. This shows that Nadi is a catchment area as we get passing traffic from Kota Kemuning to the Elite highway and Putrajaya. Traffic is also getting heavier,” he adds.

IJM Land has also earmarked a 6.8-acre parcel that is sandwiched between the Uptown shops and the upcoming Phase 2 for a superstore that will have about 60,000 sq ft of lettable area. “The superstore is not a shopping centre and does not rival those in nearby developments (Quayside Mall at twentyfive.7 and Sanctuary Mall at Eco Sanctuary). We are currently in negotiations with interested tenants for the superstore,” says Chai.

As for Nadi’s 41-acre industrial component, Chai says the company is currently in talks with interested parties for its industrial plots and is drawing up plans for a semi-detached factory development on a 10-acre plot that targets small and medium industries. “We are hoping to launch the semi-detached units in 2Q2022.”

IJM Land is also planning to launch its next residential phase, Robin, in Bandar Rimbayu over the next few months. “Since we successfully launched and sold all 680 units of homes in Starling last year, we were very active in terms of construction until the FMCO (Full Movement Control Order) and now, EMCO (Enhanced MCO). We had initially planned to launch Robin at end-August but because of the EMCO, it may be postponed,” says Chai.

Robin will tentatively comprise 615 units of terraced houses measuring 18ft by 65ft and 28ft by 68ft with a starting price of about RM580,000. “We get a lot of enquiries for these types of properties within Bandar Rimbayu at this price range. We do think it will also receive a good response,” he says.