An alternative mode of public transport 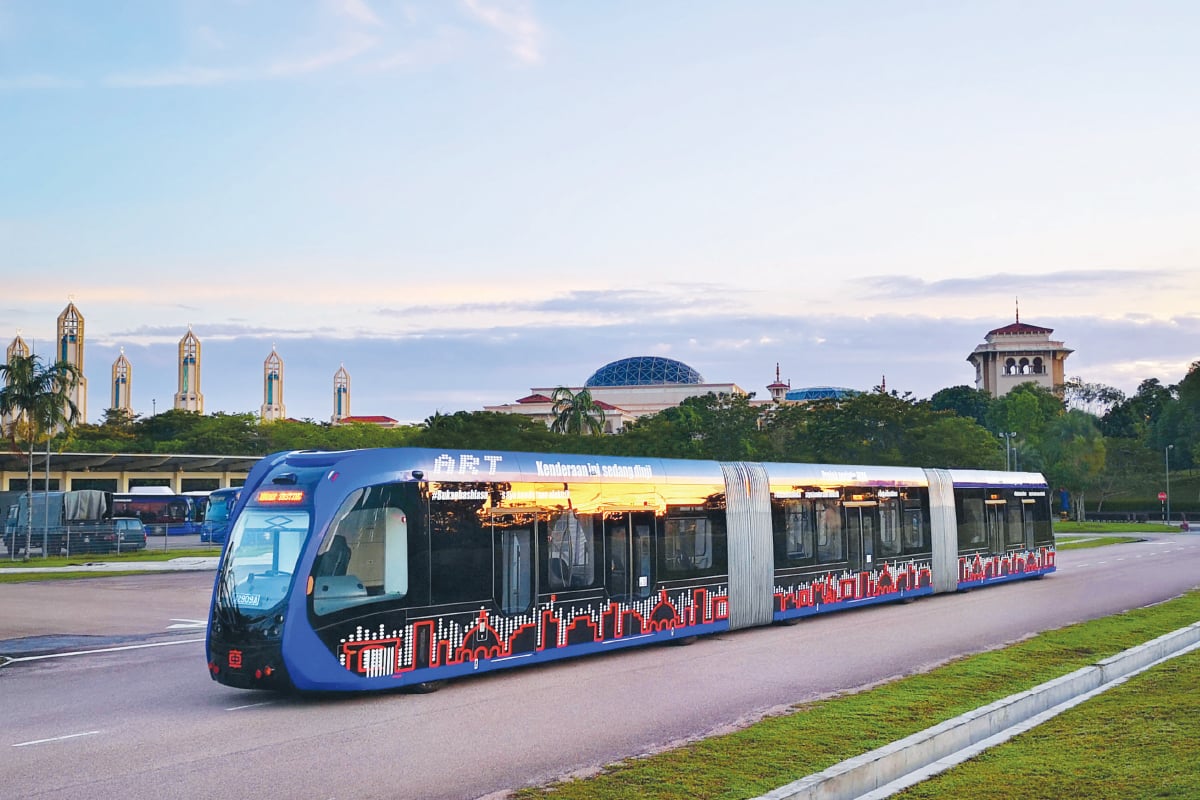 The ART carriages run on rubber wheels and, with the use of optical sensors, follow a virtual track painted on the road using regular road-marking paint (Photo by Mobilus)

Ireka Corp Bhd is adding a new core business to its construction, property development and IT businesses: urban transport. It has done so by setting up a 51:49 joint-venture company — called Mobilus Sdn Bhd — with Chinese partner CRRC Urban Traffic Co Ltd, a member of CRRC Group, the largest manufacturer of rolling stock and rail-related products and systems.

“Mobilus was formed in 2019, but the urban transport business within the greater group started in 2018,” Mobilus CEO and Ireka group executive director Chan Chee Kian tells City & Country in a virtual interview recently.

Talks in 2018 with CRRC Urban Traffic, which was formed to look into urban and district transport  issues in China, soon led to both parties setting up a company to bring in green urban transport.

ART is a medium-capacity transit system. The standard ART has three carriages, which can take 300 passengers, and can be extended to carry 500 by adding two carriages.

“The vehicle looks like a train because it is actually re-engineered from train technology but runs on rubber tires,” says Chan, adding that this makes the vehicles more manoeuvrable.

Furthermore, it uses a virtual track, which is painted to specific dimensions on the road using normal road marking paint — the ART follows the track using optical sensors. Once operational, the ART will be pre-programmed on the designated route and all systems will be controlled by a central control centre. There will also be attendants on the ART so that if there is an emergency, the attendant can move the ART around any obstruction with appropriate authorisation.

With the use of existing road infrastructure or minor upgrades, the ART has cost-saving benefits. “Typically, for a public transport project, infrastructure costs can easily be 60% of the total project,” says Chan. “So, if you deduct that 60% of the cost, then the rest is the system cost such as the vehicles, station system, whether it is ART or rolling stock. The vehicle and rolling stock costs are pretty much the same as the LRT costs. But if you reduce 60% of the infrastructure costs, an ART project can be as cheap as one-third of the traditional LRT project.”

He adds, however, that this depends on the requirements, whether an elevated road is needed, for example, or additional infrastructure work is required.

“The range of cost savings can be quite big, as it depends on the planning and the city ... But it will definitely be cheaper than a traditional rail system,” says Chan.

The main challenge for the ART system is regulatory, as it is new to Malaysia. In addition, it is not suitable for small residential roads.

“The ART is meant for the highway or wider main road systems,” says Chan, adding that it would be difficult to implement the system in a mature area with existing infrastructure unless the road system is modified by adding a lane, for example, or having a dedicated lane for the ART. With three carriages, the ART system can ferry 300 passengers (Photo by Mobilus)

At present, the ART system is participating in the Iskandar Malaysia Bus Rapid Transit (IMBRT) test programme, which is looking to select and provide a seamless public transport system in Johor.

The three-month test started on April 8 and was supposed to end on July 8, but may be extended to August because of the nationwide lockdown.

“The objective of the pilot test we are conducting with IRDA (Iskandar Regional Development Authority) is to do a comparative study of the technical aspects of ART,” says Mobilus business deve­lopment director Ramlan Zainol Abidin.

“When we approached the authorities such as Ministry of Transport (MoT), Jabatan Pengangkutan Jalan and Agensi Pengangkutan Awam Darat, they didn’t know which category to put the ART in, as it is neither rail nor bus.

“They proposed to us that, for them to certify or regulate the ART system, we had to conduct a proper study in Malaysia. So, that is our top priority.”

The testing will also provide a feasibility study on how ART can be adopted in Malaysia, Ramlan adds.

“Upon completion of the study, we, along with the Ministry of Transport and UiTM, will gather all the information and provide recommendations to MoT. The recommendation will include how ART can be regulated in terms of classification of the vehicles, the licensing, and things related to insurance and road tax.” He adds that recommendations on the operations of ART and the fare structure will also be provided.

Members of the public have been invited to take part in the test programme to provide a true-to-life environment. Focus groups such as OKU groups, a bicycle association and Persatuan Orang Buta were invited to ride the ART.

KGV International Property Consultant (Johor) executive director Samuel Tan is familiar with the IMBRT programme and believes it will be beneficial to passengers and eventually raise property values.

“The IMBRT is designed to establish a modern seamless public transport system in Johor Bahru. A public project of this nature will affect the local property market in that it offers an alternative and provides a cheaper mode of transport,” says Tan.

“More importantly, a reliable transport system will encourage house buyers or tenants to choose areas serviced by the system. This will inevitably cause an increase in demand and hence a better market value or rental rates of houses in such areas. The emergence of more transit-oriented developments (TODs) is another consequence of the IMBRT. Some of these TODs will be new projects while others could be rehashing of old layouts to capitalise on the IMBRT system.”

Chan explains that, while the regulatory issues are being settled, talks with local stakeholders — for example, in Kuching — are underway. The company will focus its efforts in Malaysia before venturing abroad.

He adds that, although the company has not actively promoted ART overseas, it has already been contacted by a regional neighbour. “Since the news [about ART] came out, Thailand has been in touch with us to find out more about it, for possible use in Phuket ... We will work on this either on our own or with CRRC. We are still exploring.”