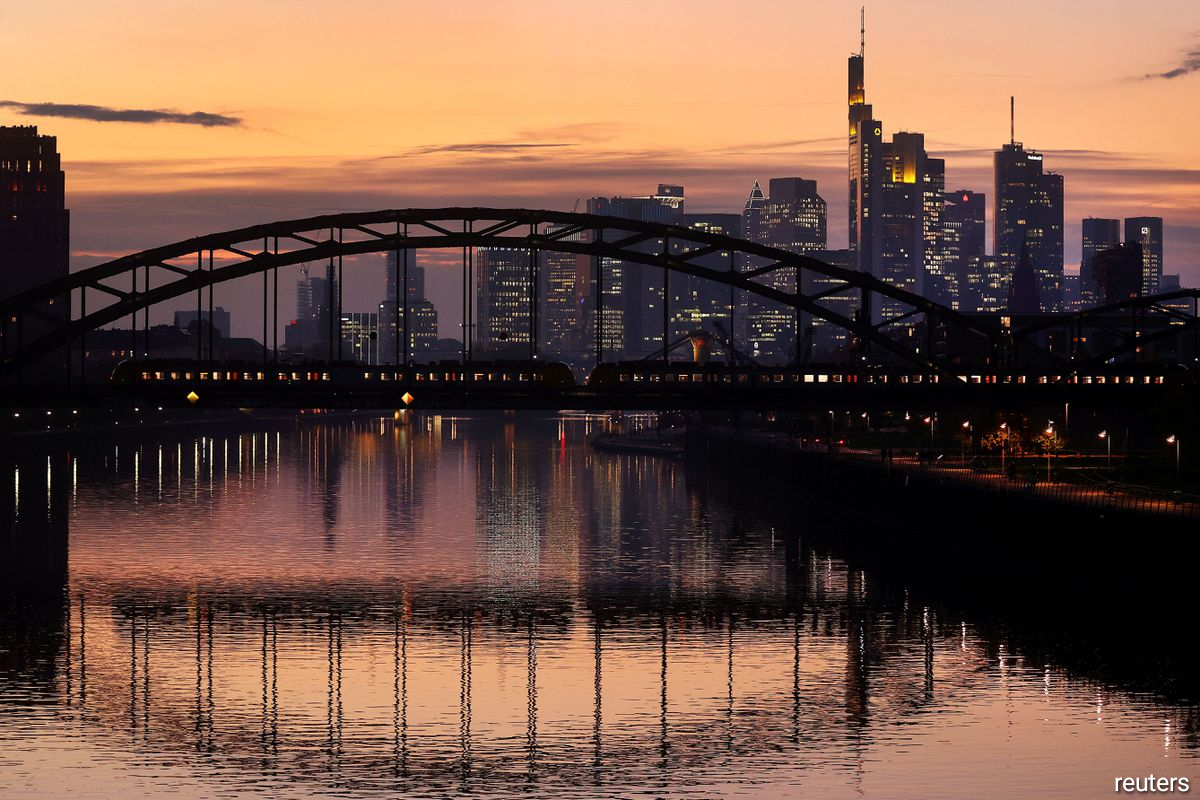 FRANKFURT (Nov 25): Visions of spiralling wage inflation in the euro zone have dominated the talking points of conservative central bankers in recent weeks as they called for a moderation in central bank stimulus.

The fear is that high inflation now, even if temporary, will prompt firms to boost wages, perpetuating inflation by increasing consumer demand.

On first look, this is not an irrational fear. Wage-price spirals have pushed inflation to unexpected highs in the past, most notably in the 1970s.

This could then keep inflation stubbornly above the European Central Bank's 2% target, potentially forcing the bank to bring the economy back down to earth by tightening policy after years of unprecedented stimulus.

"In the future, such tensions on the labour markets could make it easier for employees and trade unions to push through noticeably higher wages."

But there is very little evidence out there, from actual wage figures to labour market trends or union demands, to support these fears.

Wage growth remains anaemic, though the data are arguably distorted by the pandemic. Copious furlough schemes and wild swings in employment as the economy shut and opened, make it difficult to ascertain just how healthy the labour market is.

But union demands for next year's pay have been underwhelming so far, especially in light of an inflation rate now at 4.1%.

Some sectors with a notable skills shortage of course stand out. Germany's construction industry negotiated a 3.4% increase while in retail, the increase is 2.2%. Still, with inflation likely holding above 2% next year, that is modest, at best, in real terms.

Europe stands in stark contrast to the U.S. in this respect. U.S. labour costs increased by the most since 2001 last quarter as companies boosted wages and benefits amid a severe worker shortage, pointing to elevated inflation for some time.

Most wage deals in Germany, arguably the bloc's strongest labour market, so far appear to be in the 1.5% to 2.5% range, which may actually be too low to keep inflation at 2%, economists say.

This is primarily because unions are now increasingly prioritising non-wage benefits from more leisure time to increased job security.

“The wage agreements that we’ve seen so far this year do not indicate that wage developments are currently posing an increased risk of inflation in Germany," Sebastian Dullien, an expert at the IMK economic institute, said.

"The ongoing negotiations can be described as moderate - especially when you compare them with demands made during the times before the pandemic," he added. 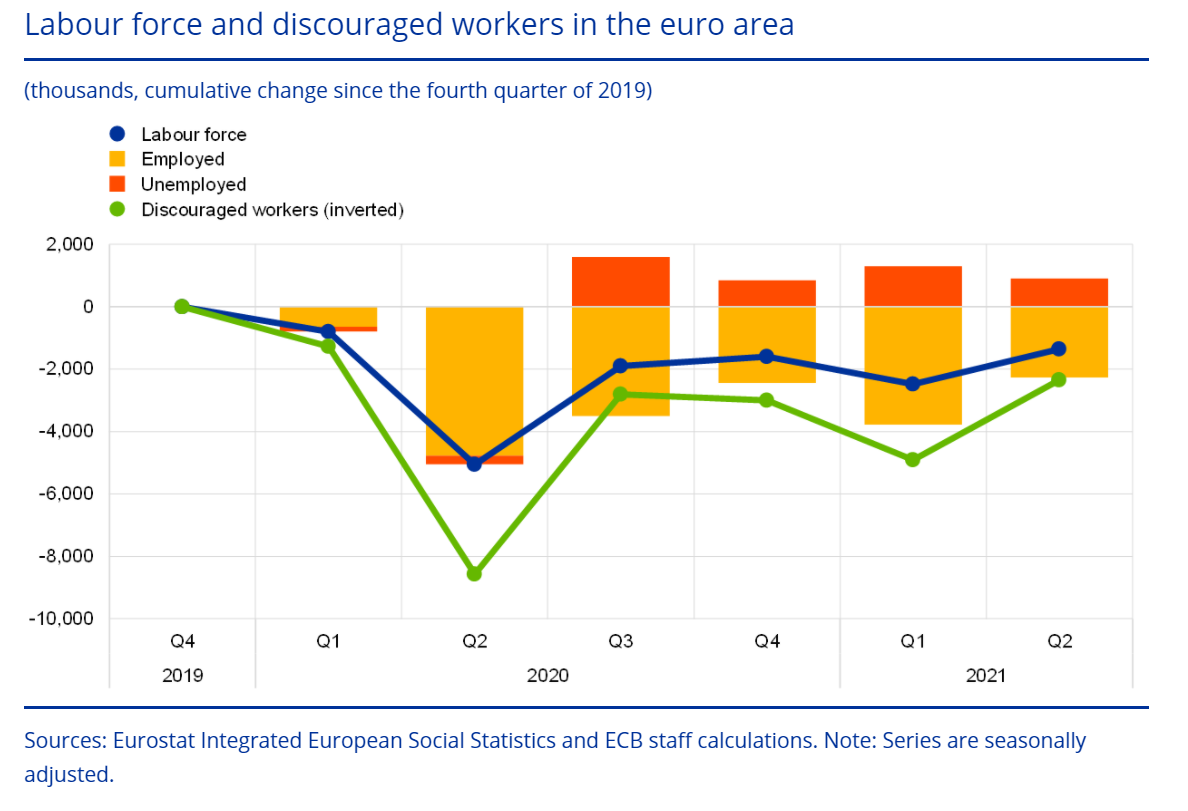 Indeed, labour cost growth in the euro zone was in the 2% to 3% range before the pandemic, yet inflation still fell short of the ECB's target.

The labour market has also yet to recover from the pandemic. Employment is still below the pre-crisis level, hours worked are down 4% and nearly 2.5 million people are still in some sort of job retention scheme, all indicating that there is still plenty of slack.

Some even argue that a rise in wage growth would be welcome after the pandemic battered households.

"We should not be alarmed if we see signs of a one-off catch-up in wages next year," ECB board member Fabio Panetta said this week. "Over the medium term it is desirable that we see increases in unit labour costs."

Ironically, Germany's incoming government and not the ECB could give inflation a big boost.

Their plan to raise the minimum wage by around 25% to 12 euros an hour could push wages up across the board, a move heavily criticized by the Bundesbank, which normally refrains from discussing political decisions.

"The significant minimum wage increase would affect the lower wage brackets markedly and would have non-negligible spillover effects on the wage brackets higher up," it said.

Finally, the economy is far from healthy. A new wave of the pandemic is forcing economies to restrict economic activity that is likely to squeeze services once again and put downward pressure on economic growth.

Rapid wage rises are thus only a theoretical possibility for now, with evidence still heavily skewed towards a more benign outcome.