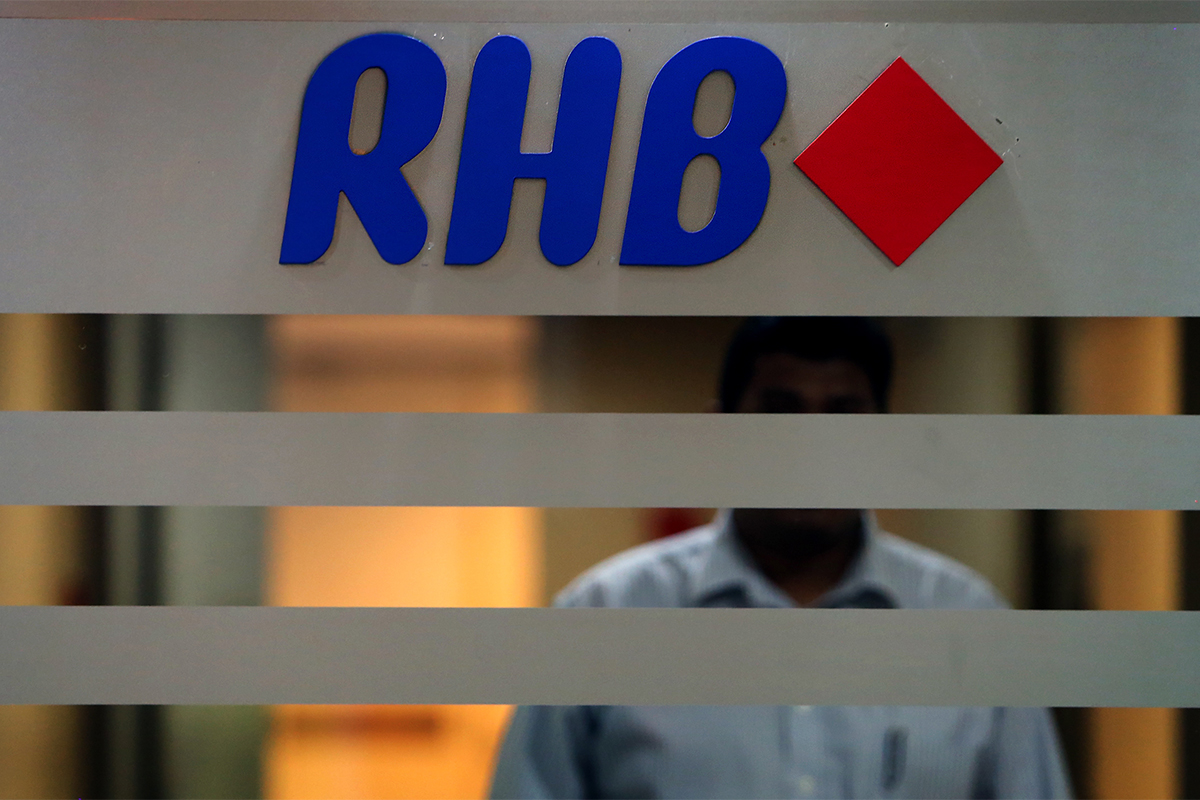 In a note, UOB Kay Hian analyst Keith Wee Teck Keong raised his earnings forecasts for RHB for FY21 to FY23 by 12%, 1% and 8% respectively after factoring in lower-than-expected operating expenditure and stronger loan growth assumptions.

In tandem with his earnings forecast upgrades, Wee raised his TP to RM6.90 (from RM6.30).

Wee kept his “buy” recommendation for RHB Bank for its industry-leading Common Equity Tier 1 ratio of 16.8%, which could provide the scope for an upside surprise in dividends.

He favoured RHB Bank due to its attractive valuations and above-industry loan growth. CGS-CIMB Research analyst Winson Ng, who maintained his “add” call for RHB Bank, also raised his core earnings per share (EPS) forecasts for RHB Bank for FY22-FY23 by 3%-4% due to overhead cuts, following a slight reduction in his earnings projection by 1.3% for FY21 after factoring in a modification loss amounting to RM209.3 million.

Excluding the impact of the modification loss, Ng said his core EPS forecasts for RHB Bank were raised by 3%-5% for FY22-FY23.

Meanwhile, he sees a rerating catalyst for RHB Bank given its above-industry loan growth and strong earnings momentum with its record-high quarterly core net profit for the past two quarters,

On top of that, Ng commented that RHB Bank’s current valuation is attractive as it trades at 8.4 times calendar year 2022 price-earnings, below than its peer average of 11.7 times.

Ng added that his “buy” call for RHB Bank is also underpinned by the bank’s “enticing” dividend yields estimated at 5%-6% for FY21-FY22.

Ng, on the other hand, said RHB Bank’s 9MFY21 core net profit (excluding the modification loss of RM209.3 million) was above expectations as it accounted for 86% of both his and Bloomberg consensus full-year estimates.