APAC office markets on the mend 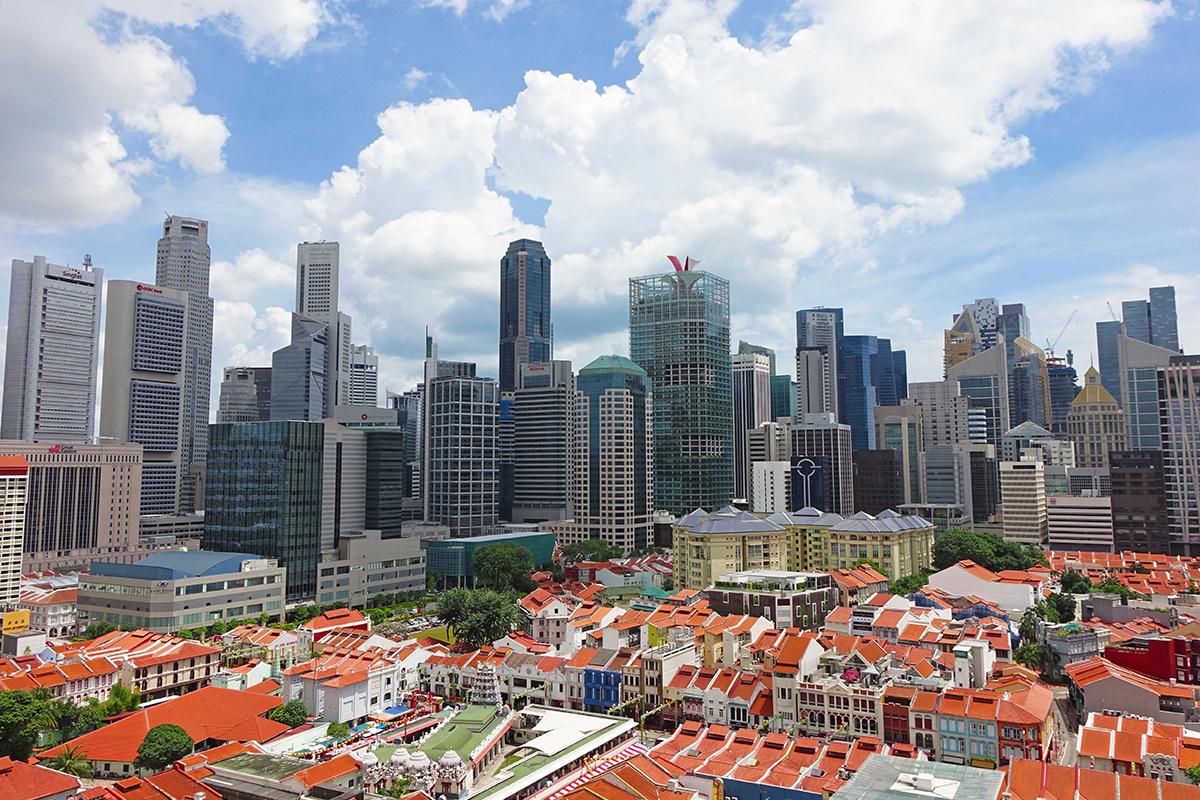 With many markets succeeding in containing the pandemic and slightly relaxing restrictions on business and social activities over the past six months, there has been a significant improvement in business sentiment across Asia-Pacific (APAC) this year, according to CBRE’s “Asia Pacific Future of Office Survey” report released on July 22.

These insights were obtained from CBRE’s latest occupier sentiment survey conducted from May 3 to June 4. As companies gradually return to expansionary mode, the report highlights key occupier trends and analyses whether occupiers are moving towards the new normal.

The report shows that 71% of respondents believe the current business conditions are improving, marking substantial progress from the two surveys conducted by CBRE in April and October 2020. Greater China and the Pacific showed the highest confidence, while India and Southeast Asia were less optimistic as they struggled to contain a new wave of infections.

The unpredictability of infection rates will continue to weigh on the pace of the regional recovery for the foreseeable future. “The rapid increase in vaccination rates in mature Asian markets and the reopening of offices globally, however, will further strengthen corporate confidence in managing the pandemic,” the report said.

“While the average office utilisation rate in APAC slightly improved to 49% in May, the pace of returning to the office across the region varies and is expected to fluctuate regardless of the economic recovery. Markets in Greater China had the highest office utilisation in May, whereas office utilisation in Southeast Asia and India has decreased since the previous survey due to the reintroduction of restrictions on office capacity.”

The office utilisation rate is expected to fluctuate in tandem with sustained increases or decreases in infection rates. “Several cities in Australia, Japan, Korea and Taiwan have recorded improved office utilisation, subsequently introducing restrictions on office capacity due to increased Covid-19 cases in June,” the report said.

CBRE advised occupiers to adopt a flexible approach towards remote working while remaining on standby to reopen offices. Many companies had implemented incentive policies to encourage employees to get vaccinated.

The adoption of hybrid working

The survey showed that almost 47% of respondents are supportive of hybrid working. With the adoption of hybrid work, companies need to enhance their workplaces to deliver the type of seamless and engaging experiences that remote working cannot.

“The number of companies encouraging employees to work from home and come to the office only when needed declined to only 6%, half of that recorded last year. However, several major organisations are conducting pilot studies on the feasibility of remote-based working before they commit to large-scale implementation,” the report said.

Most companies expect employees to work in the office most of the time despite the wider adoption of hybrid work, with remote working likely to happen only one day a week. CBRE noted that the biggest shift from last year’s surveys is that some employees who previously worked at the office daily are expected to work remotely one or two days monthly, indicating that hybrid working will be the new norm. As most companies will continue to require employees to spend most of their working week in the office, the adoption of such practices will have only a limited downside impact on future office demand.

“While hybrid working is anticipated to see a greater adoption among Western multinationals, with recent months seeing several large multinationals announcing plans to shift to a three-day-in-the-office working week, Asian companies expect most of their employees to continue to work from the office most of the time.”

The survey showed that 72% of respondents will introduce guidelines to remote work eligibility and schedule, but companies are still formulating best practices covering hybrid working policies. While several major firms recently announced formal remote working policies and office reopening, some employees seek greater flexibility. Hence, employee expectations should be considered to allow for a transition period towards the new normal.

According to CBRE, Asian companies show a stronger appetite for expansion, as tech companies, investment houses and insurance firms expect higher growth in demand. While consolidation remains a focus among many multinationals, some still possess a healthy long-term appetite for expansion, with tech firms set to be among the most prominent drivers of office demand.

“Although expectations of long-term portfolio growth are positive, leasing activity remains subdued in the short term as occupiers are cautious in portfolio planning. Lease renewals and renegotiations will be the main focus over the next six months, with limited expansions anticipated. With companies adopting an agile approach towards space requirements, they expect to increase their use of flexible space or incorporate flexible options in leases.”

CBRE stated that increasing portfolio flexibility remains high on the occupier agenda, with about one-third of respondents planning to increase their use of flexible office space, including co-working or serviced offices. While 26% of them prefer consolidating multiple offices to fewer locations, about one-fifth are taking advantage of weak leasing markets to upgrade to higher-quality buildings.

For occupiers who plan to assemble more diverse portfolios using satellite offices, moving to decentralised locations or adopting a hub and spoke model, they should closely monitor and assess this strategy as it is still an emerging trend.

The report also noted that the use of flexible space in corporate real estate portfolios will become more important in the short term. Over 70% of respondents plan to include flexible space in their office portfolios two years from now — a sizeable increase from the current 57%. A broader offering, including on-demand meeting spaces and customised private suites, is becoming available as the flexible space industry continues to evolve to meet occupier requirements.

“Flexible office operators and landlord-backed brands are differentiating themselves by providing premium service offerings featuring advanced technologies for enterprise clients. Despite stronger interest in using flexible space, the proportion of flexible space as a percentage of overall office portfolios is expected to remain stable, maintaining below 25% in most cases.”

Occupiers continue to believe that the office is more effective in supporting collaboration, team productivity, employee engagement, innovation and employee learning and development. “Respondents’ belief in the ability of the office to drive improvement across these criteria improved on the previous survey conducted last October, which highlights why companies are so keen for employees to return to the office,” the report said.

“Due to concerns on the potential transmission of Covid-19 during commutes and inside dense workplaces, remote working was rated as being better for employees’ health and well-being. Some employees who have been working from home for a prolonged period, however, are struggling with mental health issues and isolation.”

In response to evolving working styles, occupiers are also showing stronger intentions to increase “we” space. Two types of space that are likely to show increased demand are spaces for unscheduled catch-ups and communal spaces for socialising.

As more meetings are conducted online, the report said that occupiers are expected to require less space for large boardrooms, which will create opportunities to add more small meeting rooms and private phone booths. Concurrently, space per capita will continue to decrease despite short-term demand for social distancing and, therefore, companies should ascertain space allocation, based on their unique culture and context as there is no one-size-fits-all solution to workplace design.

The advent of hybrid working also made companies rethink seating arrangements. “Flexible or unassigned seating will allow employees to share desks to improve space efficiency. Seating arrangements and workplace strategies, however, cannot be driven solely by the objective of optimising space efficiency and utilisation. These concerns must be balanced with the corporate culture, individual and team working patterns, and talent recruitment and retention,” the report said.

Seating plan preferences differ markedly between Asian and Western companies. “As most Asian companies have no intentions to adopt hybrid working, nearly half of the respondents from this group prefer to assign dedicated seats for their staff. Whereas Western companies, already having adopted activity-based working, will continue to adopt flexible seating for their evolving workforce,” the report noted.

Over 60% of companies also plan to increase the staff-to-desk sharing ratio, with around one-fifth intending to introduce desk sharing in the next two years. CBRE pointed out that the shift in desk-sharing ratio will be more aggressive among Western companies, with some planning to exceed a sharing ratio of three, while Asian companies tend to have traditional seating arrangements with little or no desk sharing.