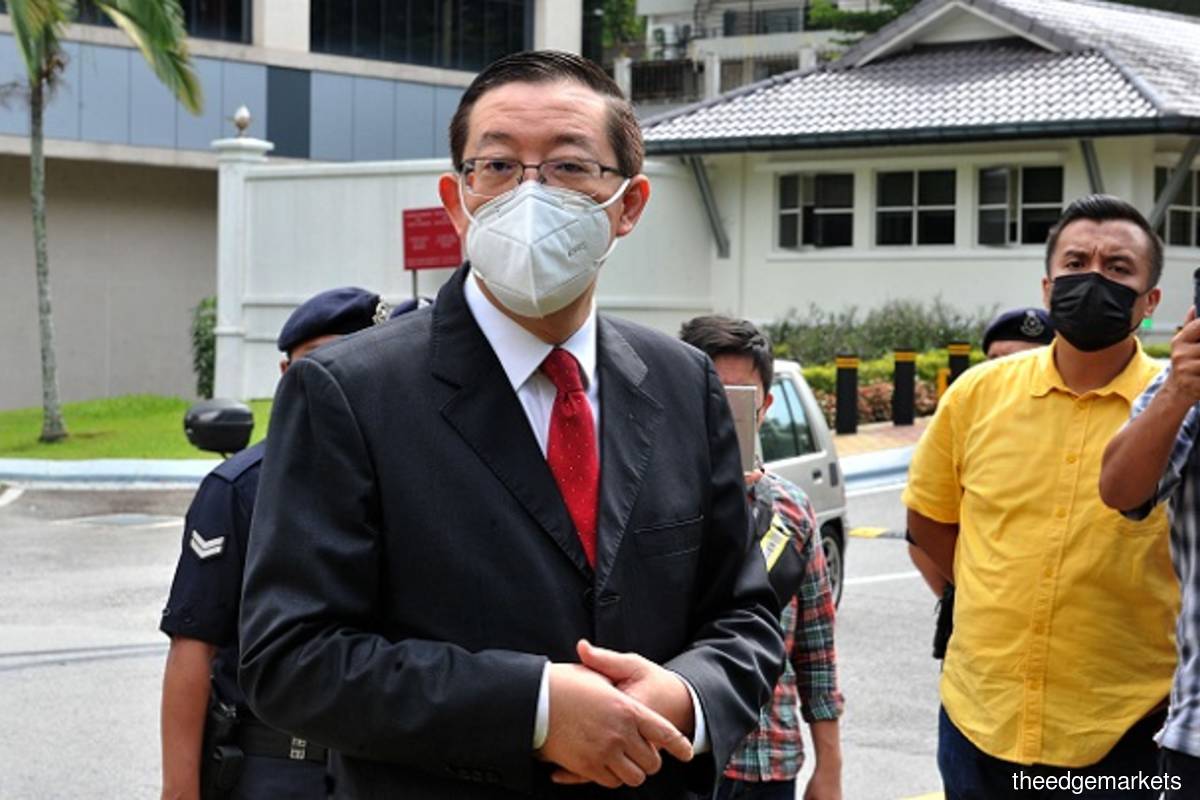 PUTRAJAYA (Oct 27): The Court of Appeal on Wednesday has reserved its judgment on an appeal made by former Penang chief minister and Bagan member of Parliament (MP) Lim Guan Eng for his undersea tunnel graft trial to be transferred from the Sessions Court to the High Court.

Justice Datuk Nor Bee Ariffin, who chaired the three-member bench, said they will reserve their decision as more time is required to make a decision.

“We need more time to make a decision. We take into account (that) the trial is continuing next week; our decision will come later,” Justice Nor Bee said.

The other members of the bench were Justices Datuk Che Mohd Ruzima Ghazali and Datuk Hashim Hamzah.

Shaharuddin argued that the High Court decision is non-appealable, as it does not fall within the definition of a decision under Section 3 of the Court of Judicature Act (CJA) 1964, as the trial in the Sessions Court is still ongoing.

According to the Act, a “decision” means a judgment, sentence or order, but does not include any ruling made in the course of a trial or hearing of any cause or matter which does not finally dispose of the rights of the parties.

“When the learned High Court Judge dismissed the said application and ruled that the trial shall take place at a lower court as [against the wishes of] the appellant [Lim], such decision is not construed as a final judgment for the appellant due to its interlocutory nature,” he added.

He labeled the appeal as “incompetant and premature” as it is interlocutory — meaning it is not a judgment or order that is final, and does not finally dispose of the rights of parties in trial — which means it is not defined as a decision, a per Section 3 of the Act.

Meanwhile, Gobind argued that the ruling was not made in the course of the trial at the Sessions Court and that the application was a standalone.

Additionally, Gobind added that the High Court judge erred when he did not appreciate that there were points of law in the defence’s argument which needed to be resolved in the Federal Court.

“The problem with these points of law being taken up in the Sessions Court, is that the final appeal from a Sessions Court judgment is the Court of Appeal,” he reasoned.

Gobind said that the trial should be transferred and held at the High Court, so that the final appeal would be at the Federal Court, where the judgments could be revisited.

On July 12, the High Court had dismissed the former Penang chief minister’s application to transfer his undersea tunnel graft trial from the Sessions Court to the High Court.

On Aug 7 last year, Lim was charged in his capacity as the then chief minister of Penang to have solicited gratification to help Consortium Zenith Construction Sdn Bhd secure the undersea tunnel project.

He is alleged to have sought 10% of the profit to be made by the company from its senior executive director Datuk Zarul Ahmad Mohd Zulkifli.

Subsequently on Aug 10, Lim was charged in the Butterworth Sessions Court with using his position as the then chief minister of Penang to receive RM3.3 million in gratification for himself as an inducement for helping the company to secure the project valued at RM6.3 billion.

On Sept 11, the Bagan Member of Parliament was charged in the same court with two counts of causing two plots of land belonging to the Penang government worth RM208.8 million to be disposed of to two companies that were linked to the state’s undersea tunnel project.

Lim has claimed trial to all four charges.