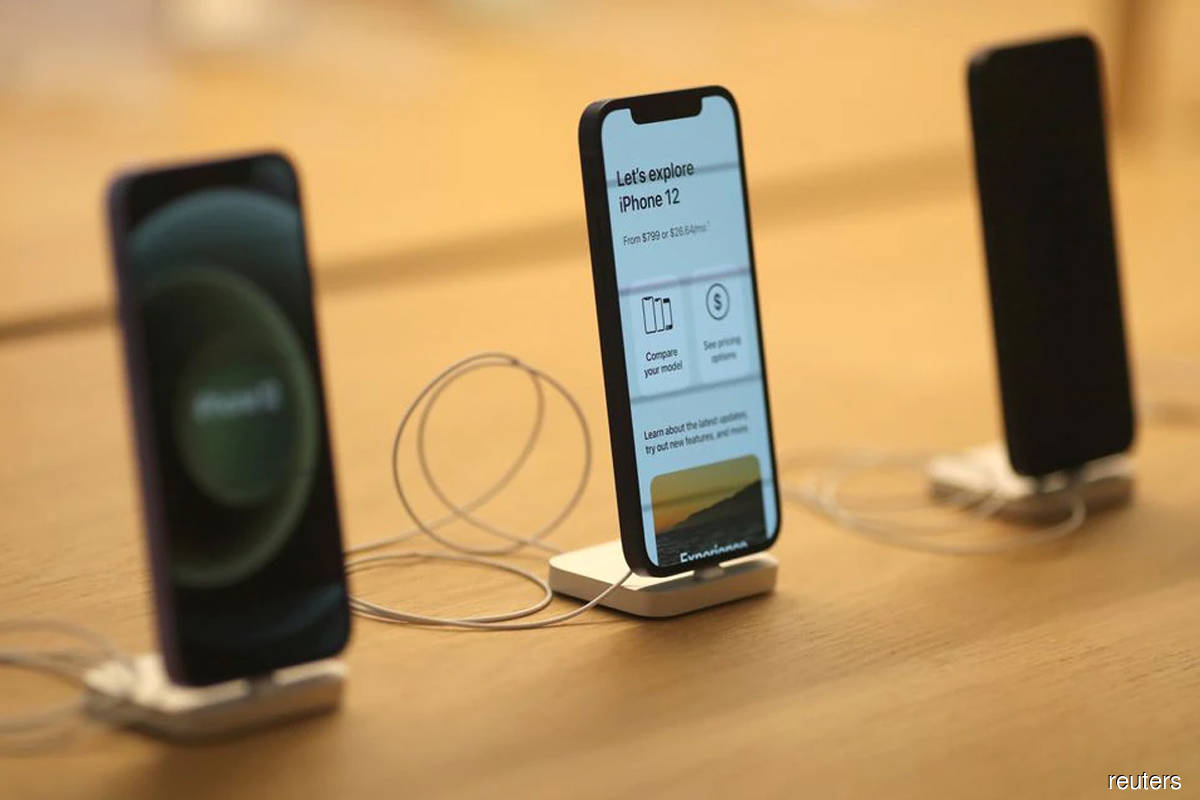 (Oct 13): Apple Inc is likely to cut down production of the iPhone 13 by as many as 10 million units due to the global chip shortage, Bloomberg News reported on Tuesday, citing people familiar with the matter.

The company was expected to produce 90 million units of the new iPhone models by the end of this year, according to Bloomberg and the report added that Apple told its manufacturers that the number of units would be lower because the tech giant's chip suppliers including Broadcom Inc and Texas Instruments are struggling to deliver components.

Shares of Apple fell 1.2% in after-hours trading, while those of Texas Instruments and Broadcom were both down about 1%.

Apple declined to comment. Broadcom and Texas Instruments did not immediately respond to Reuters' requests for comment.

In July, Apple forecast slowing revenue growth and said the chip shortage, which had started eating away at its ability to sell Macs and iPads, would start impacting iPhone production. Texas Instruments also gave a soft revenue outlook in the month, hinting on chip supply concerns for the rest of the year.

The chip crunch, including shortage of components and raw materials like substrates, has surmounted immense pressure on industries from automobiles to electronics, leading many automakers to even temporarily suspend production.

Analysts have warned that Apple's customers will have to wait for longer to lay their hands on the new iPhone 13, with supply chain bottlenecks and strong demand leading to one of the longest waiting times for the phone in recent years.