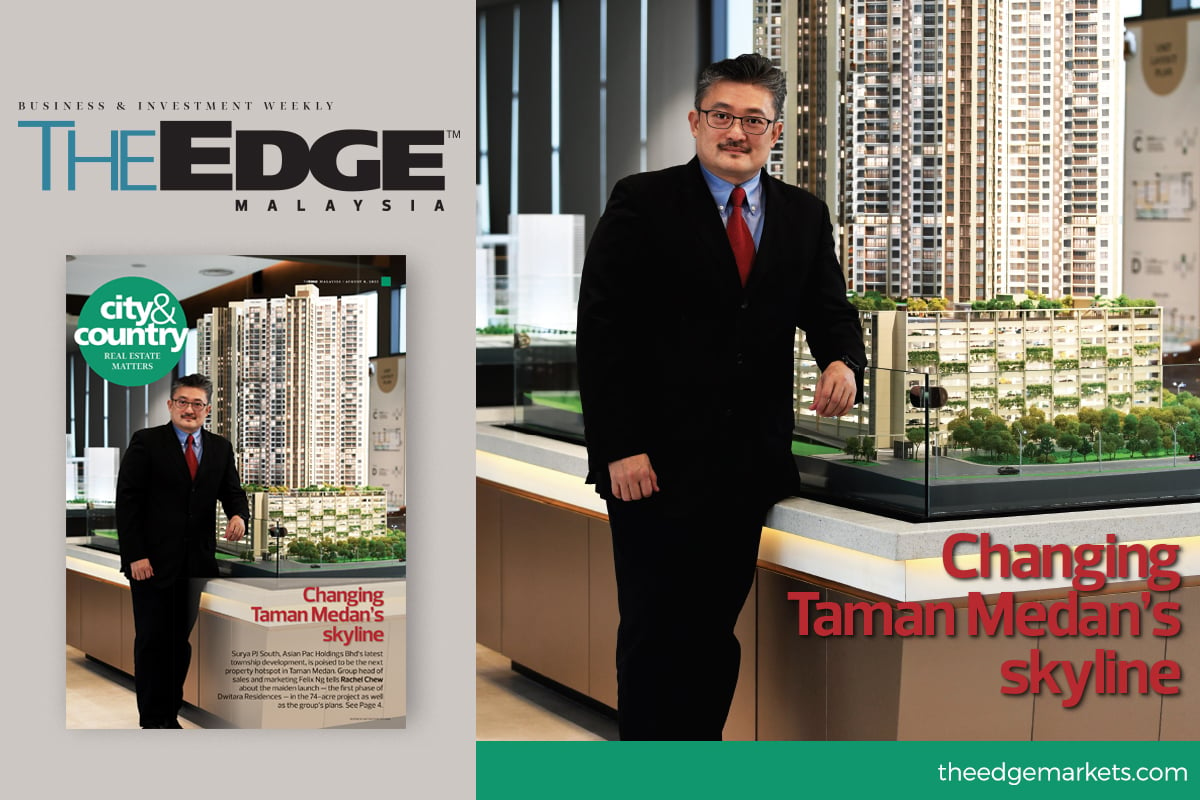 KUALA LUMPUR (Aug 7): Located in the heart of Taman Medan, the 74-acre Surya PJ South township development is the latest launch of Asian Pac Holdings Bhd, one of the oldest developers in the nation. It will comprise residential and commercial components as well as amenities such as a public park, police station and community complex.

While the overall masterplan is still being finalised, Asian Pac has opened the first phase of Dwitara Residences, which is the first residential project of Surya PJ South, for sale on July 15. The product has received an overwhelming response where all 439 condominium units were fully sold within two days.

The 43-storey twin towers — Dwitara Residences — will comprise 878 units in four layouts with built-ups ranging from 847 to 1,236 sq ft. Selling prices for the first tower start from RM399,000, or an average of RM450 psf. The gross development value of the development is RM465 million.

Some of the innovative design features of Dwitara Residences are the wall separating a bedroom and the living room with double sliding doors, and the dual-key units come with separate electric and water meter boxes under the same bill.

The developer has adopted the innovative "carpark on the same level" design for some premium units.

"If you have ever lived in a high-rise building, you will understand the inconvenience of long waits at the lifts, especially during rush hour. We have only six special units with built-ups of 847, 982 and 968 sq ft from levels three to seven, where your two designated car park bays will be on the same level as your unit," Asian Pac's head of sales and marketing Felix Ng tells City & Country in an exclusive interview.

Read more about it in The Edge Malaysia weekly's Aug 8 edition.