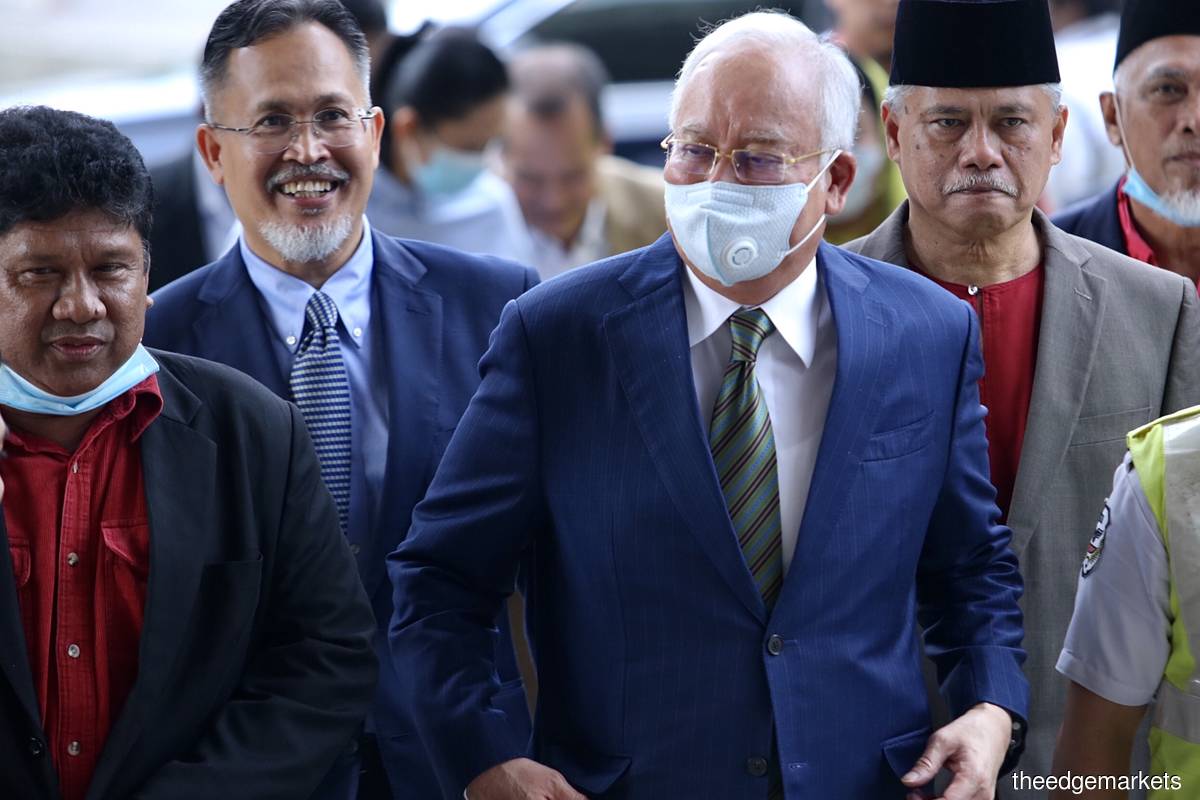 KUALA LUMPUR (July 23): Former Prime Minister Datuk Seri Najib Razak will know on Aug 7, the fate of his bid to strike out the charge of tampering with the 1Malaysia Development Bhd (1MDB) audit report.

Najib applied to strike out the charge after Justice Mohamed Zaini Mazlan permitted the prosecution to amend the charge. The judge ruled that the amendment does not constitute a prejudice to Najib.

In his submission, Shafee rejected Zaini’s reasoning, saying the prosecution should not be allowed to amend the charge midway through the trial.

“There can be an abuse of court process, so the striking out bid is to safeguard the accused from oppression and prejudice.

“This court has jurisdiction to either strike out or stay the charge, in order for this abuse to continue,” he said.

Zaini interjected while Shafee was submitting to ask why the defence was seeking to strike out the charge now, instead of doing so during its submission at the end of the prosecution’s case.

“If you do this at the end (of the prosecution’s case), you can then see if the court finds that the prosecution has established a prima facie case against the accused (Najib),” Zaini said.

In response, Shafee said the court had the judicial power to expedite the process to allow the defence to strike out the charge.

Sri Ram however argued that the striking out bid should be dismissed, as the prosecution’s case was still at the preliminary stages of presenting evidence.

Thus far, only seven witnesses have testified in the trial.

Sr Ram also submitted that a very difficult test and high threshold is required to support an accused’s claim that he has suffered oppression or abuse of the court process.

He said that Najib’s claim of oppression is not strong enough and does not pass the test, as he is claiming oppression after being charged.

“Oppression must be something more than a charge. It must involve other circumstances around the charge,” the prosecutor said.

Sri Ram also argued that because the prosecution’s case is not complete, the points raised by the defence are irrelevant.

Najib is charged with abusing his position to order amendments to the 1MDB final audit report to avoid any action being taken against him. Charged together with him is former 1MDB CEO Arul Kanda Kandasamy as an abettor.

Both of them are charged under Section 23(1) of the Malaysian Anti-Corruption Commission Act 2009, which provides a jail term of up to 20 years and a fine of no less than five times the amount of gratification or RM10,000, whichever is higher, upon conviction.