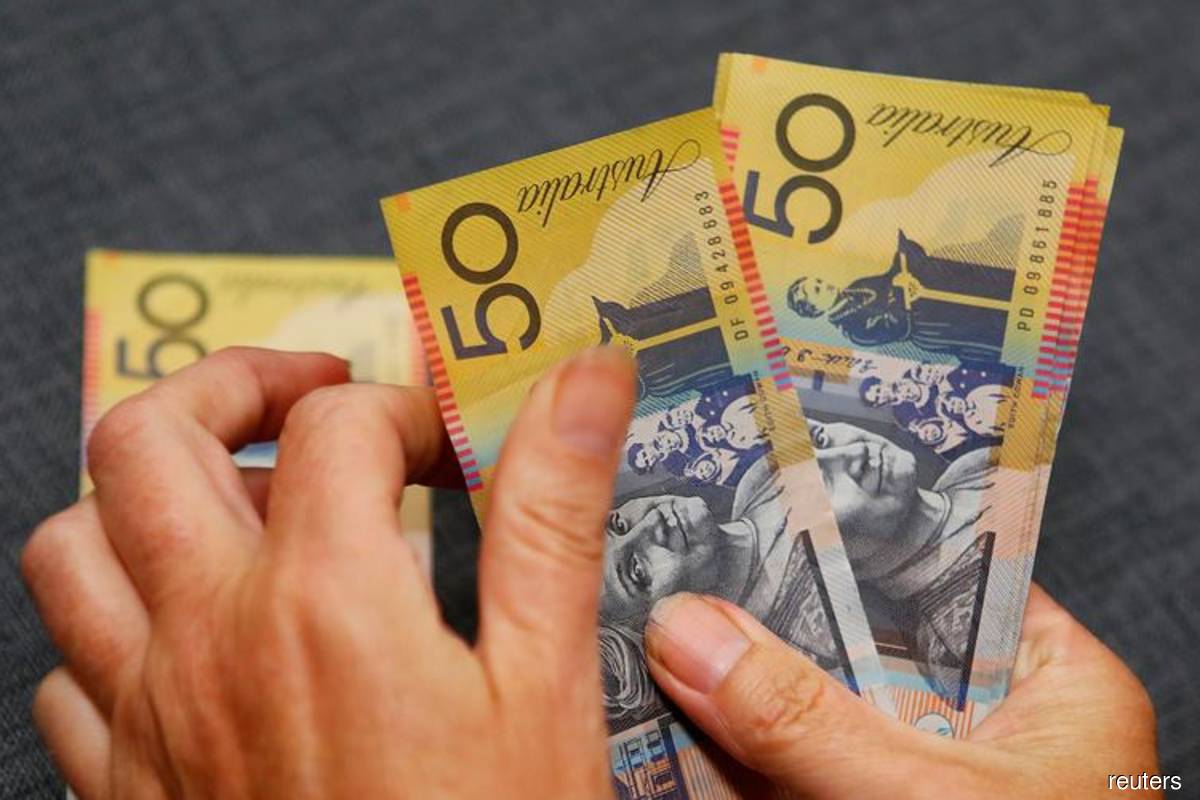 SYDNEY (Sept 7): The Australian dollar fell on Tuesday after the Reserve Bank of Australia stuck to plans to taper its bond buying but extended the length of the programme as the economy struggles with coronavirus lockdowns.

The currency was 0.27% lower at $0.7419 at 06:21 GMT, reversing earlier gains made after the RBA surprised some by cutting its bond buying by A$1 billion ($745.20 million) a week to A$4 billion. The extension of the programme to at least mid-February was seen as a dovish concession.

There had been some expectation it would delay the tapering altogether given stay-at home orders in Sydney, Melbourne and Canberra were set to cause a vicious economic contraction this quarter.

"The Aussie went up because the RBA tapered, and only about half of economists expected that. The reason it then went down is because the RBA will buy at a rate of 4 billion a week for longer," said Joseph Capurso, head of international economics at Commonwealth Bank of Australia.

"The fact that they are happy to taper, but are going to keep it going for longer tells you that they're still injecting quite a lot of stimulus into the system."

The RBA concluded its September Board meeting by keeping interest rates at a record low of 0.1% as widely expected.

Yields on Australia's 10-year paper were steady at 1.268%, while 3-year yields fell three basis points after the rate decision to stand unchanged on the day at 0.294%.

Across the Tasman sea, the New Zealand dollar tracked the Aussie lower and stood 0.22% lower at $0.7117. But it still hovered around a recent multi-month high of $0.7170, as the country appeared to have had some success in containing a recent COVID-19 outbreak.

On Tuesday, local infections in New Zealand rose very slightly, ahead of the relaxing of restrictions in all regions outside Auckland, its largest city.