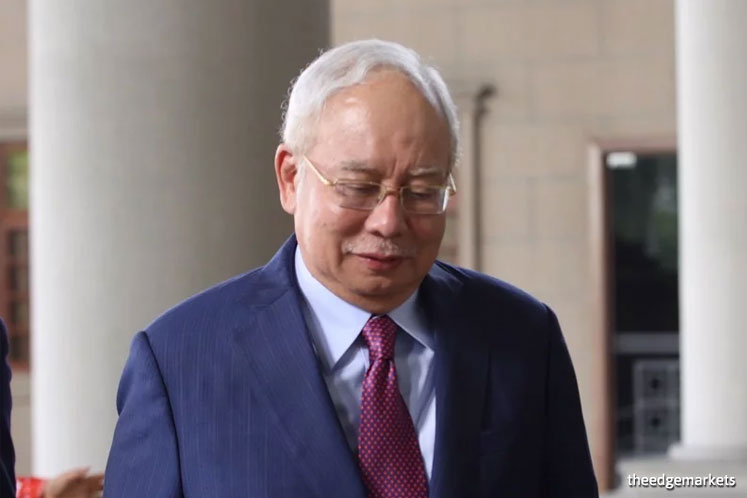 PUTRAJAYA (March 17): Former police officer Chief Inspector Azilah Hadri, convicted with murdering Mongolian lady Altantuya Shaariibuu with another cop, has indicated they are opposing former premier Datuk Seri Najib Razak's application to intervene in his review of the conviction and sentence at the Federal Court.

At the same time, Kuldeep Kumar also confirmed that the Attorney-General’s Chambers had indicated that they are opposing the review and intend to file their affidavit in reply.

However, according to the lawyer, Azniza will give further directions on these issues by Thursday (March 19).

“This follows the AG's objection to Azilah's review and our objection to Najib's application and their affidavit in reply that was filed late after being given an extension twice until Feb 17, 2020. We only received the reply from Najib handed to us today.

“Furthermore, we are objecting to the AG's application to reply to our affidavit by the end of this month, as they had failed to seek an extension. They were supposed to file it by Jan 31 and did not seek an extension. For this reasons, Azniza is giving her directions on this by Thursday,” Kuldeep Kumar added.

The lawyer said the hearing fixed on April 20 next month is still maintained.

Kuldeep's assertion that the AGC’s direction to oppose the review is also confirmed by counsel Sangeet Kaur Deo who held a watching brief for Altantuya's family.

The AGC was supposed to file an affidavit in reply to Azilah's application by Jan 31, 2020 but had not done so till today.

Altantuya's father Setev Shaariibuu and her two children had filed a RM100 million suit in 2007 over her death as a result of her murder. There is an ongoing civil trial at the Shah Alam High Court.

It had temporarily halted as trial judge Justice Vazeer Alam Mydin Meera was elevated to the Court of Appeal but it had been fixed to continue before the same judge, said Sangeet.

The Mongolian was blown up by Azilah and one Corporal Sirul Azhar Umar at a forest in Puncak Alam between 10pm on Oct 18 and 1am on Oct 19, 2006. Initially the duo was charged along with political analyst Abdul Razak Baginda.

However, Abdul Razak was acquitted without his defence called at the High Court, while the duo was convicted.

Azilah and Sirul appealed to the Court of Appeal where they were unanimously acquitted of the offence. However, on the prosecution's appeal to the Federal Court, the apex court had on January 2015 upheld the High Court's decision to convict them of the murder and sentenced them to death.

Sirul Azhar had left the country for Australia before the January 2015 judgment date and is presently held there.

Last Dec 5, it was reported that Azilah, who is now on death row at Kajang prison, had filed an application to review under Rule 137 of the Rules of the Federal Court 1995, with an order for a retrial.

Azilah had affirmed a statutory declaration, claiming the order to kill the Mongolian came from Najib.

As a result, Najib, had on Dec 17, instructed his lawyers to intervene in Azilah's review. The former premier and Pekan Member of Parliament had also supposedly made a religious oath at the Kampung Baru mosque denying any involvement in the murder.

The police had reinvestigated the matter and took statements from Najib and handed the papers to the AGC.