Bauxite mining to only continue once SOP adhered to, says Dr Xavier 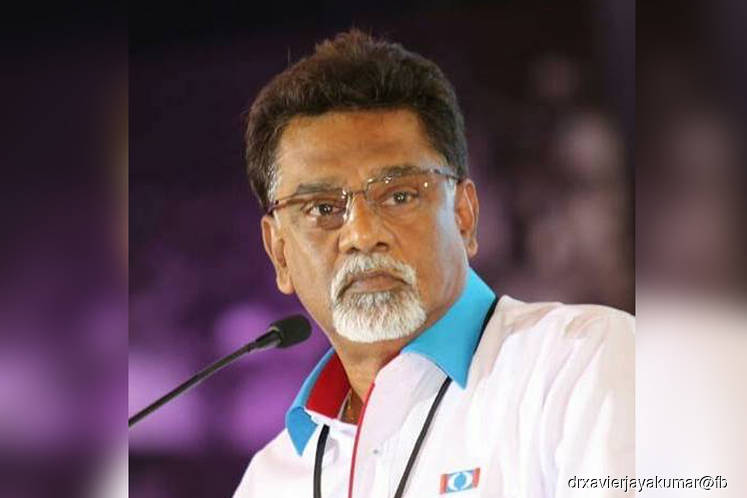 KUALA LUMPUR (March 13): Minister of Water, Land and Natural Resources Dr Xavier Jayakumar clarified today that although the moratorium on bauxite mining and exporting in Kuantan, Pahang will be lifted on March 31, it will not mean that mining activities can continue starting April 1.

In a press briefing at the Parliament today, Xavier said mining activities can only be restarted after the instruction to stop bauxite mining operations issued in January 2016 is withdrawn as stipulated under the Mineral Development Act 1994 (Act 525).

"I would like to stress that the instruction to stop mining operations will only be withdrawn after all concerning parties are ready to implement and enforce the standard operating procedures (SOP) of the Pahang State Bauxite Mining and Export Activities to ensure that bauxite mining activities are operated in a sustainable manner," he said.

Xavier said the SOP will impose stringent requirements covering the whole chain of mining activities, starting from the pre-mining stage until the post-mining stage, including recovery plans, logistics and stockpile handling at the port.

"This action is taken to safeguard the sustainability of the mining industry, the safety and well-being of the people and the protection of the environment," he said.

Xavier added that the Mineral and Geoscience Department (JMG) will not issue the Operational Mining Scheme (OMS) approvals to mining licence holders until all OMS requirements are met, especially the required Environmental Impact Assessment (EIA) approval.

It was noted that the ministry will issue a notice on March 31 regarding the public hearing which will be held with all stakeholders including non-governmental organisations related to the environment, local people and the general public on April 14 in Kuantan via the website www.kats.gov.my and mass media.

The public will also be able to access and scrutinise the SOP starting March 31 on the ministry's web page.

On Feb 18, Xavier announced that the moratorium on bauxite mining and export would not be extended beyond March 31. The current moratorium has been extended on nine occasions since it was first introduced in early 2016 after environmental pollution caused by the mining activities became rampant.