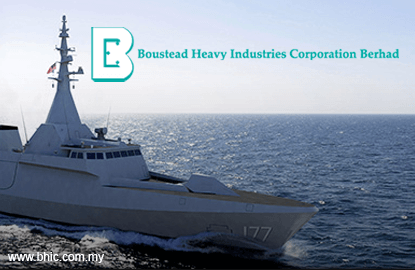 This article first appeared in The Edge Financial Daily, on January 6, 2016.

KUALA LUMPUR: Boustead Heavy Industries Corp Bhd (BHIC) yesterday clarified that the disposal of its three Chulan chemical tankers was because net operating returns from the continued chartering of the tankers were minimal, and insufficient to cover financing and maintenance costs.

“This fact was reported in regular quarterly reports to Bursa Malaysia and in the relevant annual reports, and comments have been made consistently about the unsatisfactory financial returns from the chartering business,” it said in a statement yesterday in response to an article that appeared in The Edge weekly’s “Frankly Speaking” column, in its Jan 4 to 10 edition.

In the article, The Edge said BHIC should explain why it ventured into the tanker business four years ago in the first place; the difficulties it faced and why it decided to fold after BHIC announced on Dec 23 that it would be disposing of its three chemical tankers to Jasa Merin (Labuan) Plc for a combined US$17.1 million (RM74.04 million) or US$5.7 million each, the proceeds from which would be used to reduce existing loans and borrowings.

“Rather than provide for significant capital losses on the unfinished vessels, the decision taken at that time was to complete the vessels and put them out for charter with a view to earning profits, based on management judgement at that time,” BHIC said.

The three Chulan tankers were completed in 2011, and although they were employed “almost continually” since their completion, “the net operating returns were minimal and insufficient to cover financing and maintenance costs, in line with the continuing overall weakness in the shipping sector.”

Given the current market conditions for charter rates and the continued slump in oil prices, the financial outlook for the chartering business is considered to be unattractive, it noted. Hence, it decided to dispose of the tankers.

BHIC said the disposal will result in a loss of about RM12 million, the difference between the book value and selling price of the assets, and is the sole criterion for determining any profit or loss on disposal.

“When assets are held for sale, as was the case for the Chulan tankers from mid-2015, [the] standard accounting practice is that the book value of the assets is always the lower of cost adjusted for diminution in value, and the market value of the assets.

“An increase in the book value is not possible under standard accounting practice, and the assertion in the article that this might be so and could have led to an even greater loss is fundamentally unsound,” it added.

BHIC also noted that if the Chulan tankers had not been sold, a provision for diminution in value of about RM12 million would still be required in its financial year 2015 (FY15) accounts.

Additionally, without the disposal, estimated depreciation, compulsory special maintenance costs of all three vessels and interest expenses in 2016 would have exceeded RM14 million, in extra charges against its consolidated earnings for FY16.

“The rationale for [the] disposal of the Chulan tankers is [therefore] considered to be compelling,” it stressed.