Biden goes all-in to end deadlock with US$1.75 tril blueprint 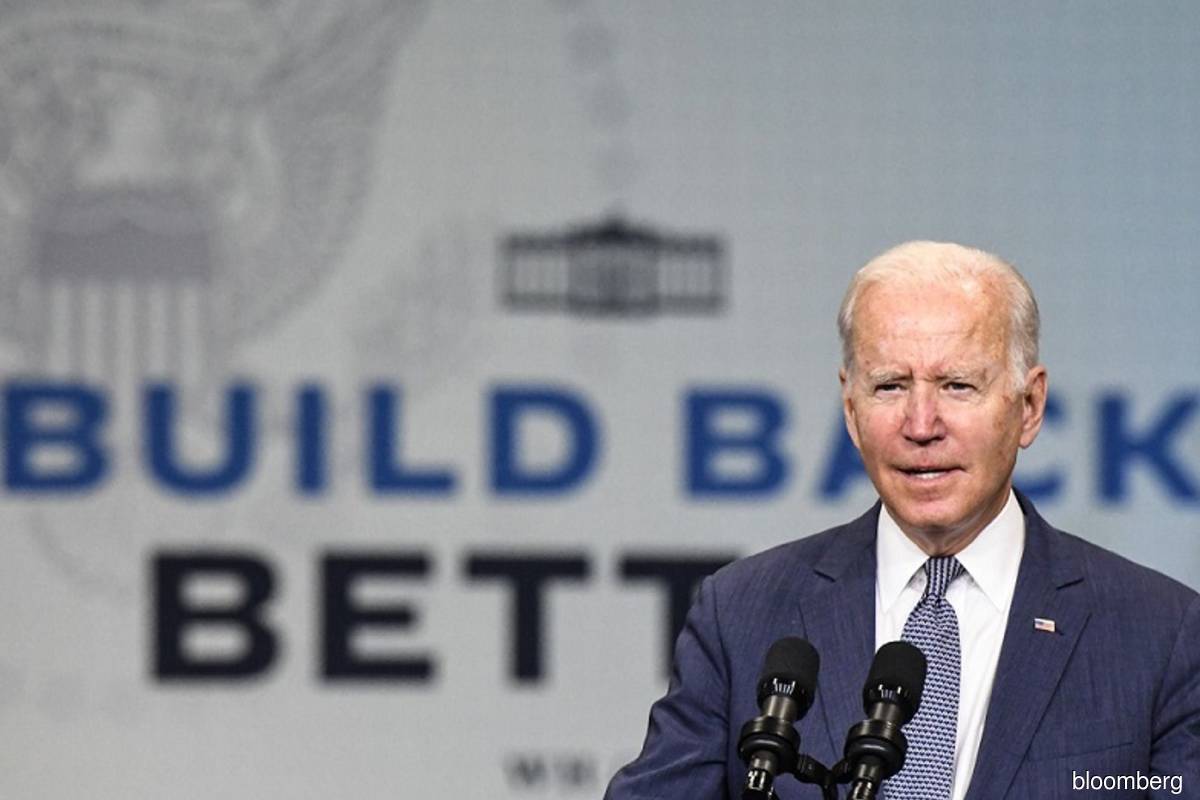 WASHINGTON (Oct 28): President Joe Biden unveiled a framework for a US$1.75 trillion tax and spending package his administration believes can pass Congress and urged House Democrats to quickly clear a separate public works bill for his signature, despite misgivings by progressives.

Biden visited Capitol Hill on Thursday to sell the package of tax increases and climate and social-welfare spending to House Democrats. The legislation would expand federal support for child care, health care and climate programmes, funded by a minimum tax on corporations, a tax on stock buybacks and new taxes on incomes above US$10 million annually.

Total new revenue from the measure is estimated at US$2 trillion over a decade, according to a White House fact sheet.

The president asked the lawmakers to break a deadlock on a separate, Senate-passed US$550 billion infrastructure bill and vote to send it to his desk, according to Representatives Mike Quigley of Illinois and Richard Neal of Massachusetts.

“It’s a good day,” Biden said as he arrived at the Capitol. “Everybody’s on board,” he joked to a reporter. “You are, aren’t you?”

Still, it’s unclear how far-reaching the agreement will be and whether enough lawmakers will sign on. Biden is confident that the package has the support of all 50 Democratic senators and that it will pass the House, officials familiar with the plan said, speaking on condition of anonymity ahead of Biden’s remarks.

It’s also not clear whether Pelosi will be able to leverage the outline of what Biden’s called “Build Back Better” to clear the infrastructure measure. Progressives have blocked action on that legislation until the larger social-spending measure advances in the Senate.

“I think we’re going to be in good shape,” Biden said as he left the meeting.

Biden will call for both pieces of legislation to pass whenever they’re up for a vote, but will defer to Pelosi on timing, the officials said.

Progressives have insisted that they won’t vote on the Senate’s public works measure until the Senate actually votes on Build Back Better. Representative Ilhan Omar of Minnesota said Thursday that position hasn’t changed.

“I’m a no on infrastructure until we get the other bill,” she told reporters before heading into the meeting with Biden.

Biden is scheduled to address the public at 11:30 a.m. before leaving for the Group of 20 summit in Italy.

Provisions of the Build Back Better framework include:

The White House’s fact sheet also raises the possibility that an immigration overhaul will be included, but the scope isn’t clear. The fact sheet forecasts a cost of US$100 billion for immigration measures, in addition to the US$1.75 trillion topline.

The Build Back Better legislation will advance in the Senate under so-called budget reconciliation rules that prohibit a Republican filibuster. But those rules also limit the bill’s provisions, making new immigration measures more difficult to include.

Among provisions excluded from the framework are a deal on expanding Medicare to include dental and vision coverage and agreements on prescription drugs or any paid family leave. There weren’t enough votes among Democrats for a prescription drug plan of sufficient scope, the White House officials said.

California Representative Scott Peters, who fought against a drug-price proposal from progressives, said there is still a chance that a slimmed-down version is added to the bill. Arizona Senator Kyrsten Sinema, a key holdout, reached a deal with the administration on prescription drug pricing, one person familiar with the measure said, but it’s not included in the framework.

The framework is also silent on revising the Trump-era cap on state and local tax deductions, but northeast Democrats said Thursday they are confident a two-year suspension will be added.

Some Democrats were hopeful after the White House released the outline. “It’s an amazing bill,” said Representative Ann Kuster, a member of the New Democratic Coalition made up of centrists.

A Democratic aide familiar with the talks says that lawmakers have been told two key Democratic senators — Sinema and West Virginia’s Joe Manchin — have loosely signed off on the framework but haven’t yet committed to voting for the bill and still have questions on various aspects of the package.

Representative Pramila Jayapal, a top progressive, said Thursday the framework is not enough for a vote on the infrastructure legislation. “It’s still very general right now,” she said.

Many of the provisions in Build Back Better will expire in coming years, making their extensions potentially dependent on Democrats maintaining control of Washington. Biden’s expanded child tax credit is extended for just one year, and the new childcare subsidy would last six years.

“It’s not conceivable to me that we’re gonna have to deal today,” Sanders told reporters. “To my mind, there is no way. I mean, I think we got revenue issues and everything else.”

Biden wanted to have an agreement, or at least a framework of one, on his broad spending plan when he arrived for a gathering of the Group of 20 leaders in Rome, followed by a United Nations climate summit in Scotland.

Climate activists were pleased with the outline.

“The Build Back Better framework announced by President Biden today is an astonishingly big deal,” said Collin O’Mara, president and CEO of the National Wildlife Federation. “US$555 billion dedicated to climate action is the largest investment in world history and puts us squarely on the path to reduce emissions by 52% by 2030, while centering equity at home and restoring US leadership around the globe.”

The White House announcement also comes just days before gubernatorial elections in Virginia and New Jersey. The Virginia race is particularly tight, with polls showing Democrat Terry McAuliffe tied with Republican Glenn Youngkin in a state Biden won by ten points. Democrats from Virginia have pleaded with Pelosi and the White House for more action on their agenda so they can demonstrate success to voters ahead of the election.