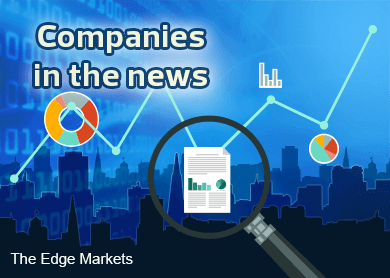 In a filing with Bursa Malaysia today, BLand said the Memorandum of Understanding (MoU) outlining the disposal of its 70% stake in GMOC to Carnival Group had lapsed on Dec 31, 2014, and the parties are no longer obligated to proceed with the proposed disposal of equity interest.

The Edge Weekly had reported on Jan 20 last year reported that Tan’s ambitious plan to build the world’s largest mall in China was delayed after missing the October 2013 deadline to complete Phase 1.

BLand shares closed up 4 sen at 84 sen today, bringing it a market capitalisation of RM4.19 billion.

In a filing with Bursa, Paramount said it has today signed a conditional sales and purchase agreement (SPA) with NCT for the proposed acquisition of land totalling 237.3 acres.

The land forms undeveloped portions of an on-going mixed development scheme known as Salak Perdana, that is currently being undertaken by NCT.

In a separate statement, Paramount said the land has an estimated gross development value (GDV) of RM1.1 billion, which will bring the group's total GDV to RM9.1 billion.

ACE-market listed Kanger International Bhd has proposed to undertake an issuance of redeemable convertible notes (RCN) programme of up to RM100 million today, together with a proposed diversification into property investment and management.

In a filing with Bursa, the China bamboo flooring manufacturer said it has entered into a conditional subscription today (Jan 2) with Advance Opportunities Fund and Advance Capital Partners Pte Ltd for the proposed RCN, which comprises of redeemable convertible commercial papers and/or redeemable convertible medium-term notes.

“The proceeds raised from the proposed RCN will be used to fund the expansion of dealerships, acquisition of land and construction of a commercial building, pursuant to the proposed diversification into property investment and management,” said Leng XingMin, the group’s managing director in a statement.

The contract is for 33 months and involves the building of three blocks of 32-storey serviced apartments with 998 units.

In a filing with Bursa, Sentoria said its 75%-owned subsidiary, Sentoria Utara Sdn Bhd, has signed a sale and purchase agreement (SPA) with Ideal Appraisal for the proposed acquisition of lands totalling 304.605 acres.

The completion of the acquisitions is expected in the first quarter of 2016.

“The lands are adjoining each other and are situated with 9.2km route from toll Sungai Petani Utara at Kuala Muda, Kedah and next to Ambangan Heights," it added.

Its shares closed at RM1.23 today, giving it a market capitalisation of RM554 million.

Brem told Bursa this afternoon that the disposal will reduce Brem’s stake in Titi Kaya from 50.5% to 48.3%. Consequently, Titi Kaya will no longer be a subsidiary but an associate company.

“The disposal is part of the internal re-organisation exercise of Brem’s Group of companies and it is expected to enhance contribution from the construction segment of the Brem Group of companies,” said the company.

It is expected to gain RM942,677 from the disposal, which it said will be utilised as working capital.

Property developer LBS Bina Group Bhd has declared a special dividend of 6 sen per share, which is payable on Feb 6 this year.

LBS Bina told Bursa that it has set an ex-date for the special dividend on Jan 23, with an entitlement date on Jan 27.

Shares of LBS Bina were unchanged at RM1.63 today, with 65,200 shares traded, giving it a market capitalisation of RM859.81 million.