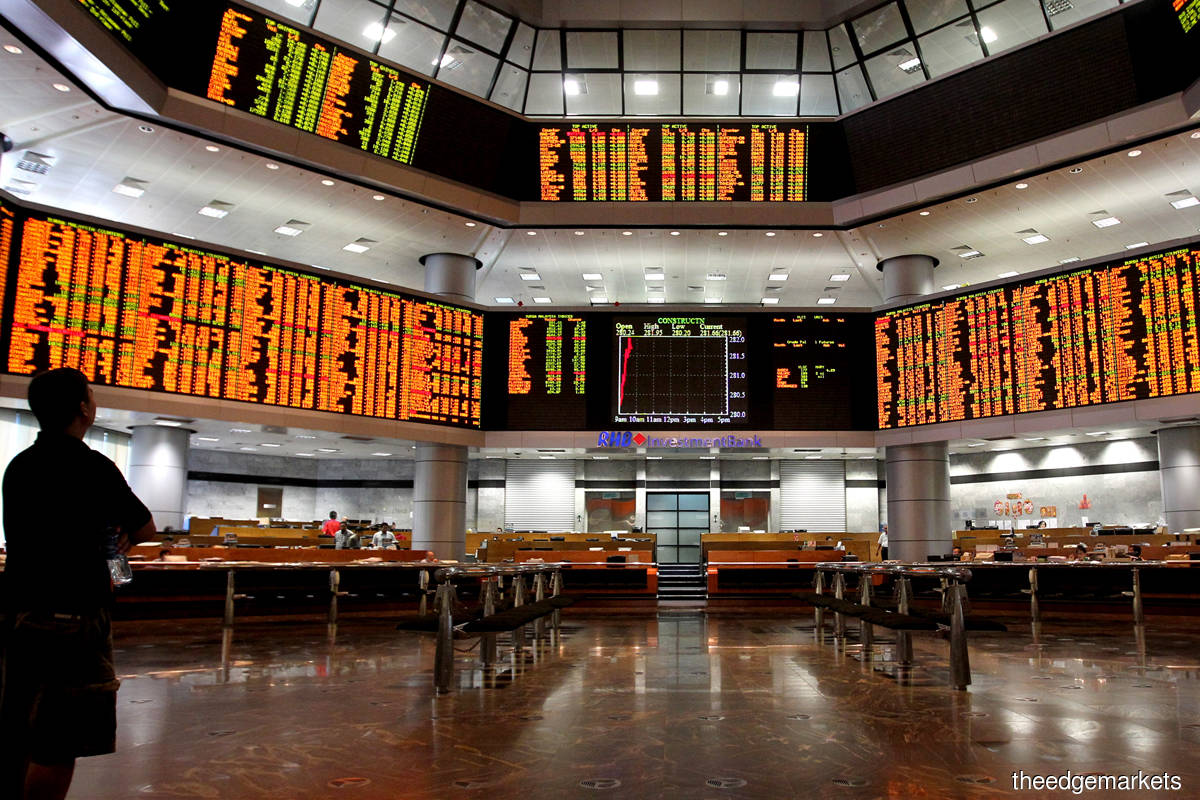 THE government’s surprise introduction of a one-off increase in tax on taxable corporate income of more than RM100 million for the year of assessment 2022 is expected to spook investors of large public-listed companies, and a knee-jerk reaction is expected on Monday when Bursa Malaysia opens.

Among over 900 public-listed companies on Bursa, 145 earned more than RM100 million in financial year 2019, while in FY2020, there were only 125 companies, based on Bloomberg data. The data also shows that only 113 companies managed the same level of pre-tax earnings across the last two years. Banks and big plantation companies appear to be the obvious targets.

Some economists, however, suggest that the measure be viewed on a net basis, as the companies may also benefit from government assistance in the form of investment tax allowances, the upskilling of local workers as well as various financial assistance.

“It is a one-off increase in tax. Basically, the government is asking those sectors that have done very well during the pandemic to help with the government’s finances. But it is one-off. It is essentially for companies that make a lot,” says Imran Yassin Md Yusof, head of research at MIDF Research.

“The danger, however, is that it can be repeated. We are hoping it will not. The increase is about nine percentage points from the base tax rate [but] will the increase cause net income to come off very much?” he asks.

Under Budget 2022, a “prosperity tax” of 33% will be levied on corporate incomes of more than RM100 million, while the first RM100 million will continue to be taxed at the base rate of 24%.

In tabling the budget, Finance Minister Tengku Datuk Seri Zafrul Aziz says more funds are needed to assist those who have been affected by Covid-19.

Putrajaya is leveraging the one-off prosperity tax as an option to shore up its revenue in a bid to balance the allocation of more funds to the affected while keeping the fiscal deficit from swelling further.

OCBC Bank head of research for Malaysia and Indonesia Wellian Wiranto observes in a note last Friday that the new initiatives — including increase in excise duties on sugar and tax on foreign incomes — have to be seen in the broader context of how the government is trying to thread the needle of pursuing a still-expansionary expenditure outlay, while keeping the deficit broadly in check.

“As the finance minister admitted as much in his budget speech, the government has been forced to depend on non-tax revenues and to raise its debt ceiling to leave space for stimulus packages amid the pandemic challenges. It does not help too that Malaysia’s tax-to-GDP ratio has been among the lowest in the region,” Wellian states in the report.

Many of Bursa’s bigger companies will be hit by the prosperity tax, judging from their most recent full-year results. For instance, in the financial year ended Dec 31, 2020 (FY2020), UMW Holdings Bhd made a profit before tax (PBT) of RM400.67 million; DRB Hicom Bhd, RM540 million; and Public Bank Bhd, a whopping RM6.3 billion.

“I think it will cause a knee-jerk reaction. Companies will hardly be able to make up for lost ground over the past two years. Plus, we still haven’t recovered from environmental, social and governance (ESG)-related issues — allegations of ill treatment of foreign workers and attacks on palm oil,” remarks a fund manager with a large government-linked fund who declined to be named due to the sensitivity of the topic. “And now companies that made good profits, especially those that have high dividend payout ratios, will also be hit.”

However, the prosperity tax is not expected to dim Malaysia’s attraction as a foreign direct investment (FDI) destination, as genuine FDIs are accorded more tax exemptions and incentives and may not even be affected by the higher tax.

Malaysia has been providing tax incentives to draw investments from foreign companies, especially in promoted sectors such as aerospace, electrical and electronics, automotive, and other high-tech and high-value industries.

For example, a company that is granted Pioneer Status enjoys a five-year partial exemption from the payment of income tax. It pays tax on 30% of its statutory income, with the exemption period commencing from its production day, according to the Malaysian Investment Development Authority (Mida).

“There is the flip side, where Malaysia under the Ministry of International Trade and Industry offers various tax incentives, which would offset the cukai makmur (prosperity tax). So, FDIs might not be affected. And the higher tax is only for one year and [is a] one-off,” says Imran. “Any sentiment may be moderated by the fact that the economy is reopening and that economic activities will increase next year.”

Besides the prosperity tax, the government has also declared various other tax and financial assistance and incentives to help businesses recover. For the automotive sector, the biggest cheer is the extension of the exemption of sales tax as well as the zero-tax policy on electric vehicles (EVs).

Datuk Aishah Ahmad, president of the Malaysian Automotive Association (MAA), says the association is pleased that the sales tax exemption has been extended to June 30, 2022, to help boost passenger vehicle sales back to pre-Covid-19 levels.

Aishah says the industry is thankful for the EV incentives, which will encourage foreign investments in EVs in the country and lift EV sales. “It is a long overdue announcement,” she says in a text to The Edge.

She adds that when sales of EV increase and on-the-road prices become more competitive, it will encourage local production and this will prompt more foreign EV auto manufacturers to consider Malaysia as their base for export, especially to other Asean countries.