A case for ringgit appreciation 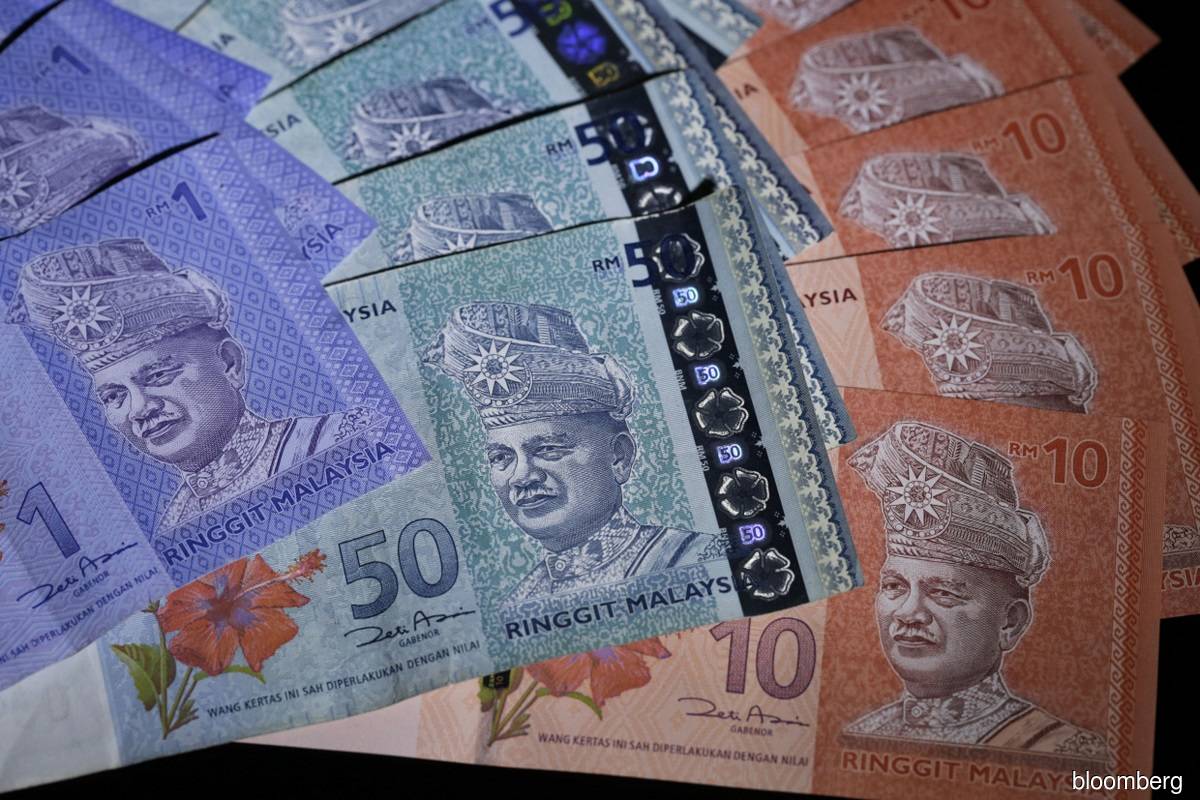 Currency valuation in the environment of tightening monetary policy: In the post-pandemic era, most economies start to normalise or tighten monetary policy rates amid improving domestic economic activities and rising inflationary pressure.

The US Federal Reserve (Fed) is set to end its federal funds rate at 3.50% by the end of this year, higher than 2.50% in 2019. Bank of England further raised its interest rate to 1.75% in August, the highest since 2009. The European Central Bank also surprised the global financial market, after raising its interest rate from zero per cent to 0.50% in July, its first rate hike since 2011.

Reserve Bank of Australia and Reserve Bank of India are also seen tightening interest rates higher than 2019 levels by the end of 2022. The faster pace of the Fed’s tightening monetary policy has caused strong appreciation of the US dollar, and directly suppressed other currencies. Since 2022 is a post-pandemic year, the pace of monetary policy normalisation varies across countries, mainly to balance between economic growth stability, currency fluctuation and inflation targets. In addition, every country reopened its domestic economy at a different time, hence affecting the growth trajectory and monetary policy normalisation path.

Strong economic fundamentals and elevated commodity prices: Fundamentally, the ringgit is on strong footing, underpinned by firming domestic demand, a robust external sector, and elevated global commodity prices. The unemployment rate was on a descending trajectory at 3.9% in May (2021: 4.5%), slightly higher than the pre-pandemic level of 3.4%.

Inflationary pressure in Malaysia remains stable, thanks to, among others, the capped retail fuel prices and other subsidy assistances. In addition, we foresee moderation of food price inflation in the second half of 2022 (2H22), amid slight betterment in domestic food supply and a correction in global commodity prices. We are optimistic that the ringgit will appreciate in 2H22, and reach 4.25 against the greenback by year end, driven by strong economic fundamentals and elevated commodity prices.

Broad strength in the US dollar after Fed tightened aggressively: Thus far, the recent weakness in the ringgit was primarily due to the effect of broad strength in the US dollar. A more aggressive policy tightening adopted by the Fed and the widening of interest differentials resulted in stronger demand for the greenback. As the US dollar appreciated against other major currencies, the US dollar index had risen to 108.5 by mid-July, the highest level in 20 years. Consequently, the ringgit was traded in the last two weeks at around 4.45, the weakest in five years. In the first seven months of this year, the local note weakened by 6.4% against the dollar, from 4.17 as of end-2021.

Will slower Fed tightening be positive for emerging-market (EM) currencies? With the Fed expected to slow down the pace of policy tightening towards the end of the year, we foresee less support for the US dollar to strengthen further. In other words, movements in the financial market would pose less drag on EM currencies. In addition, possible reversal of financial flows towards EM markets and improved appetite for risk assets will be positive for regional currencies, including the ringgit.

Moreover, EM currencies stand to gain from an improved growth outlook for China in the latter part of the year, after being negatively impacted by the Covid-19 lockdowns reimposed in the second quarter of 2022 (2Q22). Considering the improved growth outlook and sustained current account surplus, we forecast that the ringgit could appreciate and reach 4.25 by end-2022.

The real effective exchange rate (REER) shows that the ringgit is undervalued. The value of the local note in the REER even fell further in 1H22. Looking at the improving growth momentum, elevated commodity prices, and increasing domestic economic activities on the back of economic reopening, we believe the economic fundamentals are more in favour of a stronger ringgit.

This explains why the ringgit strengthened against other currencies according to the nominal effective exchange rate (NEER). The currency has been strengthening on an NEER basis, from the recent trough in May 2021, when a full nationwide lockdown was imposed. Unfortunately, movements in the financial market, which are more sensitive to Fed rate decisions, caused the ringgit to weaken specifically against the US dollar.

The ringgit's performance against regional currencies was rather mixed, as it weakened against the Singapore dollar (-4.2%), Indonesian rupiah (-2.6%) and yuan (-0.7%), but strengthened against the Thai baht (+2.4%), South Korean won (+2.2%), Philippine peso (+1.2%) and New Taiwan dollar (+1.2%). We believe the overall resilience in the ringgit's performance, in line with the trend in the NEER, reflects the positive effect of elevated commodity prices on the local currency, particularly from high prices of crude oil and palm oil.

Recent disconnect between oil prices and the ringgit: Ever since the local currency was de-pegged against the US dollar on July 22, 2005, it has moved relatively in tandem with the Brent price. From that date until Monday (Aug 8), the US dollar-ringgit movement and Brent had a correlation of -0.69, indicating a negative correlation, i.e. when oil prices increase, the ringgit will appreciate, and vice versa.

A stronger negative correlation can be found from data between July 22, 2005 and Dec 31, 2021, where the correlation was -0.80. However, this relationship seems to have broken down this year, when the correlation between the exchange rate and Brent was +0.45. This suggests that as oil prices increase, the ringgit depreciates, despite Malaysia being an oil producing nation. It seems that the effect of Fed rate decisions has a stronger weight at the current juncture than the past relationship between the ringgit and oil. However, we expect that this disconnect will not last, and the ringgit will eventually reflect the elevated oil prices.

The ringgit was impacted by aggressive Fed rate hikes. At first, the US dollar-ringgit exchange rate was rather unperturbed by the 25-basis-point (bps) hike in the federal funds rate in March, as it remained largely stable within a tight band of between 4.17 and 4.21 since early January. However, the exchange rate broke decisively above the 4.24 resistance level in the third week of April, attributable to heightened possibility of the Fed raising the pace of interest rate hikes in its early May meeting. As it turned out, the Fed announced a 50 bps hike in May, and the pace heightened further to 75 bps in each of the June and July meetings. Meanwhile, the US dollar-ringgit exchange rate had risen rather persistently to 4.45 as of last Friday.

The pace of Fed rate hikes may normalise in 4Q22. Going forward, the market is now (as implied by CME interest rate futures) expecting another 75 bps hike in September. However, more importantly, the pace of interest rate hikes is expected to normalise (i.e. back to 25 bps) beginning in the November meeting, arguably due to lessening inflationary pressure from easing commodity prices, as well as anticipation of slowing US economic growth as early as later this year.

In above regard, we expect the US dollar-ringgit exchange rate to begin falling in 4Q22, to be assisted by returning funds eastward, as US economic growth may exhibit relative weakness vis-à-vis emerging economies, including Malaysia.