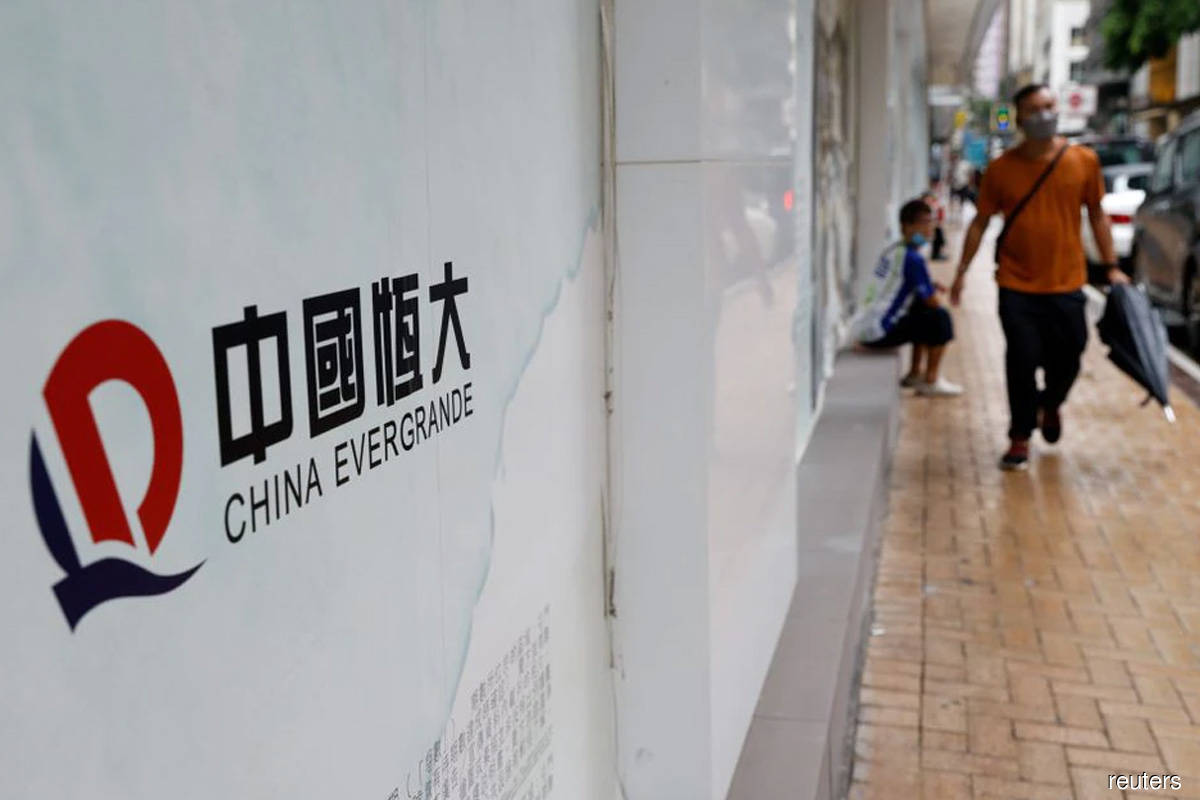 HONG KONG/SHANGHAI (Oct 18): China's property shares fell on Monday on signs of slowdown in the sector and even as the central bank said spillover effects from China Evergrande Group's debt woes were controllable.

The CSI300 Real Estate Index, which tracks China's biggest developers, fell more than 2%, while an index tracking the broader sector was down roughly 1.7%.

Global financial markets have been rocked by fears of contagion over a liquidity crisis at China Evergrande Group, which has more than $300 billion in liabilities.

The People's Bank of China Governor Yi Gang said on Sunday the economy faces challenges such as default risks for certain firms due to "mismanagement", and that authorities are keeping a close eye "so they do not become systematic risks".

On Friday, another PBOC official said the spillover effect of Evergrande's debt problems on the banking system were controllable and individual financial institutions' risk exposures were not big.

Investors reacted favourably to the PBOC's comments on Friday with the risk premium on the China's 5-year credit default swaps narrowing 4.8 basis points to 49.4, according to Lucror Analytics.

But some analysts said the spillover effect could be bigger than the PBOC stated.

"The PBOC is downplaying the market impact of Evergrande's default," JPMorgan wrote in a research note, adding that it thinks Evergrande's problems are not an isolated cases but represent an industry-wide problem.

"The policymakers have the levers to contain the spillover risk; but if no policy action is taken, the risk of further deterioration should not be under-estimated, which may lead to investment slowdown, weaker consumption, fiscal problems for local governments and broader financial sector pressure.

New construction starts in September slumped for a sixth straight month, the longest spate of monthly declines since 2015, according to Reuters calculations based on January-September data released by the National Bureau of Statistics on Monday.

China's real estate stocks dropped over 3% on Monday, with China Vanke and Poly Development down 3% and 6%, respectively. Real estate shares have fallen 22% so far this year.

However, Hong Kong-listed shares of top developers Country Garden and Sunac China jumped over 4% and 8%, respectively, in early trading. The gains narrowed to below 2% by late morning.

Domestic news outlet reported on Friday representatives from 10 Chinese property companies met government regulators to ask for an "appropriate loosening" on policy restrictions, as they are facing a liquidity crunch amid weak demand and tightening regulations.