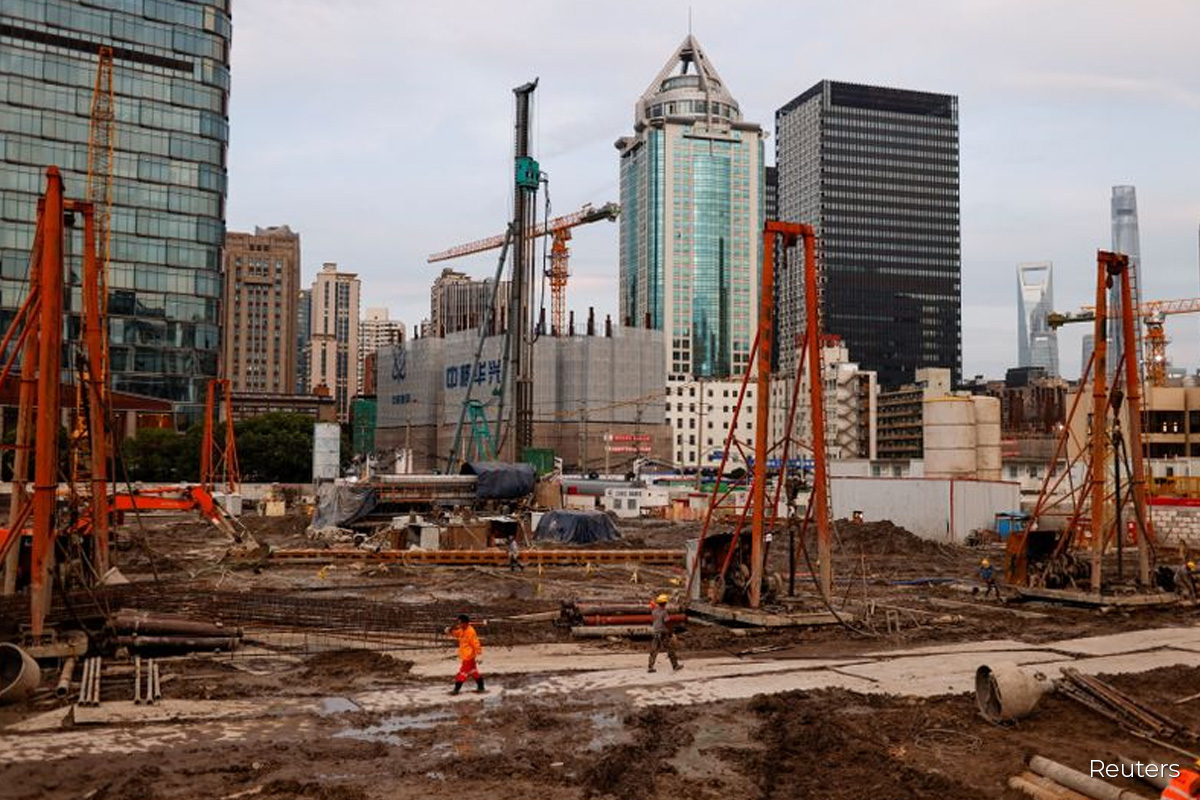 BEIJING (Oct 18): China's economy grew at the slowest pace in a year in the third quarter, hurt by power shortages, supply bottlenecks and sporadic COVID-19 outbreaks and raising heat on policymakers amid rising jitters over the property sector.

Data released on Monday showed gross domestic product (GDP) grew 4.9% in July-September from a earlier, the weakest pace since the third quarter of 2020 and slowing from 7.9% in the second quarter.

That marked a further deceleration from the 18.3% expansion in the first quarter, when the year-on-year growth rate was heavily flattered by the very low comparison seen during the COVID-induced slump of early 2020.

A Reuters poll of analysts had expected GDP to rise 5.2% in the third quarter.

On a quarterly basis, growth eased to 0.2% in July-September from a downwardly revised 1.2% in the second quarter, the data showed.

The world's second-largest economy has rebounded from the pandemic but the recovery is losing steam, weighed by faltering factory activity, persistently soft consumption and a slowing property sector as policy curbs bite.

"In response to the ugly growth numbers we expect in coming months, we think policymakers will take more steps to shore up growth, including ensuring ample liquidity in the interbank market, accelerating infrastructure development and relaxing some aspects of overall credit and real estate policies," said Louis Kuijs, head of Asia economics at Oxford Economics.

Global worries about a possible spillover of credit risk from China's property sector into the broader economy have also intensified as major developer China Evergrande Group wrestles with more than $300 billion of debt.

Chinese leaders, fearful that a persistent property bubble could undermine the country's long-term ascent, are likely to maintain tough curbs on the sector even as the economy slows, but could soften some tactics as needed, policy sources and analysts said.

Premier Li Keqiang said on Thursday that China has ample tools to cope with economic challenges despite slowing growth, and the government is confident of achieving full-year development goals

Analysts polled by Reuters expected the PBOC to keep banks' reserve requirement ratio (RRR) unchanged in the fourth quarter, before delivering another 50-basis points cut in the first quarter of 2022.

September industrial output rose 3.1% from a year earlier, missing expectations and down from August's 5.3%. Retail sales grew 4.4% in September, up from 2.5% in August.