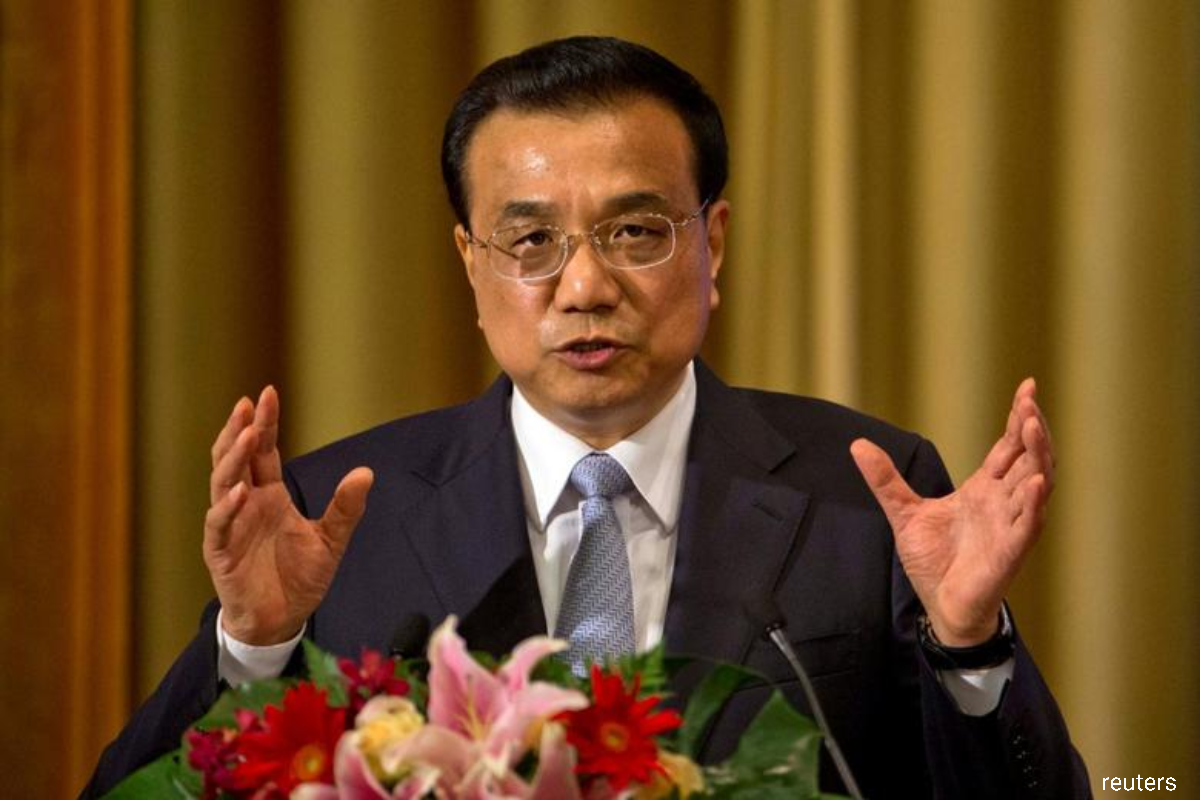 (May 24): China rolled out a broad package of measures to support businesses and stimulate demand as it seeks to offset the damage from Covid lockdowns on the world’s second-largest economy.

“Without a certain level of GDP growth, stable employment cannot be realized,” Li said. “One good thing is that we refrained from excessive money supply and mass stimulus in the past few years, and we still have policy tools in reserve.”

The additional tax cuts represent about 0.1% of China’s gross domestic product last year, and push the government’s total planned reduction in taxes this year to 2.64 trillion yuan -- slightly more than the relief Beijing offered in 2020 when China was first hit by the pandemic.

Economists were cautious about whether the measures would provide a material boost to growth as China’s strict Covid Zero policy causes major disruption to business activity. Many economists expect the government won’t meet its annual GDP growth target of about 5.5% this year, with UBS Group AG the latest to downgrade its projection to just 3%.

“We believe these measures will provide some help and alleviate the severity of the growth slowdown or even contraction, but we remain cautious about growth prospects for this year,” Nomura Holdings Ltd. economists led by Lu Ting wrote in a note.

Auto stocks rallied on Tuesday on measures to relax curbs on auto purchases and reduce the tax on some passenger vehicles by a total of 60 billion yuan. However, the stimulus measures did little to boost overall market sentiment, with the benchmark CSI 300 Index falling as much as 0.9% in the morning session.

The State Council said the policies are intended to “stabilize” the economy and get it back onto its normal track. Authorities will improve policies to help supply chains function, ensure domestic cargo transport runs smoothly and increase the number of domestic and international flights, it said.

Beijing will extend an existing delay on companies’ social-insurance contributions to the end of the year and expand the measure to more sectors, according to the report, with those deferred payments expected to amount to 320 billion yuan. A quota for loans aimed at small and medium-sized enterprises would be doubled, it said.

China’s financial support for lockdown-stricken areas has mostly gone to companies rather than households, leading prominent economists to call for cash handouts to consumers. Justin Lin Yifu, a former World Bank chief economist, recently called for support of 1,000 yuan to families in areas under lockdown to support consumption. Other state-linked experts, including Gao Zhanjun, a researcher with the National Institution for Finance & Development, have echoed those views for cash handouts and consumption coupons.

The State Council urged local governments to speed up spending, asking them to use the proceeds of special bonds by the end of August. The scope of the funds will also be expanded to include new technology-focused infrastructure.

Separately, calls have been growing for the government to sell “special sovereign bonds,” as it did in 2020, to pay for the extra stimulus. The state-run China Securities Journal cited analysts in a front-page report on Tuesday suggesting more fiscal policy tools may be used next, including the sale of special government debt.

Unlike regular bonds, the special sovereign bonds aren’t counted in the official budget deficit and the proceeds are meant to be used for specific policy goals rather than general public spending.

To stimulate demand, the State Council said it would be up to cities to set their own support measures and relax restrictions on car purchases. The country will launch a series of infrastructure projects in areas such as water, the renovation of old housing, energy security and underground piping, it said. It will also start a new round of rural road construction and renovation.

“The impact of the various easing policies may be smaller than in previous economic cycles because entities face a lot of uncertainties under the pandemic and are reluctant to invest or spend,” China International Capital Corp analysts including Zhou Peng wrote in a report Tuesday. “The contraction in the supply side of the property sector will also constrain demand and investment in spite of policy loosening.”

China is the theme of this week’s MLIV Pulse survey. Click here to participate anonymously.

Beijing has widened the scope of tax relief policies in recent weeks but hasn’t revised its fiscal targets for the year, which were set in early March before the omicron variant prompted a strict lockdown of Shanghai and tight restrictions in other major urban centers. At the time the budget was released, the government said it would provide tax relief this year worth about 2.5 trillion yuan, including 1.5 trillion yuan in rebates.

The latest report didn’t state how the additional tax cuts will be funded, or if they will require a revision of Beijing’s official deficit target for the year.

The State Council also said it will increase emergency loans to the civil aviation industry by 150 billion yuan and support the industry to issue bonds of 200 billion yuan. 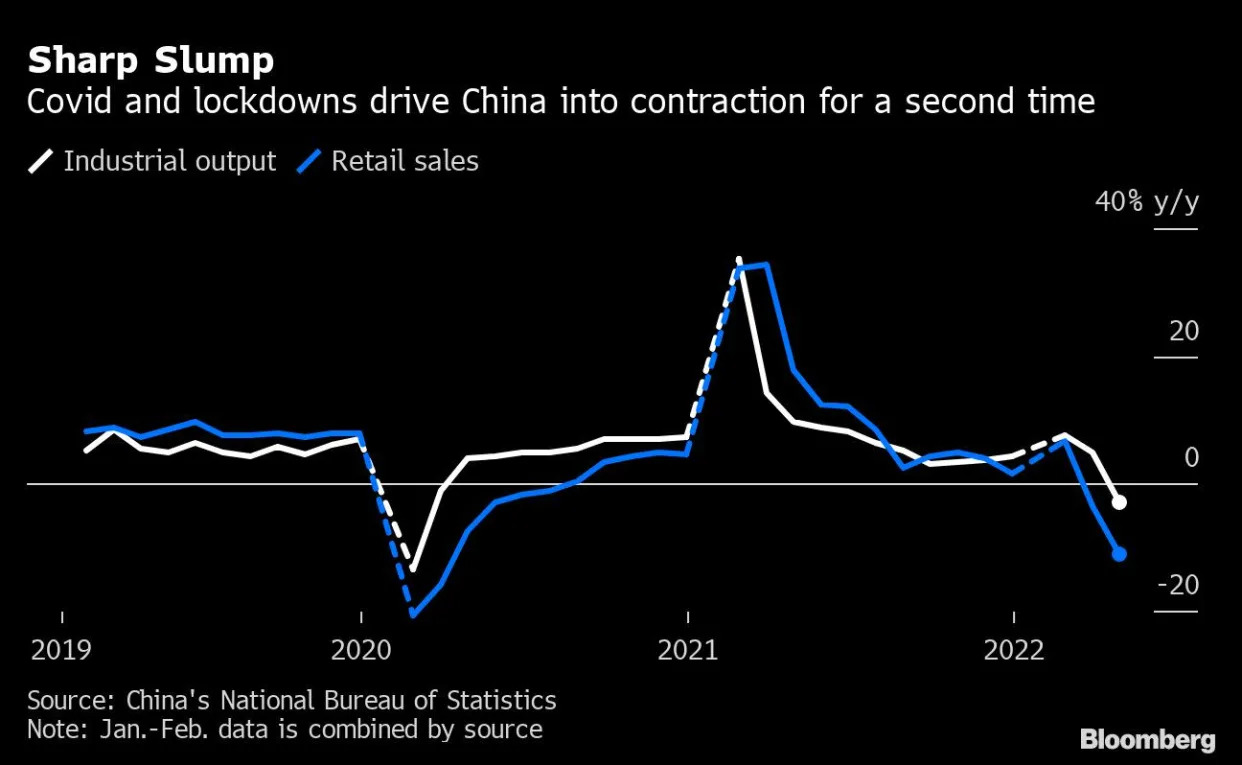