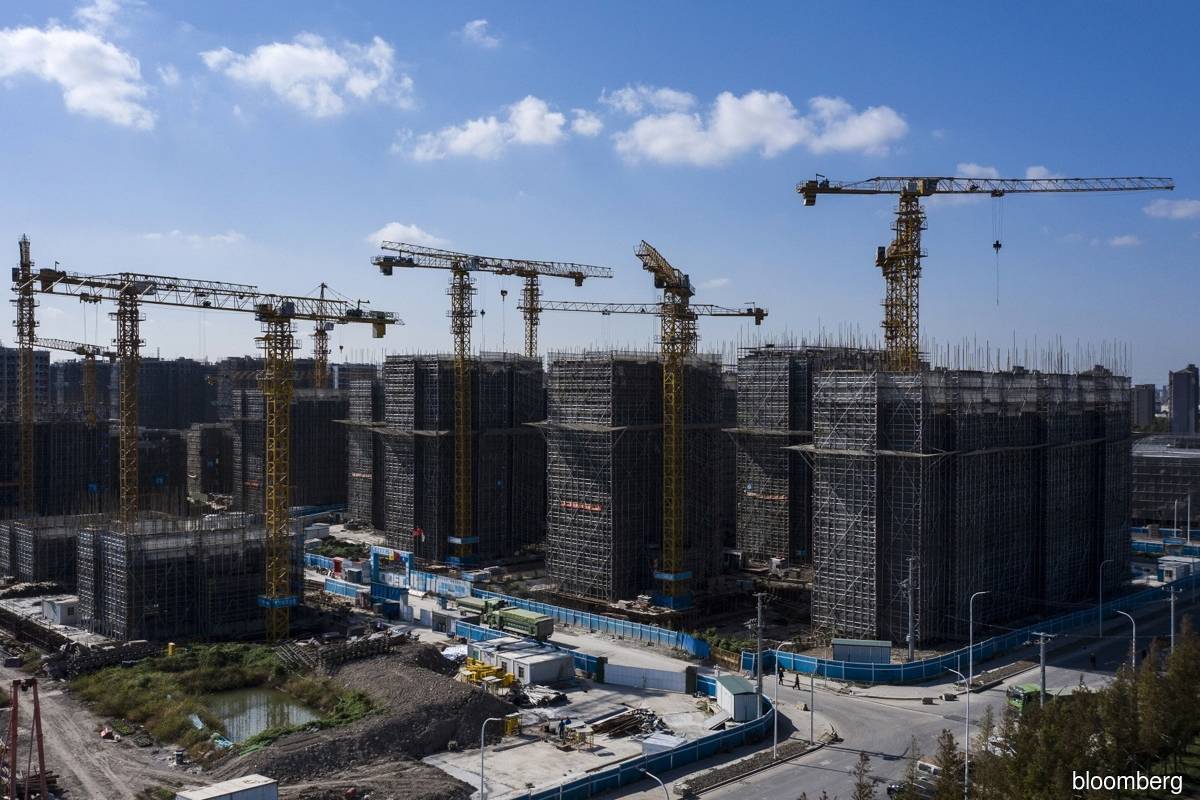 (Nov 24): China’s mega banks, led by Industrial & Commercial Bank of China Ltd, pledged financing support of at least 925 billion yuan (US$129 billion) to property developers as part of a push to ease turmoil in the nation’s real estate market.

Property stocks and bonds rallied on the additional funding, as China seeks to contain the fallout from a crackdown that has already sparked dozens of defaults and sent property sales and prices tumbling. China’s priority has been to ensure that unfinished homes get completed, while supporting the stronger firms that have so far survived the crisis.

“The core of the policy is to build a firewall between developers that have already defaulted and those that haven’t,” said Li Kai, founder of Beijing Shengao Fund Management Co.

The barrage of bank financing wasn’t extended to China Evergrande Group, the country’s most-indebted developer that in large part kicked off the current turmoil, as well as Sunac China Holdings Ltd.

The moves came after regulators issued a 16-point plan earlier this month to financial firms for boosting the real estate market, with measures that range from addressing developers’ liquidity crisis to loosening down-payment requirements for homebuyers.

The big state-owned banks have since set up special mechanisms to ensure quick implementation of the measures, and created whitelists for qualified regional developers to extend maturities of their existing development loans, according to a representative of the China Banking and Insurance Regulatory Commission, who declined to be identified because they aren’t authorized to speak publicly.

The big banks will also expand financing services to support acquisitions of high-risk projects by “key” developers, the representative said without naming any companies. Some joint-stock banks have allowed mortgage borrowers to delay repayments without reclassifying their loans, the person added.

China Construction Bank Corp has yet to announce any support agreement, though the bank set up a 30 billion yuan fund to buy properties from developers. The lender has made progress on more than 20 projects, with their combined assets exceeding 10 billion yuan, the CBIRC representative said.

China’s banks have been told to provide at least 1 trillion yuan in funding in the final months of 2022 to the battered property sector to avoid a broader fallout on the economy that is also weighed down by Covid lockdowns, Bloomberg reported earlier.

The industry has issued 2.64 trillion yuan worth of loans to developers and 4.84 trillion yuan of mortgages in the first 10 months this year, the CBIRC representative said.

At a meeting with banks on Monday, the People’s Bank of China said it planned to provide 200 billion yuan in interest-free re-lending loans to commercial banks through the end of March to provide matching funds for stalled property projects.