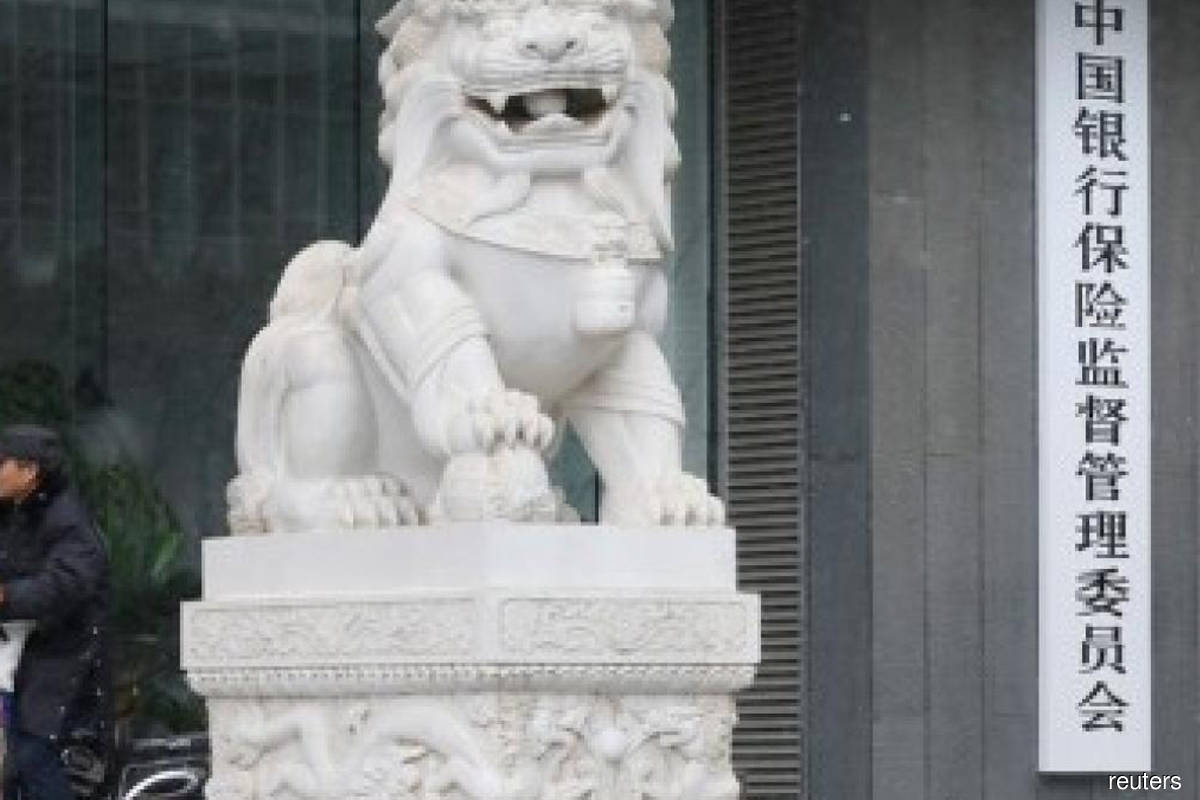 SHANGHAI/BEIJING (Oct 15): Chinese regulators have told some wealth management arms of domestic banks to further cut the amount of cash-management products they sell, three sources with knowledge of the matter said, in a move designed to contain liquidity risks in the event of massive redemptions.

The bank units are required to cut the proportion of cash management products (CMPs) managed to 40% of their overall product portfolio by the end of December, the people told Reuters, and further reduce the ratio to 30% by the end of 2022. CMPs are the equivalent of money market funds sold by asset managers, but have been regulated relatively more loosely up to now.

The people didn't identify which banks were affected, and spoke on condition of anonymity because they are not authorised to speak to media.

China's financial regulators have been tightening rules on the burgeoning $1.1 trillion market for CMPs sold by commercial banks since early 2020.

The China Banking and Insurance Regulatory Commission (CBIRC) landed rules in June that imposed tougher requirements on pricing, duration of investments and the potential yield of CMPs.

"(Regulators) are afraid of liquidity risks," said one of the three sources. The person said several big, unidentified banks all have relatively big outstanding CMPs, and are under pressure to reduce the size.

Another source said banks have been controlling the size of CMPs exposure since March-June.

The CBIRC didn't immediately reply to requests for comment.