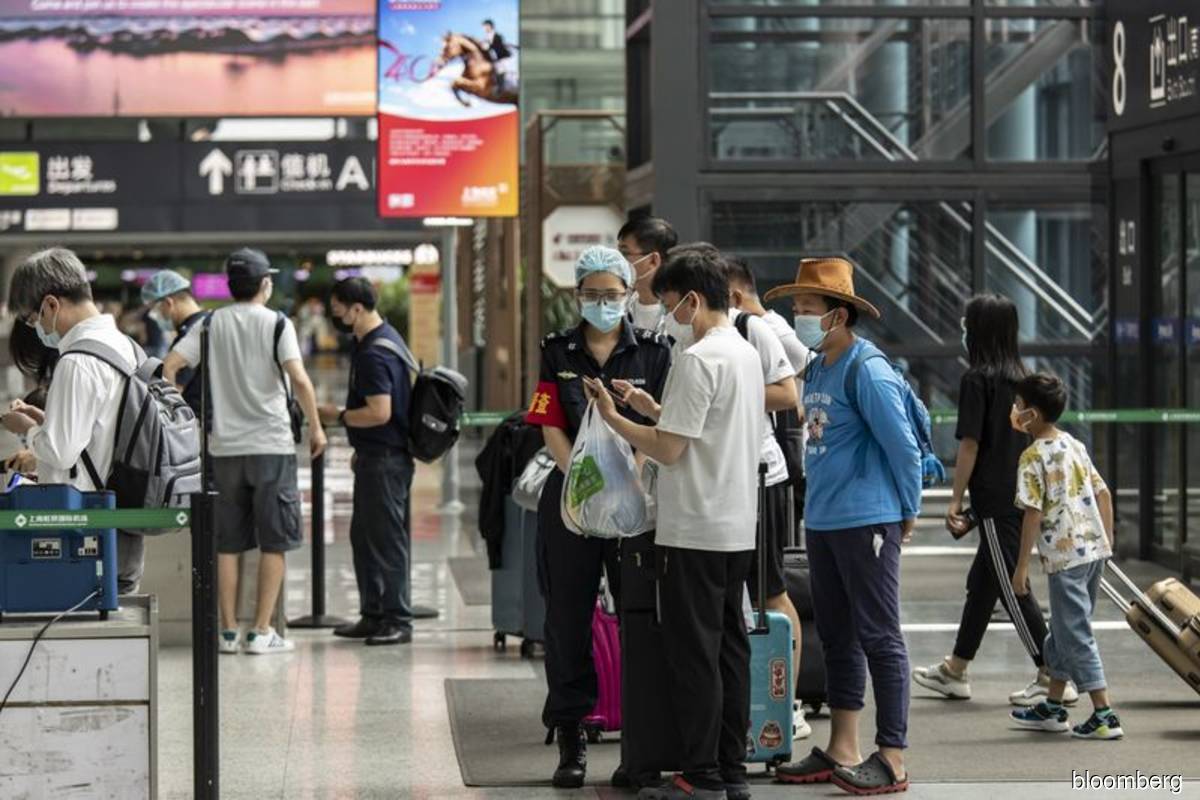 (Aug 4): For the second week in a row, the recovery in global air traffic has taken a step back.

Airline seat capacity declined about a quarter of a percentage point to 68% of the amount offered in the same week of 2019, before the Covid-19 pandemic disrupted a multi-year travel expansion fueled by the rising number of middle-class tourists from China and Southeast Asia.

The latest setback, attributed largely to the spread of the delta variant,  follows an almost 1-point decline the prior week, according to Bloomberg’s weekly flight tracker, which uses data from aviation specialist OAG to monitor the pulse of the comeback.

The biggest challenges are once again in Asia. The broadest virus outbreak in China since the pandemic first began has forced officials there to suspend flights and increase testing of airport workers. That’s taken a chunk out of the nation’s massive domestic aviation trade, which has performed the best among the largest pre-pandemic global markets.

In the U.S., capacity has been stuck for several weeks due to staffing constraints and slow progress toward lifting border restrictions with Europe and other markets. In Europe, the only region where so-called vaccine passports are in widespread use, the comeback made further progress, though it, too, will be limited by the failure to fully reopen transatlantic travel, according to Rob Morris, global head of consultancy at Cirium, which tracks air traffic.

The question for airlines now is whether vaccines can be distributed quickly enough to counter the spread of new coronavirus variants.

From the start of the year, carriers in China, India, the U.S. and Europe, to name some, registered steady gains as they slowly added more flights to their schedules. But the rise of the delta variant has challenged the return to normalcy — first in India, then in the U.K., and now in China and other Asian nations like Indonesia and Vietnam.

At the same time, there are signs of progress — most notably in Singapore, which rapidly scaled up its vaccine program, and in Hong Kong, which this week started to loosen some of the world’s tightest restrictions. The United Arab Emirates, whose hubs in Dubai and Abu Dhabi connect hundreds of thousands of travelers daily to far flung points, this week said it will lift its ban on transit passengers from India and other Southeast Asian nations.

While the delta variant creates risk for the recovery, the rising pace of vaccinations offers cause for optimism, said Cirium’s Morris.

“We always knew that 2021 would feature a one-step-forward, one-step-backward approach, but were hopeful that the strides forward could be larger,” Morris said. While that does seem to be the case, “we’ll know in the next few weeks if China, for example, sees that recovery dented by the latest outbreak. But for now, on balance, there’s more reason for optimism than pessimism.”

The International Air Transport Association said Tuesday that 2020 was the worst year on record for the airline industry, with 66% of the world’s commercial air transport fleet grounded at the depth of the crisis in April.

In China, airline capacity has fallen below pre-pandemic levels for the first time in five weeks. Airlines scheduled 9.8% fewer seats this week than last, according to OAG, reducing capacity to 95.7% of 2019 levels.

The outbreaks started in eastern China, leading to traffic shutdowns at airports including Nanjing, Beijing and Yangzhou. While the overall infection rates remain low, the latest set of cases have reached nearly half of the country’s 32 provinces in just two weeks. Governments are on high alert, and moving quickly to close off access to cities as well as popular tourist sights. At least 46 cities have advised residents to refrain from traveling unless it’s absolutely necessary.

The rapid drop has sent jitters across the crude-oil market, as airlines rapidly scale back on flights. In an effort to discourage travel, the Civil Aviation Administration has told customers they can seek a full refund on domestic flights through Aug. 31.

Schedules for this week, which likely don’t yet reflect the full impact of the latest developments, show Shanghai-based  China Eastern Airlines Corp. at 13% below 2019 capacity levels — an almost 9-point drop in one week. A slightly smaller magnitude of decline was registered at Air China Ltd., which is now down 5.6% versus the same week two years ago. China Southern Airlines Co. remains just 3% below pre-pandemic capacity.

But Chongqing-based China Express Airlines Co.,  one of the country’s first privately owned regional carriers, has seen an 84% week-to-week plunge. It now stands at 21% of 2019 capacity.