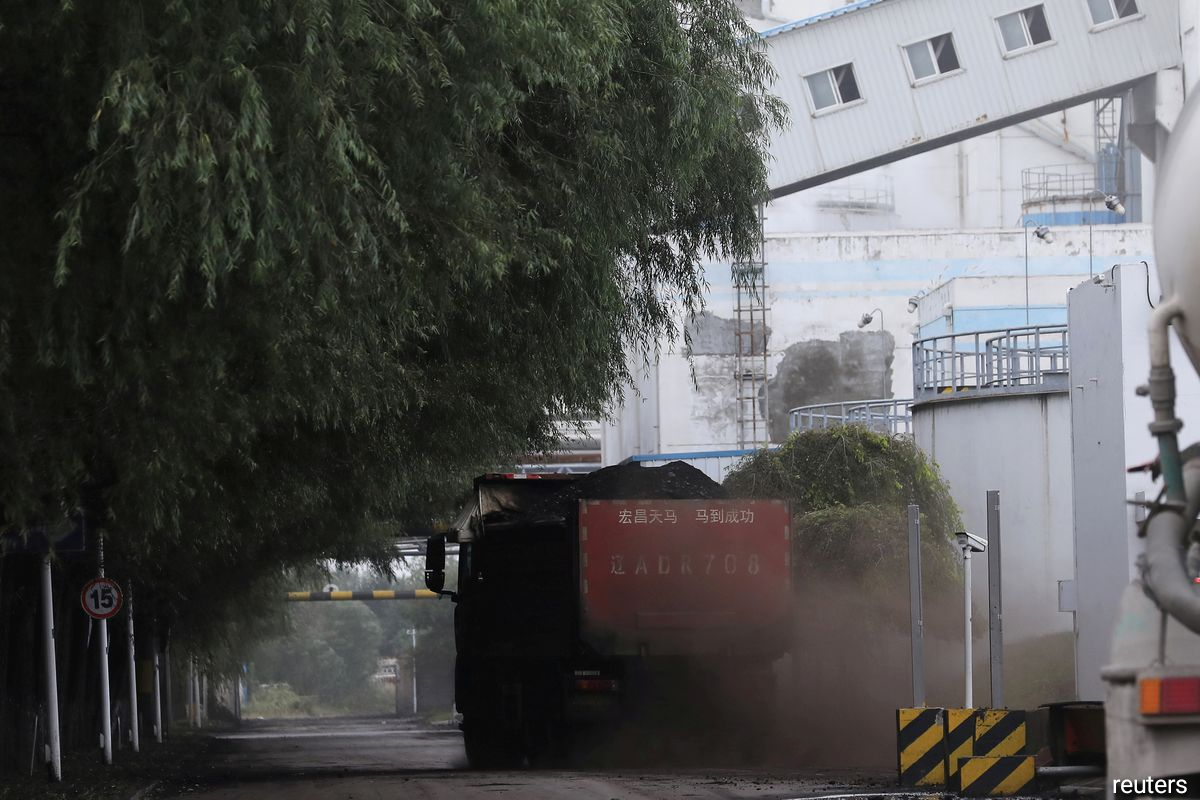 BEIJING (Oct 14): China coal prices held near record highs on Thursday as cold weather swept into the country's north and power plants stocked up on the fuel to ease an energy crunch that is fuelling unprecedented factory gate inflation.

A widening power crisis in China - caused by shortages of coal, record high fuel prices and booming post-pandemic industrial demand as it shifts to greener fuels - has halted production at numerous factories including many supplying big global brands such as Apple Inc.

Cold winter weather is likely to worsen the situation.

China's National Meteorological Center on Wednesday forecast strong winds could knock the average temperature by as much as 14 degrees Celsius in large parts of the country this week. 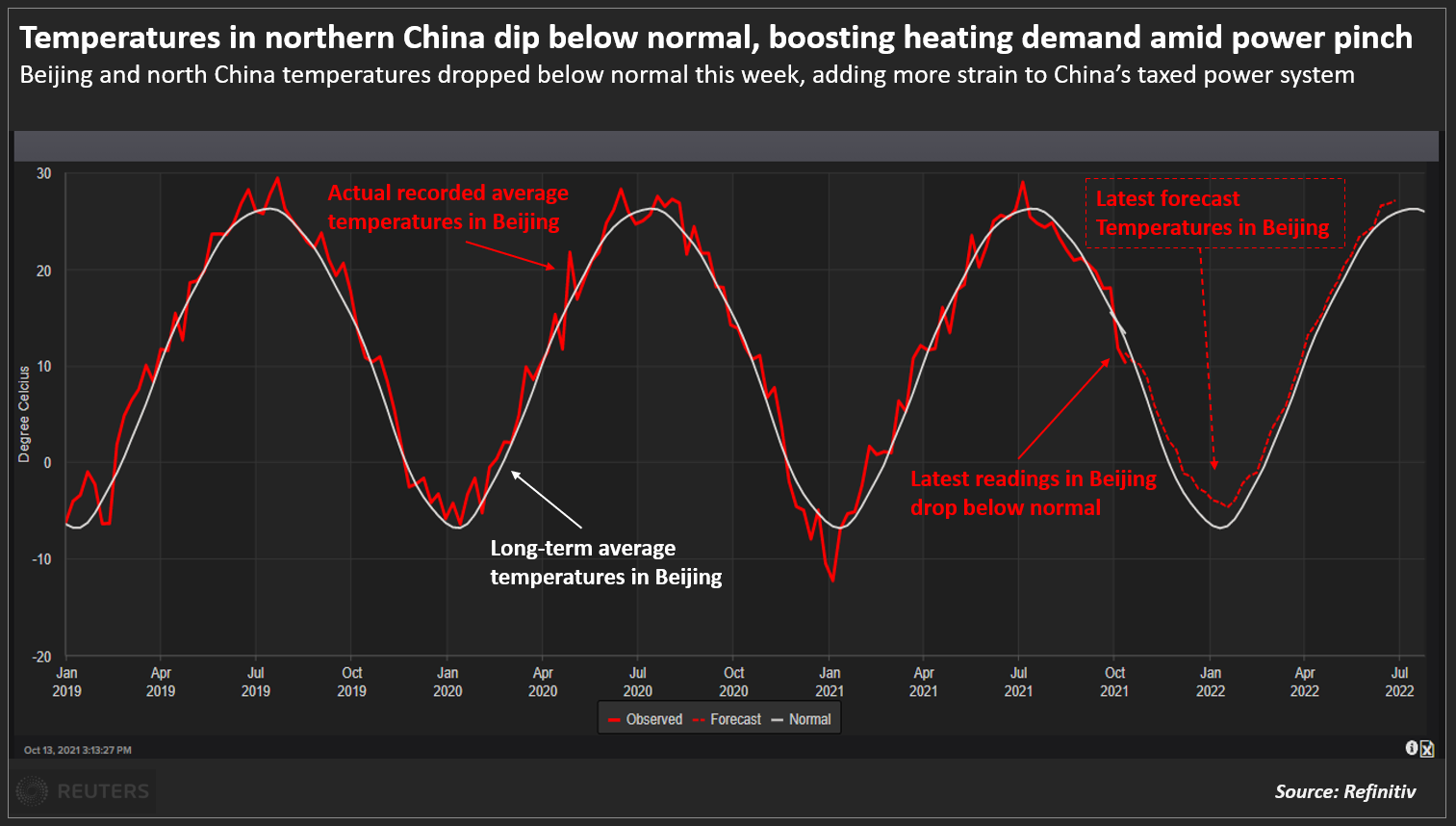 The three northeastern provinces of Jilin, Heliongjiang and Liaoning - among the worst hit by the power shortages last month - and several regions in northern China including Inner Mongolia and Gansu, have started winter heating, which is mainly fuelled by coal, to cope with the colder-than-normal weather.

Beijing has taken a slew of measures to contain coal prices rises including raising domestic coal output, rationing of power at factories and assuring energy supplies will be secured for winter heating season.

Earlier this week, China in its boldest step in a decades-long power sector reform said it would allowing coal-fired power plants to pass on the high costs of generation to commercial and industrial end-users via market-driven electricity prices.

Beijing had been trying to reduce its reliance on polluting coal power in favour of cleaner wind, solar and hydro.

"Making sure people are warm and keep businesses running - that's obvious, of course you need to that. Even as an environmentalist you don't want to get into a situation where you risk turning society against the climate transition," said Dimitri de Boer, chief China representative with the European environmental consultancy ClientEarth. "But that should be coupled with deploying renewables as fast as possible, to avoid similar situations in the future."

Local governments in top Chinese coal producing areas Shanxi and Inner Mongolia have ordered some 200 mines to boost output but flooding in top coal producer Shanxi has worsened the supply outlook, with analysts expecting electricity shortages and rationing to continue into early next year.

Daily coal output has reached the highest since February at more than 11.2 million tonnes, while average coal stocks at its power plants can support about 15 days of use, according to an official from the National Energy Administration a news briefing on Wednesday.

More than half of the regions in Mainland China managed by State Grid have enforced power consumption cuts since last month. 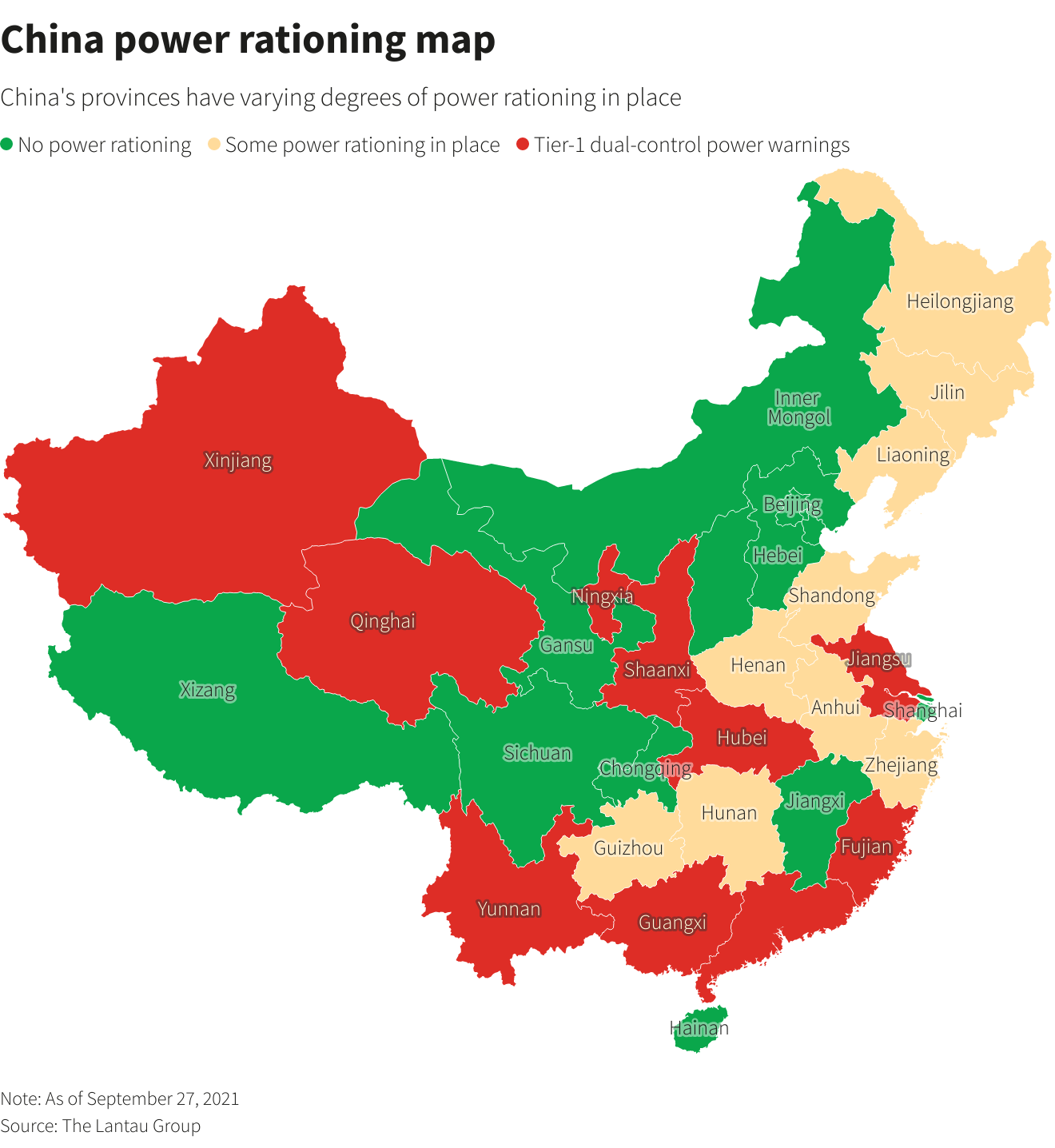 The most-active January Zhengzhou thermal coal futures was up 3% at 1,608.8 yuan per tonne earlier on Thursday. The contract traded near record levels hit on Wednesday and have risen more than 200% year to date. 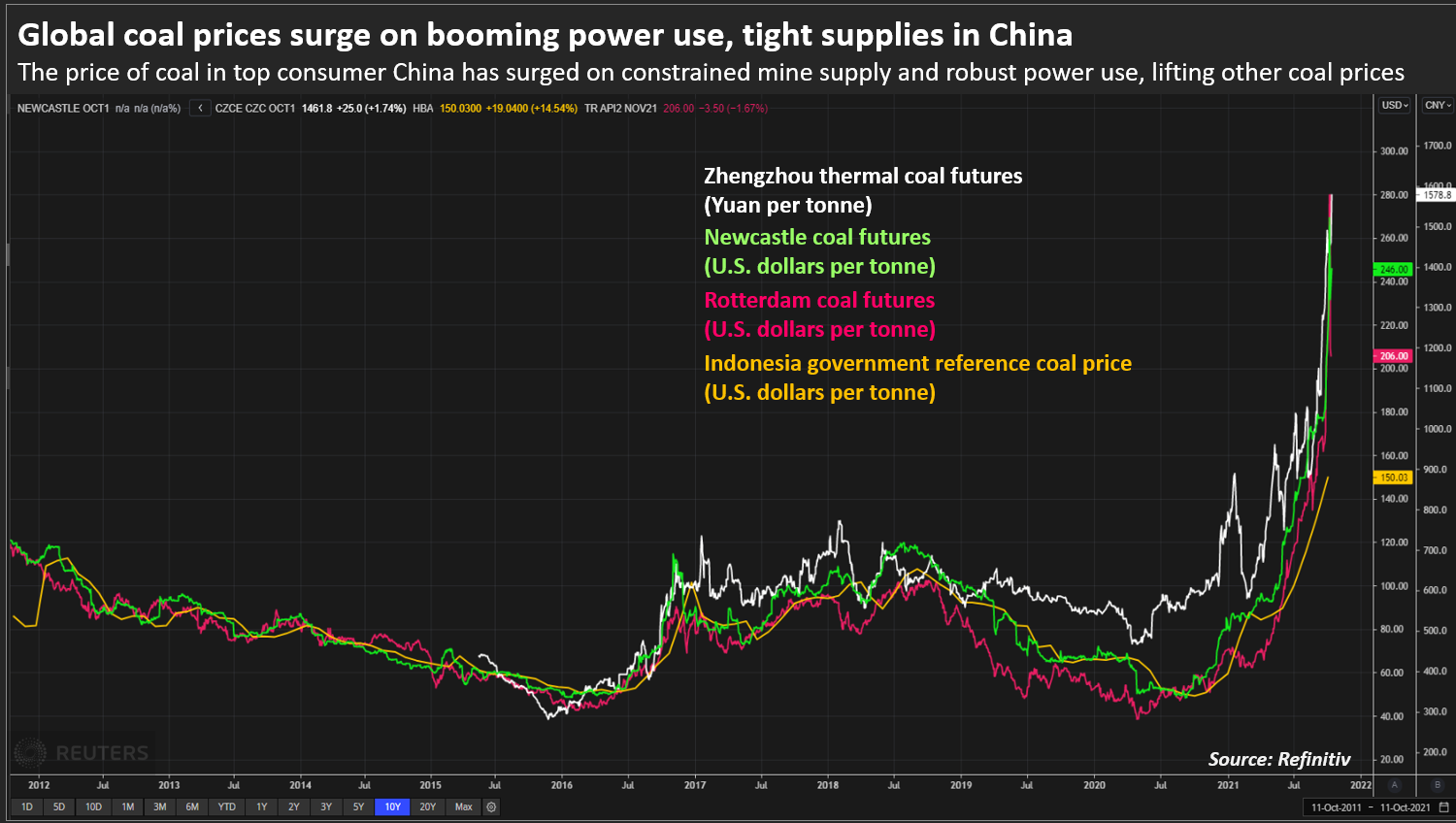