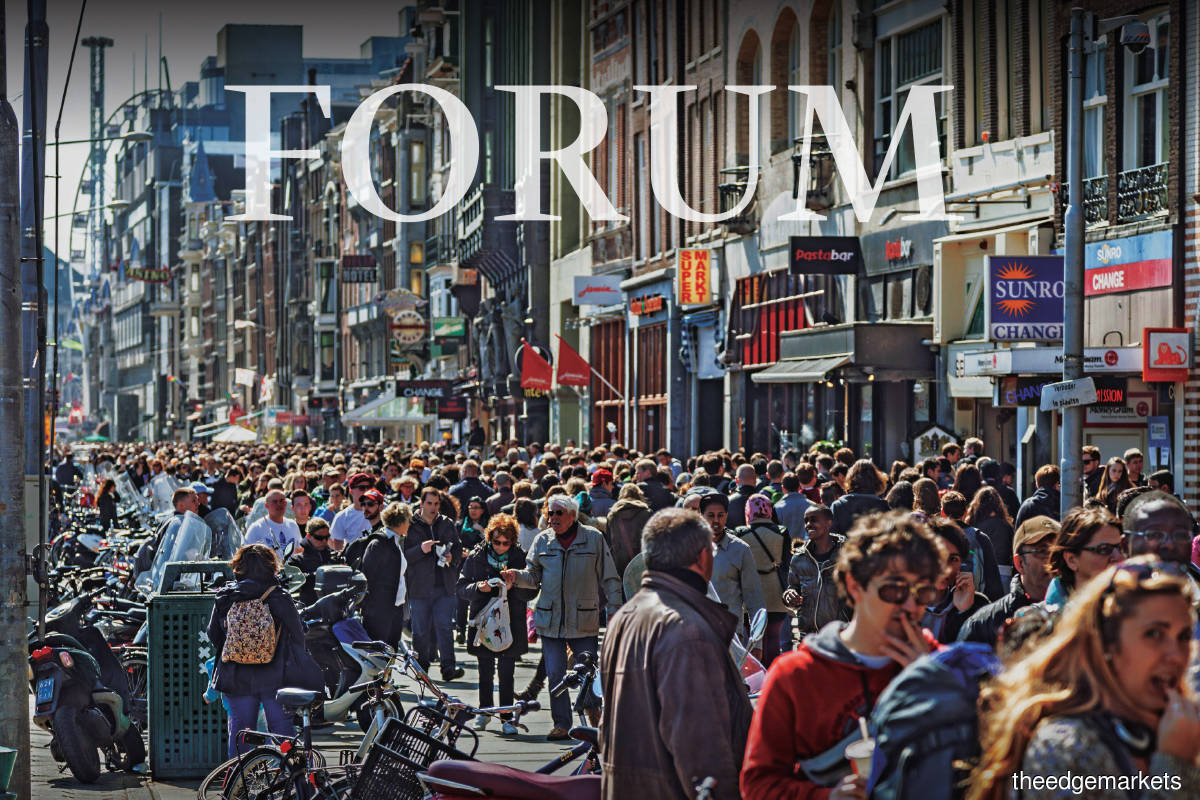 Rising temperatures, growing population, stresses on food and natural resources, plus technology and geopolitical divides are all entangled issues that have colonial origins (Photo by Dim Hou/Unsplash)

As the world stumbles from a unipolar universe to a multi-polar or pluralistic world, what is the fight all about? Are we going through post-colonial stress disorder (PCSD) or simply capitalist schisms?

Speaking on the US-China split, former US ambassador and foreign affairs analyst Chas Freeman shrewdly observed that “post-colonial stress disorder is today a major driver of foreign policy in every region touched by imperialism”. We have seen this in Hong Kong, the last of the British colonies, where some Hongkongers feel more attached to the colonial past than a Chinese future. Former colonies in Africa and the Middle East are struggling to maintain national sovereignty with borders written during the colonial era when imperial rivals carved out territories that ignored geography and tribal jurisdictions. The AUKUS security pact among Australia, the UK and the US only reminded us that Anglo-kinship blood is thicker than white, Christian, colonial legacy or capitalist ideology. In foreign policy, US President Joe Biden has turned out to be as transactionary as Donald Trump.

Serbian American economist Branko Milanovic, famous for his elephant chart on inequality, argues in his new book, Capitalism, Alone, that the contours of the post-Cold War world are essentially divided between “liberal capitalism” and “political capitalism”, since both the US and China practise in essence different variants of capitalism. He has a valid point because if India were in China’s shoes as the main challenger to US primacy, she would suffer the same fate, with attacks on her human rights records even though she claims to be the world’s largest democracy.

Liberal capitalism differs from political capitalism because the liberal ideology gives everyone the right to criticise or even intervene in other countries on the basis of human rights. The political capitalism variety is fundamentally Westphalian, arguing that every sovereign country takes care of its own problems, and powers do not interfere in each other’s domestic affairs. Thus, even if the world is essentially capitalist, the American “liberal hegemony” is a post-colonial phenomenon that is being challenged by rising powers, which are essentially capitalist in philosophy but compete along economic and other grounds.

Global capitalism began in 1500 with the Spanish discovery of America and Portuguese circumnavigation of the world, when Western Europe accounted for 13.1% of world population and 17.8% of world GDP. In 1500, Asia (mostly India and China) accounted for two-thirds of the population (64.7%) and GDP (65%). By 1913, just before World War I broke out, Asia’s share of population and GDP had declined to just over half (54.6%) and one-quarter (24.9%) respectively, with India already colonised and China in deep decline. Essentially, with technology, energy and empire, the West has dominated the new world order for the last 500 years. The rise of Western capitalism was entangled with Christianity, science and technology. GDP or wealth came mostly from new energy sources in terms of both using coal/steam power, but also the conquest of new territories and people power though colonialisation and slavery.

Note that World War I was fought essentially between Christian and capitalist Western powers (including Russia), with Japan joining because of her imperial ambitions. In that fight, the clear winner was America, because everyone else suffered, with Germany nursing her wounded pride and losses. World War II was a repeat but, this time around, Japan joined Germany, whereas the Soviet Union and China fought on the side of the winners. Thus, the first two World Wars were not about ideology or religion (even though it was painted by the winners as conquest over fascism and anti-Judaism), but really over who was master of the Eurasian Continent.

All that the Euroasian slaughter confirmed was the emergence of the US as the hegemon with the unipolar power economically, militarily, technologically and financially, since 1945 de facto confirmed the US dollar as the predominant global currency. To consolidate her power, America pressured the European powers to divest their colonies and used her liberal order to promote free trade and sharing of technology (other than to the new Soviet rival). Russia emerged as a strong military power, having lost 24 million fighting Germany, taking over some northern islands from Japan after August 1945.

As world system historian Immanuel Wallerstein pointed out, the world was divided by the Yalta and Potsdam agreements in 1945 between Pax Americana and the Communist world, in which the US/Britain had hegemony over two-thirds of the world, while Russia dominated the other third. As we all know, the US elbowed out Britain and France after the Suez debacle in 1956 to become the unchallenged global leader. To counter the Soviet Union as leader of the Communist bloc, the US practised what is today called liberal hegemony, policed by America’s guaranteeing military security, but also preaching democracy, free trade, human rights and rule-based order, defined essentially by Western ideas and media.

Australian Professor Hedley Bull argued in his influential book, The Anarchical Society: A Study of Order in World Politics (Macmillan, 1977), that there are three basic values of all social life — “life, truth and property”. From a Western capitalist perspective, that seemed self-evident. But it is not self-evident from a non-Western perspective, because the rest may value life, truth and property with very different cultural, religious and social values, especially among the colonised.

For example, the capitalist concept of property had Christian blessings of conquest of lands against pagans and enslavement of non-Christians. The colonisers did not consider the human rights of the natives who were the original residents that treated the forests and seas as common property to be shared.

Few people remember the Doctrine of Discovery enshrined in two Catholic Papal Bulls, the 1455 “Romanus Pontifex” and 1494 “Inter Caetera”, which divided lands discovered and seized by Portugal and Spain respectively and conferred the right to conquer non-Christian territories (specifically those of the Saracens, pagans and enemies of Christ) and enslave them, including exclusive property rights from such conquests. In effect, all non-Christian land were “terra nullius” (land belonging to no one) and therefore discovery by Christians entitled them to occupation and ownership.

In the famous Johnson vs McIntosh 1823 case, the US Supreme Court ruled that the Doctrine of Discovery meant that land rights belonged to the state, whereas American Indians had only rights of occupation. In Australia, the idea of “terra nullius” was over-ruled only in the 1992 Mabo vs Queensland case, which recognised that Aboriginal Natives were occupying the land way before the discovery of Australia and therefore had native land rights.

Current global stresses reflect, therefore, trauma for the colonised but also the former imperial powers. Britain today, out of empire and Europe after Brexit, is searching for her new role in the world as a minor economic power. For the European powers that carved up Africa and the Middle East, the looming existential crisis is essentially demographic and climate change-related. In the colonial period, Western Europe had double the African population, which declined because of disease and enslavement. But Africa’s population would reach 2.5 billion by 2050, when Europe’s rich but ageing population would decline to 441 million by then. Every year, with climate warming, Europe would face millions of Africans migrating northwards to cooler weather. No one can afford to ignore these ominous demographic and geopolitical changes within the next two decades.

Rising temperatures, growing population, stresses on food and natural resources, plus technology and geopolitical divides are all entangled issues that have colonial origins. Most of us are stressed because the old order is dying and the new has not been formed. The real challenge for every nation or community is to prepare itself to cope with these existential stresses — physically, mentally and socially.

Malaysia is, therefore, not unique in going through these stressful times. Some people argue for a reset in domestic politics. Others think the status quo should be maintained because there are privileges for the vested interests. But both the internal and external contexts have changed profoundly. And until we have a new national consensus and conversation on how we should prepare for the new era, we will continue to have fractious politics and will be muddling through.