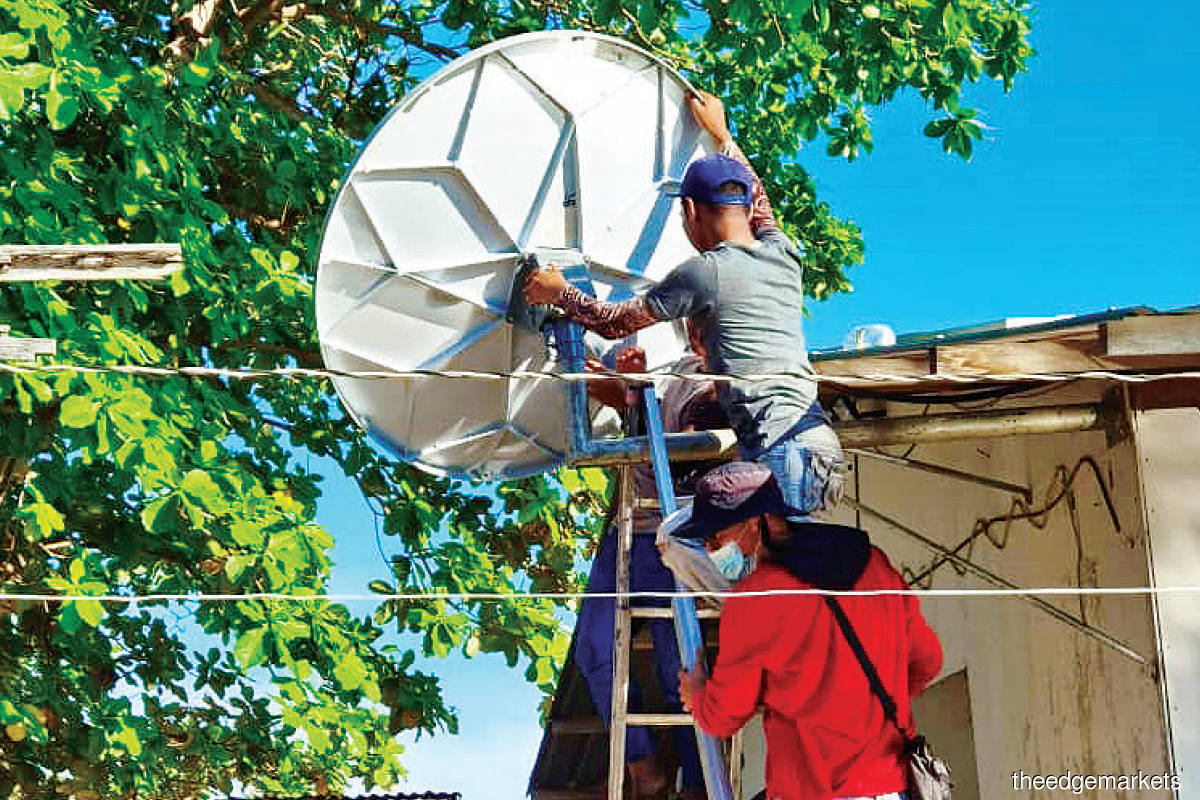 In the mid-1990s, MEASAT Satellite Systems Sdn Bhd launched the first two Malaysian satellites — MEASAT 1 and 2 — to provide 12 years of television service to Malaysia and communications services to Southeast Asia. It did so by incorporating high-power signal technologies into the satellites to provide these services, shares chief operating officer Yau Chyong Lim.

Since then, the country’s foremost communications satellite operator has been exploring different ways to impact its consumers, from providing national and international channels to the region to being one of the first in the market to cater for high-definition televisions.

These offerings have laid the groundwork for MEASAT to expand its broadband services, called CONNECTme NOW, to very remote areas where, typically, telecommunication companies (telcos) would not explore.

“It all started three years ago when we did a strategic review of the company’s direction and we felt that broadband access is an important element in the world today. We looked at the resources available and the market trends, and decided to introduce broadband satellite connectivity with high-speed internet to unconnected and under-connected areas in the country,” says Yau. "We wanted to focus on remote areas because that’s where the population is scattered and from the telco’s point of view, there’s no business case and ROI (return on investment), but as a satellite operator, that’s the sweet spot for us because we can provide 100% coverage nationwide.” - Yau (Photo by Mohd Shahrin Yahya/The Edge)

“We wanted to focus on remote areas because that’s where the population is scattered and from the telco’s point of view, there’s no business case and ROI (return on investment), but as a satellite operator, that’s the sweet spot for us because we can provide 100% coverage nationwide.”

While this might seem like an ambitious goal, Yau is confident of its success as he believes connectivity is instantly available to even the most remote areas when a satellite is deployed, as opposed to terrestrial connectivity. While the estimated rural population is relatively high — with one in five Malaysians living in rural areas — the estimated rural population who are lacking high-speed broadband access is about 3% to 5%.

All that is needed is a satellite dish to receive the signal as well as the technologies behind it.

“The speed of rollout depends on how difficult it is to access the site. Once we go to the site and carry out the installation, I think on that day itself, we’ll get the service.

“But in the event that an area has terrestrial connectivity, we would advise the people or enterprises that approach us that that’s probably the best way to go. But if there’s no connectivity or weak 3G and 4G services, then our satellite broadband can come in.”

MEASAT is set to launch the MEASAT-3d satellite on June 23, which will further address the internet connectivity needs of the unserved population. The latest satellite’s capacity is more than 30GB, which is 50 times more than its predecessors’.

“We call this new satellite a high throughput satellite, where we reuse the spectrum that we have, [which allows us to] manage and improve the capacity that we provide,” Yau explains. “With the launch of the satellite, our plan is to provide 100MB data or download speed to our customers, which is a big jump from what we have today. It’s close to the services and speed of 5G.”

Currently, households and businesses connected via CONNECTme Now enjoy the prepaid service at RM10 for 1GB of data, with speeds of up to 30MB. Installing an antenna to use CONNECTme NOW’s satellite broadband

Challenges with the unconnected

To get access to CONNECTme NOW’s broadband, one would need hardware such as an antenna that is about 1.2m in length, the satellite modem and more importantly, power. If a village has access to a power grid, Yau says they can tap into it but more often than not, remote villages have no power at all. In these situations, MEASAT brings along a solar power system. “Our system itself doesn’t consume a lot of power, so we designed a solar power system together with a battery that can last about two days, but in Malaysia, it’s quite unusual to go more than a day without sunlight.

“We looked to solar power to solve the problem. Power is obviously one of the key issues that they are facing and we have been doing trial and error to find a more optimum system,” he says.

With satellite broadband, does this mean that under-connected areas do not need fibre connectivity? Not exactly. If given a choice, fibre is the better option, says Yau, but regrettably, it is going to take a very long time to fiberise these areas.

It is unfair to make these people wait three to five years just to gain access to basic connectivity, he believes. “So this could be an interim measure, and it could be a very long interim. But it depends on the situation. Personally, I think it’s going to take a long, long time.”

CONNECTme NOW typically has two types of customers — enterprise and community. An example of the former are timber plantations in Sabah and Sarawak that barely get connectivity. Distributors and installers can take days to travel to remote villages

MEASAT has been in talks with a lot of smallholder plantation owners, where the main challenge is the retention of workers. If there is no connectivity, the workers tend to move to plantations that have internet connectivity.

“Apart from that, their [plantation] offices also need to have connectivity to connect to their headquarters — that’s one part of it,” says Yau.

But a big part of the services is for the community. MEASAT has built up a very strong local network, which includes an installer and distributor, who will assist in installing the hardware and provide services.

As some of the remote areas do not have road access, the installer has to physically hand-carry and hike to the site, which can take up to a week to get to. While technology is important, humanising technology is more crucial, asserts Yau. “We can have all sorts of technologies but can we bring it into communities to set up the whole ecosystem? That takes a long time and we need to have the right partner, the right partner with the same mindset to deliver the service. Otherwise, the technology does nothing.

“We can’t just simply build the infrastructure and leave, we have [to have] people there to teach them how to use it and if there are any issues, what should they do and things like that,” he says.

CONNECTme NOW started as a fully private initiative by MEASAT but last year, the Malaysian Communications and Multimedia Commission rolled out the Broadband Wireless Access project under the Universal Service Provision (USP) Fund, of which the company is a part.

The ROI for MEASAT to roll out CONNECTme NOW will be a long-term process, says Yau, as they are serving a segment of the population where affordability is a priority while the cost of serving these rural areas is very high. However, this is a secondary focus.

Currently, the largest contributor to MEASAT’s revenue is the direct-to-home video service, which makes up 60% of total revenue. However, the broadband sector is the clear growth segment — it is expected to double year on year and is a very important part of the company’s business portfolio.

On a wider scale, MEASAT intends to replicate and grow the CONNECTme NOW service regionally in the longer term.

More to come with MEASAT-3d

As MEASAT has invested billions of ringgit to deploy its new satellite next month, Yau says they are working with other industry players and satellite operators in the region as the collective services complement each other. He adds that with cooperation with other players, they can leverage each other to share and manage risks.

MEASAT-3d took three years to build and has gone through vigorous testing to ensure that it has an 18-year design life, can survive in space and withstand extreme temperatures or any interference. However, not all interference can be accounted for and there will be downtimes where troubleshooting needs to be done.

“It depends on what kind of issue we are facing. Sometimes if it’s just interference, it could be just 10 to 15 minutes of interruption, but that is very localised on a certain bandwidth,” he says.

“But we have seen incidents with other satellites whereby the solar panel stops working, which means that the power supply to the equipment, component or satellite will be gone. So, it’s a total failure under this scenario.”