Cover Feature: Lessons for my children: The intrinsic value of experience 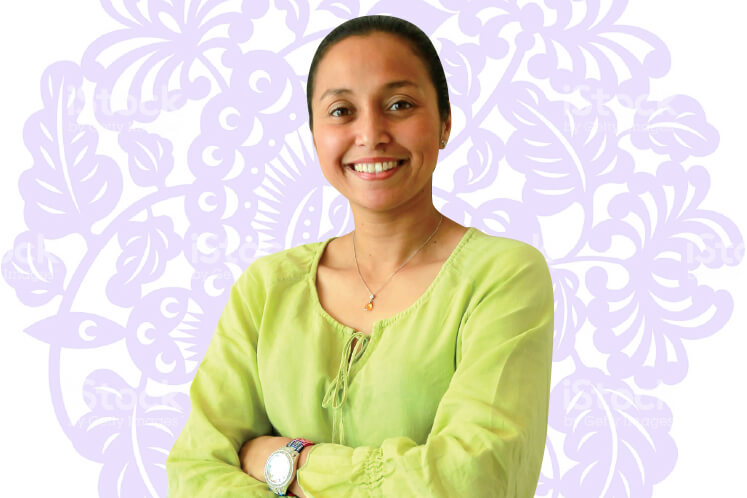 I wanted them to learn the difference between needs and wants, and that the only way they were going to get what they wanted was if they earned it. > Nina

When brothers Armand and Faheem Idrizam were six and four years old respectively, like all children their age, they were adventurous, inquisitive and wanted everything they set their eyes on — including a pair of wheeled-heel sneakers. But their mother, Ida Faranina Othman, who is fondly known as Nina, put her foot down and told them that the only way they were going to get them was if they earned the money to pay for the shoes themselves.

That was a turning point for Nina and her children. For her, the experience was the foundation of her financial literacy and empowerment programmes for children. And for her sons, it was a lesson in never taking anything for granted again.

“I wanted them to learn the difference between needs and wants, and that the only way they were going to get what they wanted was if they earned it,” stresses Nina, who is a child empowerment guru at Grow the Goose Solutions, a consultancy she established.

The brothers were dumbfounded, but proceeded to figure out how they could raise the funds. Inspired by Mail, one of their favourite cartoon characters from the Upin & Ipin television series, they asked Nina if they could sell fried chicken.

Seeing that fried chicken wasn’t very healthy, she suggested healthier home-made sausages instead. With a little assistance from their father and mother — who was in confinement at the time, having just given birth to their sister, Julia — the boys earned enough to buy themselves the much-coveted pair of sneakers in just two weeks.

“Frankly, what I told them to do was nothing new. I was raised to be mindful of my family’s financial status and there were times when I had to step out of my comfort zone to earn extra income to fund my expenses. It was nothing extraordinary, but the fact that the boys went out and did it with such gusto caught the attention of many parents on my social media feeds, who were finding it difficult to simply say no to their children,” says Nina.

She has observed remarkable changes in Armand and Faheem, who are now nine and seven respectively. “They know now that they can’t demand things. And they know there is a difference between needs and wants.”

Nina has them using the money jar system, which she teaches in her financial literacy workshops. There is the Goose Jar for money they have to grow and not touch until they are 18 years old, the Knowledge Jar to help fund activities that improve their knowledge and skills, the Fun Jar for rewarding themselves and the Give Jar for mainly altruistic deeds.

While the children are encouraged to use their creativity to earn extra money on top of their regular allowance, there are parameters to distinguish between responsibilities and tasks that they can monetise, says Nina. “For example, household chores assigned to them are not activities that they get paid for as these are their respective responsibilities. These could be anything from making their beds in the morning and washing their own dishes to taking care of their three-year-old sister.

“But vacuuming the house once a week, mowing the lawn and washing the car, for example, are my and my husband’s chores. I let them choose if they want to take over our chores to earn some extra pocket money — all under strict supervision, of course.

“They also help out at the Grow the Goose camps, where they assist our young graduates to create and sell products. When my sons help out at the booths, I pay them RM5 an hour.”

This way they understand the value of time. “Right now, time and energy are their main commodities. So, I want them to realise that these are very valuable resources they can leverage, even at a young age,” says Nina.

Everything they earn is divided into the four jars, including their daily allowance. Being the eldest and having already been in primary school for three years, Armand tends to be less taken with knick-knacks and often deposits his entire allowance in the jars as the boys are given a packed lunch to eat in school and do not really need to spend their money.

For Faheem, who has just entered Year One, however, primary school has been an exciting affair and an opportunity to explore new wonders. But he does not only spend money on himself. “Once he spent all of his pocket money because he bought snacks for a friend who did not have anything to eat,” says Nina, elated that her teachings are bearing fruit.

Additionally, to help grow their Goose Jar, Nina tops up their savings and invests in stocks and funds. Being a small business owner, she has limited resources, so she maintains a modest budget of RM300 to RM800 monthly for her children. She also rewards them every now and then with simple gestures such as throwing a slumber party or taking the family on road trips for their good behaviour or meeting their responsibilities.

The habit of keeping a daily list of dreams and goals is as valuable as teaching them money management, says Nina. “Two years ago, we used to do the dream board, where the boys would cut out pictures from magazines [to represent a particular dream or goal] and stick it on a board, which they would look at every day. Faheem managed to cross out five things he had posted on the board,” she adds, meaning that he had managed to achieve five goals.

“We have since changed how we do it. Instead of a dream board, we keep a list of dreams and goals, which we write out or draw in a notebook that we keep under our pillows at night.”

This was inspired by John Goddard’s “My Life List”. The famed adventurer and author had written a list of 127 goals he wanted to accomplish in his lifetime when he was 15 and managed to achieve 111 of them.

Nina says the concept of keeping a “life list” has been very useful in teaching Faheem the concept of positive energy. But it was brought home to him very powerfully not long ago.

“Late last year, there was a lot of noise about local actors Nur Fazura Sharifuddin and Fattah Amin. Whenever we were at a shopping mall, Faheem would be on the lookout for the celebrity couple. Then I found out that he was so keen on seeing the actors because my mother follows the soap opera they star in,” says Nina.

“Faheem wrote their names on his life list. It so happened that we were at the KL International Halal Festival some weeks ago, and Faheem got to meet them. He was over the moon.

“So, I took that encounter as an opportunity to help Faheem understand the concept of positive energy. I pointed out to him how he had achieved five of the things he had put on his dream board previously as well as the ones on his life list.

“I keep one as well. Every day, we add to our list. I do that to encourage them to think of their goals and sleep on them. When they wake up, they look through the book and it sets a positive note for the day. It even makes the mundane routine of getting ready for school interesting.”

Another important quality she inculcates in her children is gratitude for what they have. “One day, Armand came home and talked about how his friend’s family was going overseas during the semester holidays and how most of his friends have a phone. I did not want them to feel like they have less so I explained to them the concept of rezeki (divine providence),” says Nina.

“I used scenarios to explain that while some people go on holidays overseas, they may not have some of the things that we have. For example, we have a huge lawn, pets, access to fresh food, 16 durian trees … So, he started to understand that rezeki comes in different ways.”

Nina plans to teach them about compounding interest next. “I am putting together a game to teach that. These are basics, which are relatable and age appropriate. Maybe when they are older, we will look at concepts such as stocks and funds. Figuratively speaking, my children are the guinea pigs for my Grow the Goose concepts and modules,” she laughs.