Cover Story:  Man on a mission 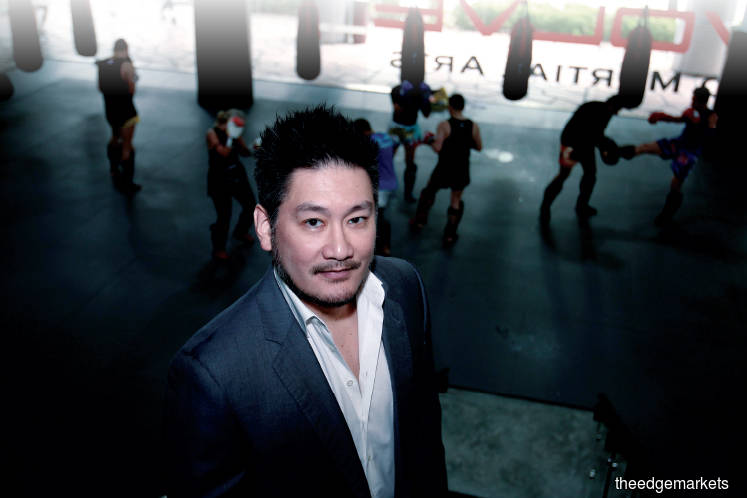 Chatri Sityodtong is a busy man as the founder and public face of One Championship, which promotes mixed martial arts (MMA) tournaments and is valued at almost US$1 billion. He is also behind the fast-growing Evolve MMA gym that churns out an unending stream of champions. Nevertheless, he makes time for a tête-à-tête with Jose Barrock, talking about his dreams, his career and his hopes for developing the sport of Muay Thai.

Chatri Trisiripisal, or better known by his ring name, Chatri Sityodtong — the multimillionaire owner of One Championship, which hosts mixed martial arts (MMA) tournaments across Asia — is admittedly living the dream.

When he was a teenager, he wrote down all his dreams in life, and high up on the list at No 3 or 4 was setting up a Muay Thai gym — one that pays and treats its trainers generously and with fairness and respect.

“You could be the world champion [in Muay Thai], but after you are done fighting, you could be a tuk-tuk driver or [security] guard, or selling fruits ... discarded by society,” Chatri says in an exclusive interview with Options.

“I always thought to myself, ‘Muay Thai is a beautiful art. It is the greatest cultural heritage of Thailand, so why should we treat our heroes this way?’”

So, Chatri started Evolve Mixed Martial Arts in 2009, and two years later, set up One Championship. Both have grown substantially.

Today, One Championship is an almost US$1 billion company, with the likes of Temasek Holdings Pvt Ltd — the Singapore government’s investment arm — and California-based venture capital firm Sequoia Capital as shareholders.

For the full story, pick up a copy of The Edge Malaysia (Jan 22) at your nearest newsstands or visit optionstheedge.com.