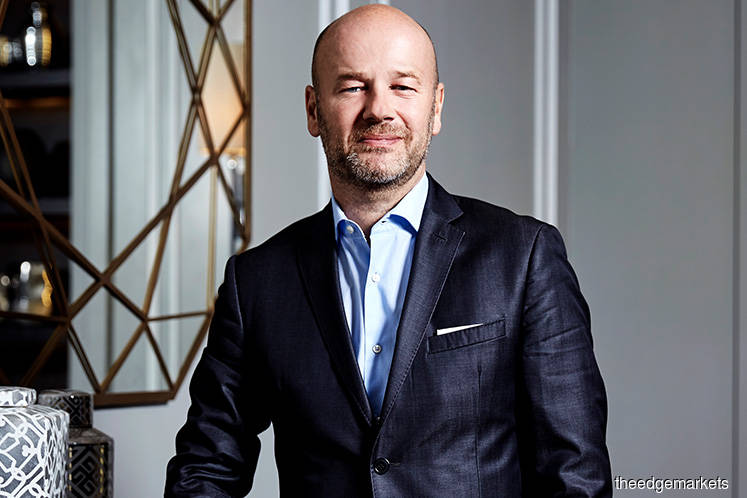 Swiss watchmaker Jaquet Droz is known for its ability to combine mechanical mastery and metiers d’art to stunning effect, creating timepieces that are veritable works of art. Its CEO, Christian Lattmann, was in Kuala Lumpur recently and spoke to Anandhi Gopinath about the DNA of the historic watch brand, the spirit of its founder that permeates each timepiece and the star of its 280th anniversary collection, the Parrot Minute Repeater Pocket Watch.

Pierre Jaquet-Droz was a skilled watchmaker of the late 18th-century, who chanced upon a most unique way to market his wares — he designed and built animated dolls, or automata. His finely constructed dolls — The Writer, The Musician and The Draughtsman — are considered by many to be the oldest examples of the computer. The dolls are still mechanically sound and a set of three is currently housed at the Musée d’Art et d’Histoire in Neuchâtel, Switzerland.

This spirit prevails 280 years on at the Jaquet Droz studio, reinstated in its ancestral home of La Chaux-de-Fonds. It was here, in utmost secrecy for nearly three years, that every artisan at the firm joined forces to bring to life an exquisite piece to celebrate the 280th anniversary of Jaquet Droz: the Parrot Repeater Pocket Watch (pictured, right). Although I watched a video of this masterpiece in action multiple times on YouTube, there was nothing quite like seeing it move in real life.maison that still bears his name, 280 years after its founding.

For the full story, pick up a copy of The Edge Malaysia (December 24, 2018) at your nearest news stands or visit optionstheedge.com.