Cover Story: Do or do not 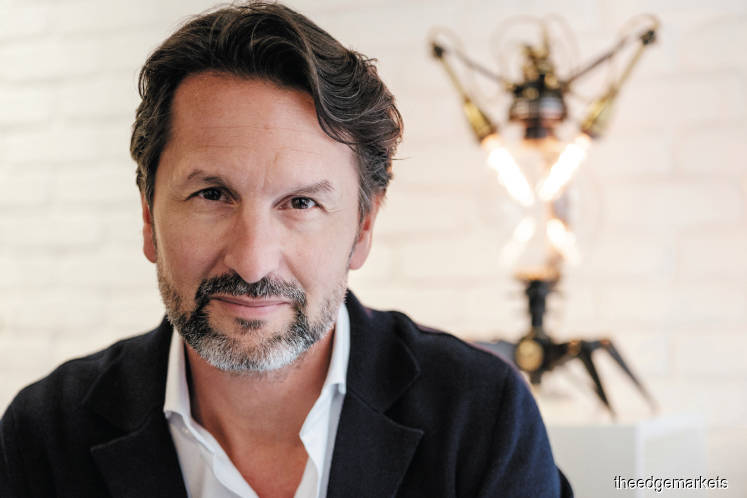 Maximilian Büsser spent years feeling like the odd one out. In watchmaking, he discovered a natural talent and a sense of belonging until dancing to the tunes of others left him in despair. Büsser talks to Petrina Fernandez about breaking out to form independent watchmaking lab Maximilian Büsser & Friends (MB&F) and riffing off childhood fantasies like Star Wars and car designing to create some of the most extraordinary watches of our time.

Maximilian Büsser had always been a square peg trying to fit into a round hole — until he decided he had had enough of trying to fit into places he did not belong. That took almost four decades but the preceding years were not in vain.

Late last year, the Maximilian Büsser & Friends (MB&F) founder won the prestigious 2018 Gaïa Prize for Entrepreneurship, putting him in the league of previous watchmaking laureates such as Nicolas G Hayek, Jean-Claude Biver and Philippe Stern. He thanked Henry-John Belmont in his acceptance speech; it was the former CEO of Jaeger-LeCoultre who had convinced the micro-technology engineering graduate to turn down a career in a multinational fast-moving consumer goods company and join the watchmaking industry instead.

Whether it was incidental, accidental or fate is of little consequence to Büsser’s stepping on this path as the upshot is the same. The son of a Swiss diplomat father and Indian mother, he was born in Italy but moved to Switzerland at the age of four. To mark his coming of age, as was the local custom, his parents offered to buy him a watch with a budget of €700. Büsser was on the lookout for a suitable quartz timepiece when he struck up a conversation with a stranger wearing a mechanical Rolex. He was astonished that anyone would wear such “antiquated” technology and was flabbergasted by its four-figure price.