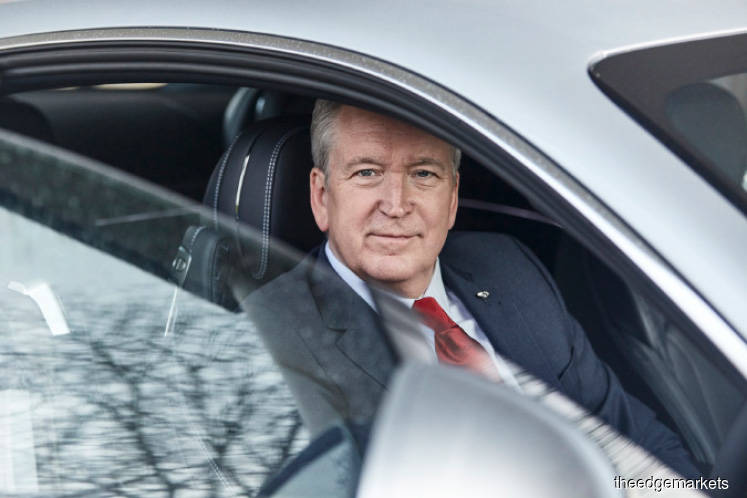 British carmaker Bentley turns 100 this year and, to celebrate, has unveiled the EXP 100 GT — a physical embodiment of its future that sets the benchmark for sustainable mobility. Anandhi Gopinath travels to Crewe, the UK, to meet CEO Adrian Hallmark, who details Bentley’s strategy in the electric mobility space and how it plans to retain its position at the pinnacle of motoring luxury.

On a gorgeous summer’s day in July, luxury British carmaker Bentley unveiled its centenary birthday present to itself — the all-electric EXP 100 GT, which explores how a grand touring car might look like in 2035. The sun shone like a blessing — not an over-dramatisation, considering England’s unpredictable weather — on the company’s historic Pyms Lane facility in the small railway town of Crewe, as CEO Adrian Hallmark proudly introduced the star of its celebrations.

“It is born from our DNA and inspired by our customers and it delivers a physical and digital vision of the future,” Hallmark said at the event. “It is a car that enables the most extraordinary journeys.”

As modern as the new vehicle is, it is very much tied to founder Walter Owen Bentley’s objectives when he established the marque in 1919 — to build “a fast car, a good car, the best in its class”. From modest beginnings in North London, Bentley has gone from strength to strength in a relentless pursuit of both luxury and performance. Earning its place in the racing world, its victories at France’s Le Mans in the 1920s echoed around the world, and reverberated once again in the 21st century. Continually guided by WO’s (as he is fondly remembered) elegantly simple principles, Bentley remains the definitive British luxury car company, crafting the world’s most desirable high-performance grand tourers.

For the full story, pick up a copy of The Edge Malaysia (August 19, 2019) at your nearest news stands or visit optionstheedge.com.