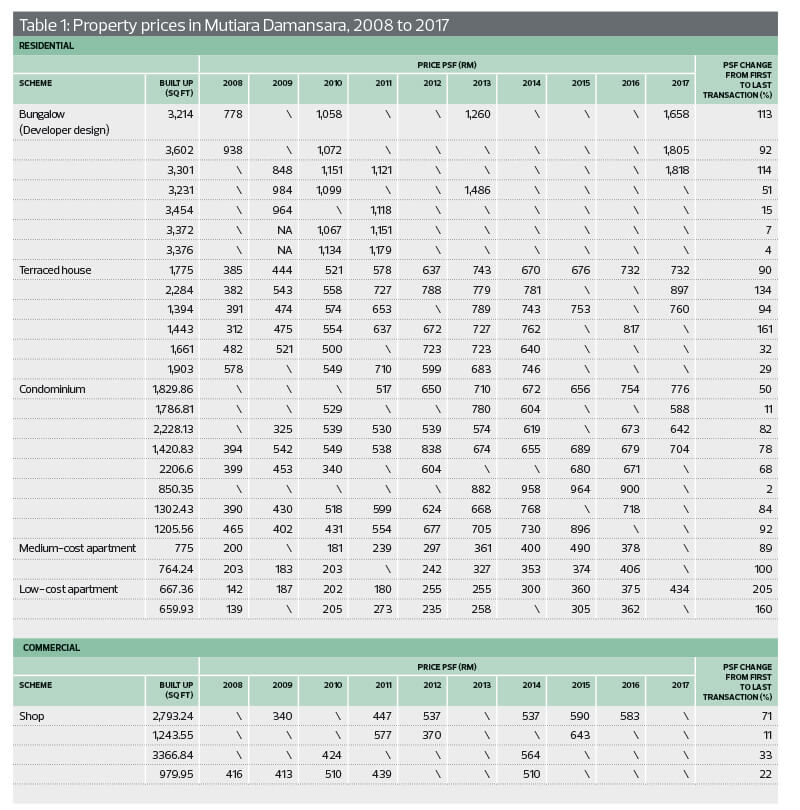 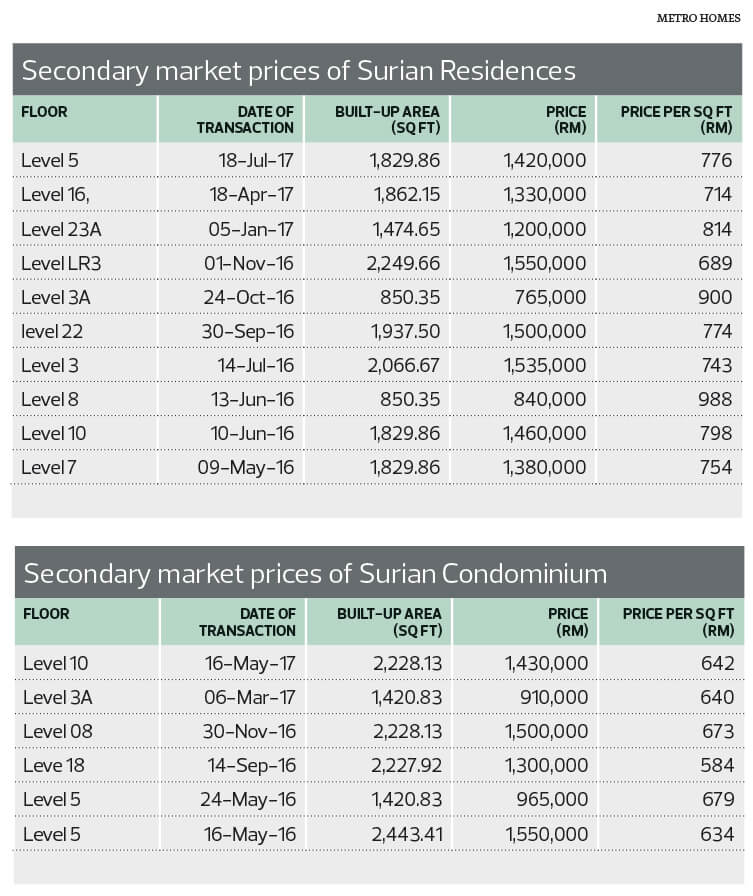 Mutiara Damansara in the north of Petaling Jaya has been home to The Edge Malaysia for the past eight years. And if you were to ask our colleagues, they will tell you it is a great location for an office, thanks to the various amenities in the township.

In fact, you can get almost anything you want here. Need some retail therapy? Head over to The Curve and IPC. Groceries? There’s Tesco and B.I.G supermarket. Feel the urge to work out? No problem, Fitness First is just at The Curve. Food? The choices are endless, ranging from hawker fare to fine dining.

The 355-acre freehold township was once part of Bukit Kual Estate, an oil palm-cum-rubber plantation owned by the See Hoy Chan group, before the land was procured by the Armed Forces Pension Fund (LTAT).

Initially, Boustead Properties zoned the township into two precincts: the residential precinct with limited shopoffices in the west and the commercial precinct in the east.

In the residential precinct, properties launched in the early stages were mostly landed units: terraced homes, semidees and bungalows. It was targeted at the middle-upper class due to its location near popular townships such as Bandar Utama and Taman Tun Dr Ismail. The mix now includes limited high-rise strata condominiums, namely Surian Condominium, Surian Residences and Reflection Residences. There is also a walk-up apartment development called Desa Mutiara.

In the commercial precinct, despite its close proximity to 1 Utama Shopping Centre, the developer went ahead with plans to improve the amenities in the township. It turned out to be a shrewd move as it turned Mutiara Damansara into one of the major commercial areas in the Klang Valley.

Henry Butcher (M) Sdn Bhd chief operating officer Tang Chee Meng notes that the completion of the commercial precinct provided further impetus for the development of the township and boosted its image and attractiveness (see Table 1).

“The success and popularity of its commercial precinct is evidence of the evolution and transformation of the township into more than just a residential area,” he says. “Mutiara Damansara is a well-planned and comprehensive township with a wholesome living environment. There are a number of schools nearby to cater for the residents and the park within the township provides a green lung for residents to relax in. There are also healthcare amenities and malls near Mutiara Damansara.”

More than 2,000 residential and commercial properties have since been built in Mutiara Damansara. The township has lived up to its name, the Pearl of Damansara, shining bright with its amenities, prospects and connectivity.

According to Tang, other nearby social amenities such as schools and parks have enhanced the allure of the township. “The freehold tenure of the titles has also added to the attractiveness of properties there.”

Undeveloped land within the township is getting scarce, but property consultants still see positive prospects for the area. it. They note that demand for residential and commercial properties in Mutiara Damansara has always been strong due to its location.

The township is blessed with easy accessibility and good connectivity to various highways such as Lebuhraya Damansara-Puchong, North Klang Valley Expressway and Penchala Link.

“An elevated pedestrian walkway from the Mutiara Damansara MRT station entrance leads to Surian Tower and nearby buildings,” he says. “In the future, the ongoing Damansara–Shah Alam Elevated Expressway (DASH) will have the Mutiara Damansara exit located in the north-east of the township to cater for traffic from Shah Alam and Damansara. ”

Based on recent transactions (see Table 2), Hong notes that the average values of both landed and strata residential properties have generally been trending up consistently.

“Values, however, have stabilised since 2013. Landed 2-storey linked houses with a typical land area of 1,540 sq ft are priced at around RM1.2 million to RM1.25 million per unit on average. Units at Surian Condominium are fetching RM710 psf on average. The average transacted value for the newer Reflection Residences is higher, in the region of RM841 psf in 2017.”

Metro Homes Sdn Bhd director See Kok Loong says the area has grown significantly but has stabilised lately due to the lack of new projects as most of the land has been developed.

“Development there initially focused on landed residential properties such as terraced houses, followed by higher-end products such as semidees, bungalows and bungalow lots. Eventually, the focus shifted to commercial developments such as The Curve, Ikea Damansara and IPC.”

See, who lives in Mutiara Damansara, sees strong residential demand due to the township’s strategic location and limited supply. Residential prices in the neighbourhood, he notes, remain among the highest in Damansara.

“Buyers there are mainly owner-occupiers as it is a well-planned township, offering a quiet and nice environment with good access. The gated communities and freehold titles are also among the reasons buyers are looking at this township.”

Hong suggests that potential buyers and upgraders looking to invest in Mutiara Damansara to consider the secondary market because of the lack of new products.

“Property prices in the township, be it for landed and strata, remain resilient with slower price growth despite the challenges in the property market environment,” he says. “There will still be upside potential in the future as the sought-after neighbourhood will continue to attract homebuyers, and investors as well as local and multinational corporations.”

In the commercial component, only 2-storey shopoffices built during the initial development are available on the secondary market, but transactions are minimal because of limited supply.

Hong observes that the 2-storey shopoffices has seen significant capital appreciation since 2003, with property prices breaching RM1 million from 2010.

“Offices in Mutiara Damansara command rentals ranging from RM4.50 to RM5 psf per month and office space sees fairly healthy occupancy rates, from about 75% to 90% on average,” he says.

Only four parcels of land have yet to be developed in the township — three are commercial parcels while one is the site for a proposed primary school.

These undeveloped lands include two commercial parcels located near Menara KLK on Jalan PJU 7/6. According to Hong, one of these projects is Nucleus @ Damansara, an ongoing 10-acre integrated project by Boustead Holdings, which will consist of small office/home offices, office towers, serviced apartments and retail components. An office tower, called Nucleus Tower, is currently under construction there.

Another parcel is a 30-storey strata office building, while the third parcel is located next to Menara Mudajaya on Jalan PJU 7/1.

Going forward, the LRT Bandar Utama–Klang line and DASH will further enhance connectivity to the township. Some residents are concerned, however, that this will add to the traffic problems in the already-congested township, particularly during peak hours and weekends.

See says, “The DASH might have an impact on property prices but we don’t know whether the impact will be positive or negative on the area as yet.”

But based on secondary market prices, the future of the “Pearl” of Damansara appears to be promising.