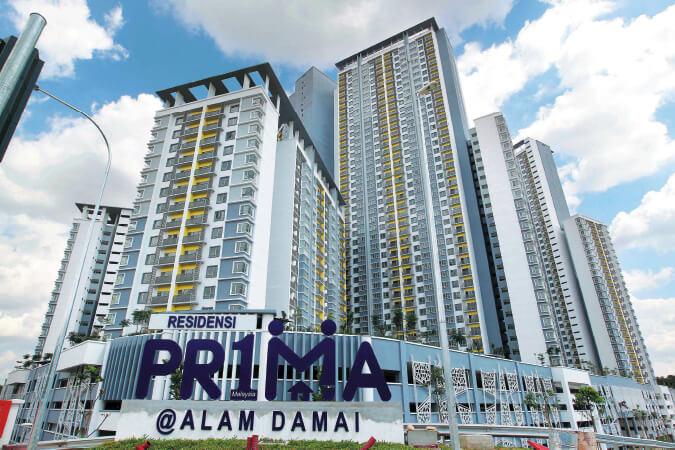 Housing affordability is a hot topic these days. According to Bank Negara Malaysia’s 4Q2017 bulletin titled “Affordable housing: Challenges and the way forward”, in 2016, houses in Malaysia remained seriously unaffordable by international standards with a median multiple of 5.0.

“The maximum affordable house price in Malaysia is estimated at RM282,000. However, the actual median house price was RM313,000, beyond the means of many households; the median national household income is only RM5,228,” says the Bank Negara report.

In the median multiple approach, housing is deemed unaffordable if the median house price is less than three times annual median household income. In this country, the housing affordability issue is largely attributed to a mismatch between supply and demand and slower income growth.

“Financing continues to be available to eligible borrowers with more than 70% of housing loans accorded to first-time homebuyers and close to two-thirds of new housing loans are channelled into the purchase of houses below RM500,000,” says the report.

Structural and cyclical problems in the domestic housing market are the cause of the failure to produce an adequate supply of affordable housing for the masses while on the demand end, growth in household income has not kept up with the rise in house prices.

“A low state of financial literacy amongst a majority of Malaysian households and a cultural preference towards homeownership instead of renting have contributed to the high demand for house purchases,” says the report.

The central bank has called for the establishment of a single entity to spearhead national housing initiatives among the various government and state agencies, and private players.

“Affordable housing provision is currently fragmented and uncoordinated nationwide. Over 20 national and state-level agencies are involved in the provision of affordable housing. This institutional factor has led to policy coordination being an issue, resulting in slow progress towards achieving the government’s target of providing one million affordable homes by 2018,” it says.

Only 255,341 homes had been completed by various public and private sector players between 2013 and October 2017. Bank Negara believes the consolidation will improve efficiency in planning, implementation and execution as well as accelerate construction activities and reduce development cost due to economies of scale.

“The affordable housing initiatives could be consolidated first at the federal level, where the single entity can then leverage the integrated database to plan affordable housing supply across the nation. Once this is successful, state authorities would be encouraged to be partners of the entity,” it says.

It notes that countries such as South Korea and Singapore have done well in bridging the affordable housing gap through a single entity. South Korea’s Land and Housing Corporation supplies diverse types of housing to over one million households in Seoul. It also facilitates speedier supply of housing through the integration of development and construction planning, which reduces the project period from an average of six years to four. In Singapore, the Housing and Development Board (HDB) has completed more than one million flats, housing about 80% of its population.

An integrated database is key to addressing information asymmetries in the housing market, which Malaysia currently lacks.

“The scarcity of information, such as household income, characteristics and preferences, has hindered the ability of supply to be tailored effectively to meet the demand of the households. This has contributed to the large number of unsold residential properties, even affordable houses in various states, including Johor, Selangor and Kedah.

“Routine surveys, which leverage existing ones such as the Household Income and Expenditure survey or the launch of the new National Housing survey, could be conducted to gather household-level data. Such information could provide guidance on supply to the market and should be tapped by the government and developers to inform developments going forward,” opines the central bank.

Singapore’s HDB, for example, formulates optimised housing policies and builds public housing with the support of a comprehensive database that is updated based on a survey conducted every five years.

“For Malaysia, the survey should gather relevant indicators that will enable the centralised entity to determine the price point, location, size, design and specification of affordable housing. On supply, more precise inventory of existing housing stock and new planned supply by location would facilitate in identifying pockets of shortages in specific locations,” says Bank Negara.

The integrated database would also help identify household segments that can afford to purchase a home, and these could then be prioritised in the allocation process of affordable housing units. State authorities could then direct households that could not afford to buy to rental housing.

“To encourage an efficient allocation process of affordable housing units, each state should ideally have only one applicant registry,” says Bank Negara.

At present, high construction costs remain one of the largest barriers to wide-scale provision of affordable housing. Construction material, labour, compliance and land cost could account for as much as 80% of house prices, according to the Real Estate and Housing Developers’ Association Malaysia.

“These factors have resulted in wages and productivity levels in the construction sector that are lower than the national average and far below other countries’. Land cost in and around urban centres is also very high, impeding the ability for houses to be priced reasonably in these locations, where they are demanded the most,” says Bank Negara.

“Singapore has successfully reduced its overall construction cost with the wide adoption of the Industrialised Building System, resulting in labour cost savings of more than 45% compared with conventional means.

The majority of Malaysian households have inadequate knowledge to make informed financial decisions. According to Bank Negara, more than 75% of Malaysians find it difficult to raise RM1,000 to meet emergency needs while 47% of youths have excessive credit card borrowings.

The combination of low financial literacy of households and high household indebtedness (88.4% of GDP in 2016) and house price growth exceeding household growth have lowered the ability of households to afford a home.

“This underscores the need for homebuyers to make prudent financial decisions to avoid being distressed by their financial obligations. It is also crucial for them to understand that the cost of owning a home goes beyond purchase cost,” says Bank Negara.

To address this issue, the central bank is working through the Credit Counselling and Debt Management Agency (AKPK) to improve financial literacy and homebuyer education. An initiative is Power! By AKPK that offers an online learning portal providing homebuying advice and guidance on the decision of buying or renting a home.

Banks too are playing a role by offering rent-to-own homeownership plans, where the renters are given the option to purchase the house after a set period of time.

Improving the rental market by strengthening the legal framework

The strengthening of the rental market can alleviate the affordability issue in the short term as households rehabilitate their balance sheets and increase their income.

“Unlike countries where housing is unaffordable, such as New Zealand and Canada, Malaysia does not have legislation that was enacted specifically to govern the residential rental market. The lack of strong legal safeguards and the absence of a speedy and affordable tenant-landlord dispute resolution process have influenced some Malaysian households to purchase rather than rent,” says Bank Negara.

Malaysia has a relatively low share of households in rented accommodation (24%) compared with Canada’s 31%, Australia’s 33% and New Zealand’s 36%. Bank Negara notes that in a stronger rental market, renting would be a viable option for households that are financially overburdened.

“In this regard, Malaysia has taken a step in the right direction. The formulation of the Residential Tenancy Act was announced in Budget 2018. The landmark initiative will provide legal safeguards for both landlords and tenants, encouraging both demand for and supply of rental housing in Malaysia. The next step would be to establish a tenancy tribunal that offers an inexpensive option to resolve disputes between landlords and tenants,” says the central bank. 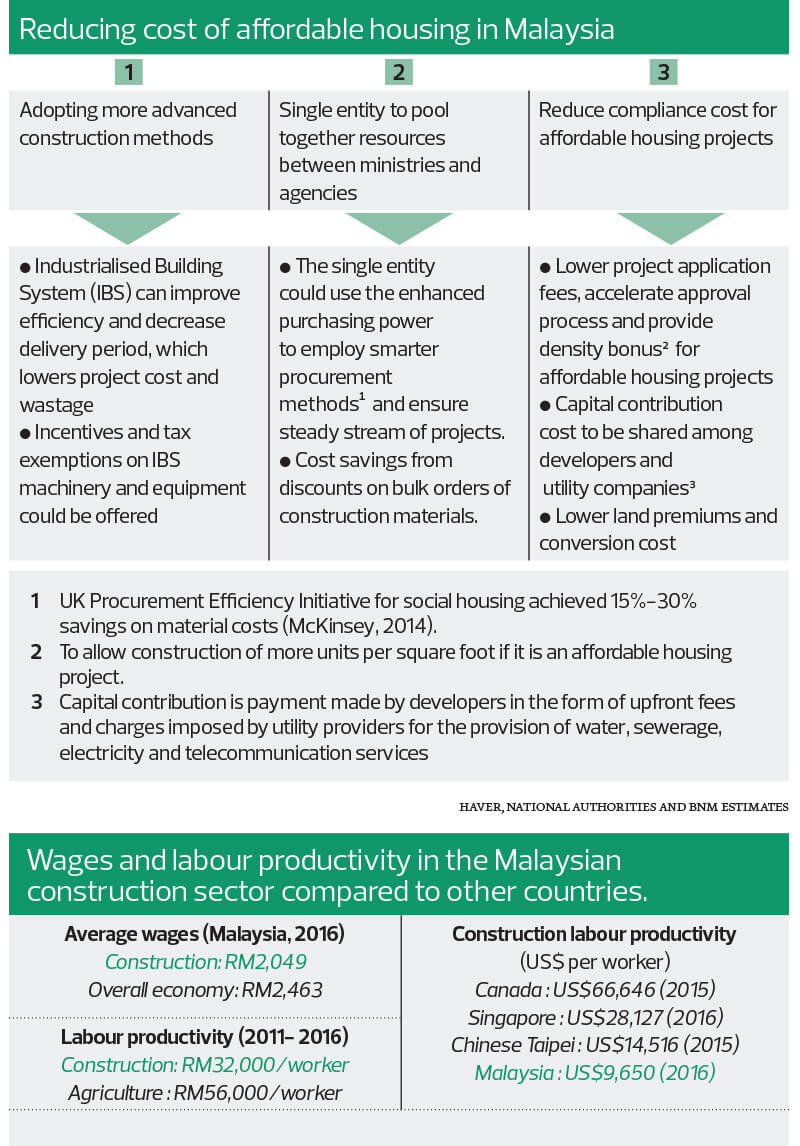