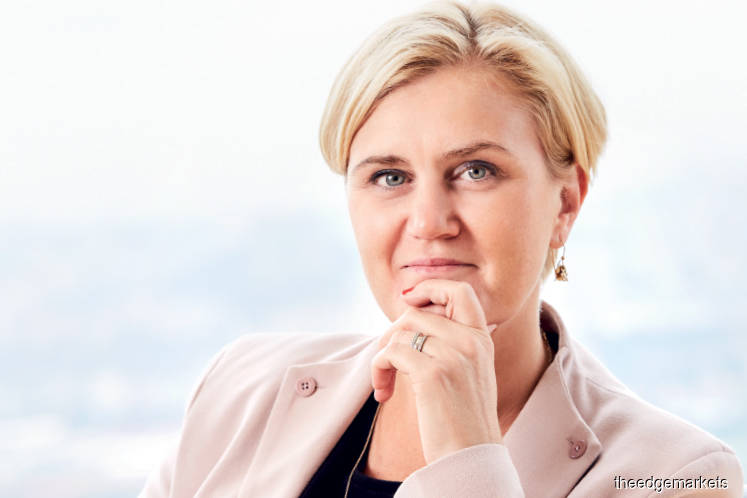 New Ambassador of Norway to Malaysia Gunn Jorid Roset says the two countries have more in common than most people think, and shares her aspirations for strengthening their bond and her experience of working in the region.

MAE CHAN has the story.

Just over the Christmas and New Year holidays, a Norwegian family would have been visiting some of Malaysia’s best sights, enjoying time out in Cameron Highlands, perhaps with a relaxing sojourn in Penang thrown in.

The Ambassador of Norway to Malaysia, Gunn Jorid Roset, 43,  no doubt relished playing tourist – not to mention spending quality time with her husband, their three young children and parents, who are visiting – in her new ‘home’ for the next four years. After all, she has hit the ground running since assuming office last August.

When we met at the Royal Norwegian Embassy recently, Roset seems well settled into her position. Whilst this is her first ambassadorial role, her years in the foreign service, including being former director, East Asia and Oceania, of Norway’s Ministry of Foreign Affairs, and her expertise in Asia and Asean affairs cultivated over the past decade would have had a bearing on her appointment. Her knowledge of the economic and socio-political developments in the region certainly showed during our conversation.

In true Nordic fashion, Roset maintains her cool as she embraces her new position. “In this role, I have to be more of the ‘face of Norway’, to deliver its voice more directly. It’s different from my previous roles, where I was one of the shadows in the background. This is a different challenge, a wider one, but I’m proud and humbled to be given this opportunity,” she says.

Measured and poised with the trained air of a diplomat, though there is a hint of that famed Scandinavian reticence, the ambassador nevertheless has a candour that is refreshingly personable, which perhaps, has something to do with her small-town upbringing.

For the full story, pick up a copy of The Edge Malaysia (Jan 15) at your nearest newsstands or visit optionstheedge.com.