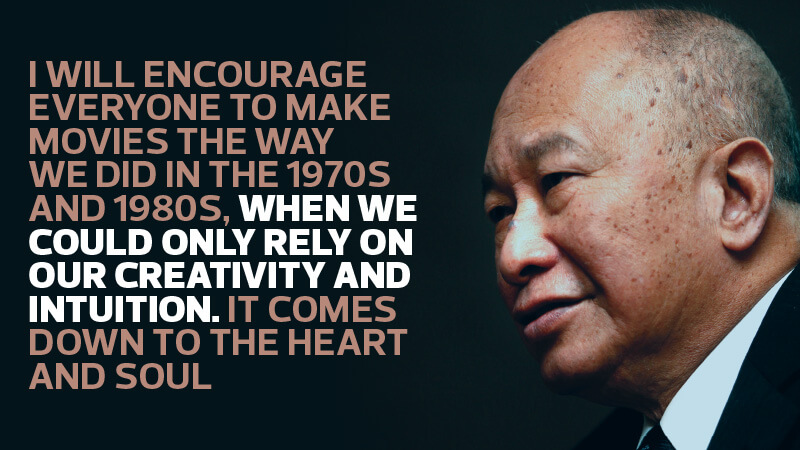 Acclaimed director John Woo speaks about his life-long passion for film, his innate ability to convey grace and grit in a single still, and creating the unique sub-genre playfully referred to as ‘gun fu’, a portmanteau of gunplay and kung fu. Mae Chan has the story.

For a maestro of action films, John Woo is incredibly soft-spoken and somewhat reserved, though genial. But he did say at one point in our conversation at the Dorsett Kuala Lumpur — the director was recently in town to promote his latest film, Manhunt — that film is his only outlet for creative expression.

Woo, 71, is a man of paradoxes. The hallmark of his long career is his ability to create action sequences that are dazzlingly poetic in style yet spectacularly violent in their entirety. His films, with gritty themes of triads and anti-heroes, are often played out with an almost theatrical flair. Critics allude to tones of grace, sentimentality and freedom when describing his work, often in the same sentence as conflict and death.

For the full story, pick up a copy of The Edge Malaysia (Dec 4) at your nearest newsstands or visit optionstheedge.com.