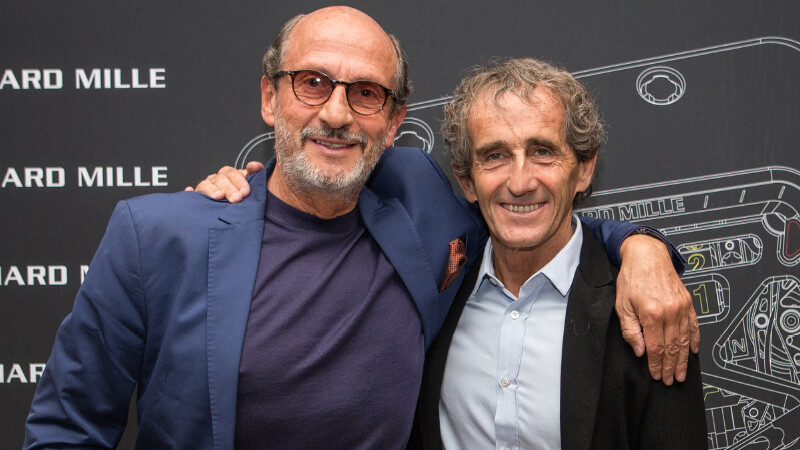 Watchmaker Richard Mille recently partnered French racing icon Alain Prost to create one of the manufacture’s most technically challenging timepieces yet — one that is anchored not in F1, but instead, competitive cycling. On a beautiful autumn day, Anandhi Gopinath made it to the Circuit Paul Ricard in Le Castellet, France, to attend the launch of this breathtaking timepiece and to meet the legend that inspired its birth.

Autumn in Marseille, in the South of France, has an atmosphere so beautiful, it needs to be seen to be believed. The leaves on the trees are just beginning to turn red and brown, while the daytime summer sun lends the air a touch of warmth as the mistral winds blow. Le Castellet is a blink-and-you’ll-miss-it commune that is about a 90-minute drive from Marseille, and boasts just two major attractions — the medieval buildings in the village itself and the Circuit Paul Ricard, a former Formula 1 Grand Prix track that will rejoin the racing calendar next year.

As a tribute to his own French heritage as well as that of his latest collaborative partner, watchmaker Richard Mille chose this picturesque setting to launch the new RM 70-01 Tourbillon Alain Prost — a stunning timepiece that perfectly melds the worlds of cars, cycling and haute horlogerie. The watch was put to the test at the circuit, on Prost’s wrist, no less, as he took to the curvaceous asphalt and tungsten track in Renault’s RS01 car that recently won the 24 Hours of Le Mans race, and later on, on one of his 10 racing bicycles. “I am so proud to have this piece of technology on my wrist. It’s like a dream,” he says, smiling for photographers as he shows it off.

For the full story, pick up a copy of The Edge Malaysia (Nov 13) at your nearest newsstands or visit optionstheedge.com.