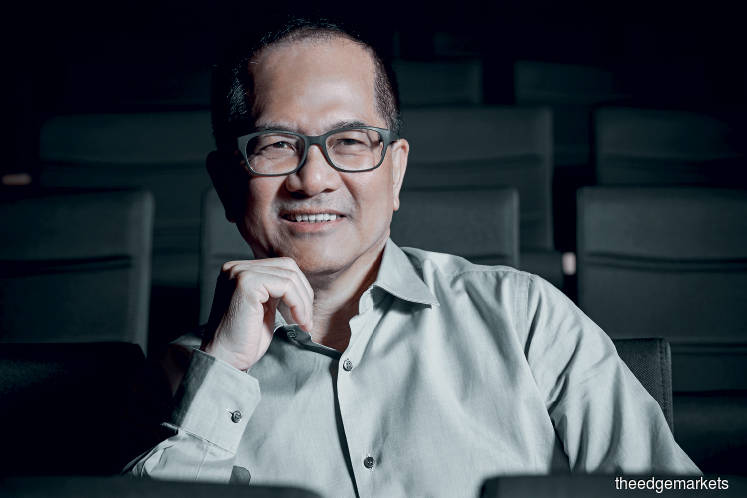 A sustainable business should be able to generate its own income and keep growing. green developer Datuk Kenny Tan tells TAN GIM EAN how he wants to lend a hand.

As a self-made man who knows the importance of self-reliance, Datuk Kenny Tan would rather give someone a rod than profess to teach him to fish. The executive chairman of Ken Holdings Bhd has a new rod with full specs that he is offering theatre companies.

The Platform at Menara Ken TTDI, the company’s headquarters in Taman Tun Dr Ismail, Kuala Lumpur, is the rod. The fully-equipped theatre, so named because Tan sees lots of local talent but not enough performance venues, parted its curtains on July 29 with a show by the Petaling Jaya Philharmonic Orchestra, a year after Ken Gallery opened its doors. Both are visions he has nurtured since settingup his property development business 38 years ago.

The 508-seat ground-floor theatre answers artists’ need for an integrated space, from stage and seating, lights, sound system, lobby and covered parking lots. Tan’s 20,000 sq ft gallery, billed as a space that tells stories, is the showcase for his more than 200 artworks collected over four decades, which he is happy to share with the public.

From the start, the Ken Holdings board decided not to sponsor shows or let performance groups use The Platform for free because that is akin to a handout. Thinking out of the box, Tan, 61, envisioned viewers walking into the theatre with the performers, who can then proceed to do what they do best without having to worry about the technical nitty-gritty.

For the full story, pick up a copy of The Edge Malaysia (October 1, 2018) at your nearest news stands or visit optionstheedge.com.