Cover Story: A sought-after place to live in 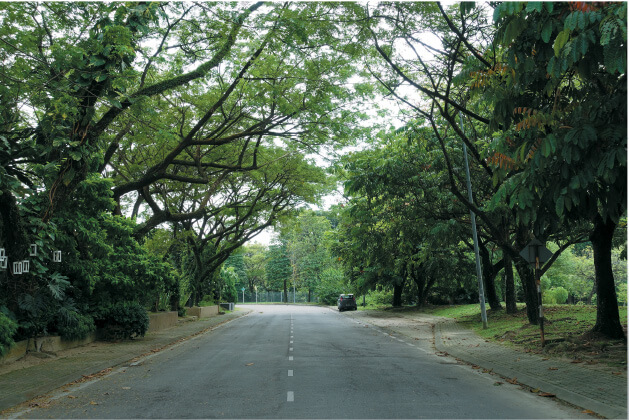 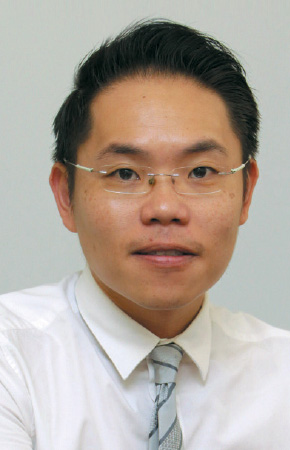 Toh: There are plenty of retail components in Bukit Jelutong, and the take-up rate [for rental] is still relatively slow 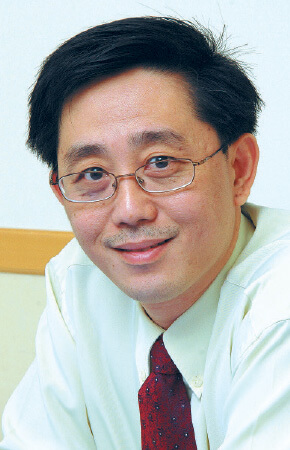 Chua: In Bukit Jelutong, the developments front wide roads and have plenty of open spaces 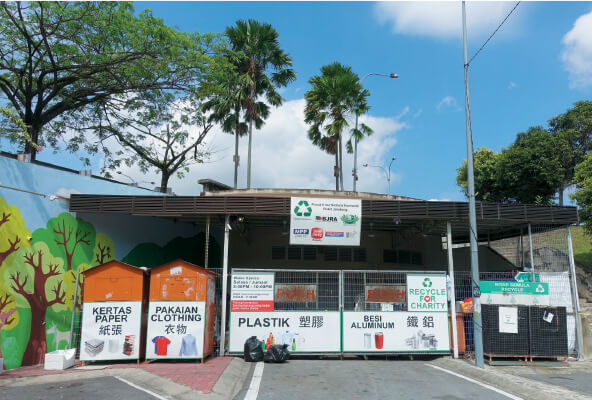 Bukit Jelutong is known for being eco-friendly. 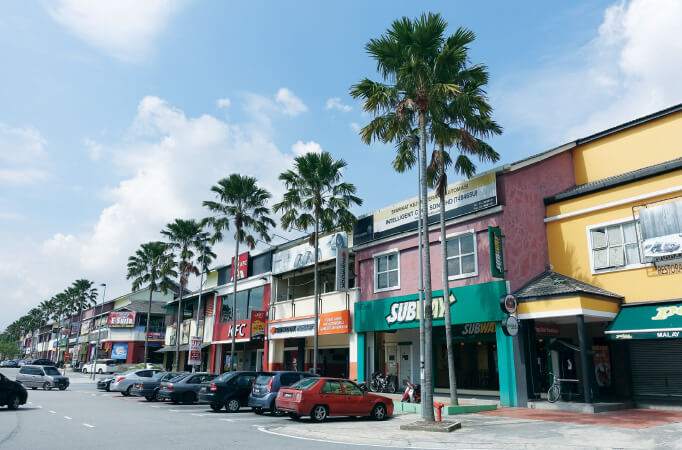 Demand is fairly moderate for the commercial segment in the area 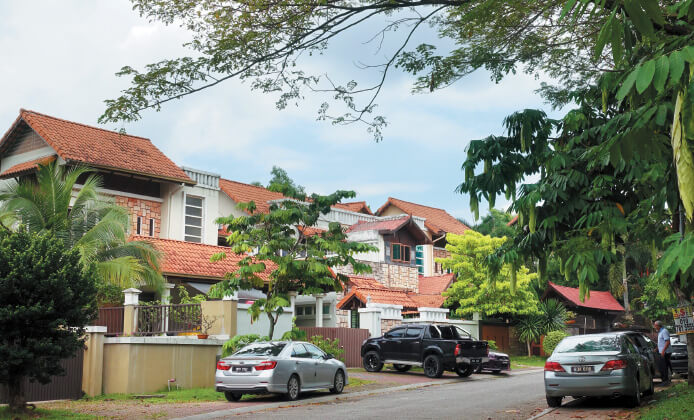 The township is made up of exclusive bungalows, semi-detached houses and terraced houses, which are mostly located in cul-de-sacs. 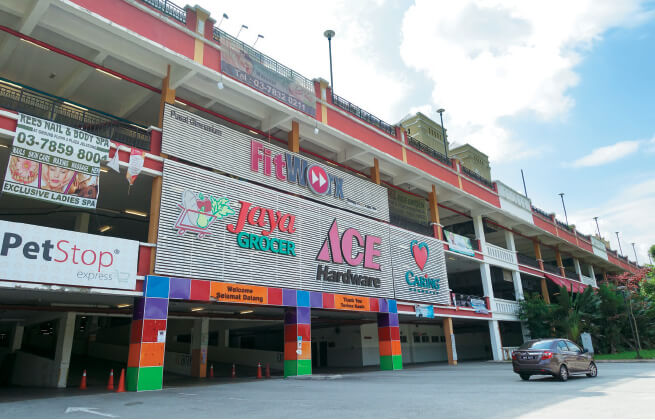 Plaza Jelutong in the township. 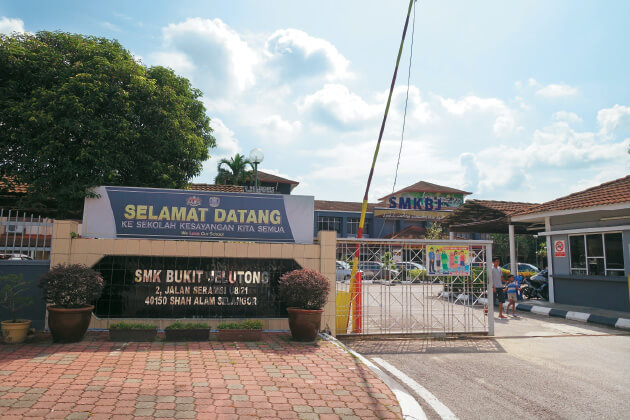 Schools there include SMK Bukit Jelutong. 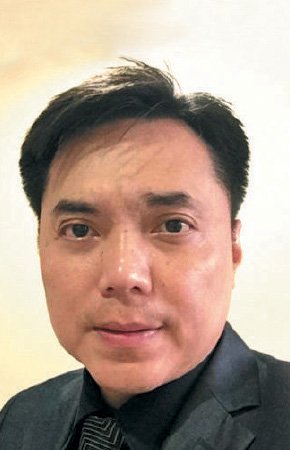 Yap: In terms of demand, the most preferred type of property is still landed developments. 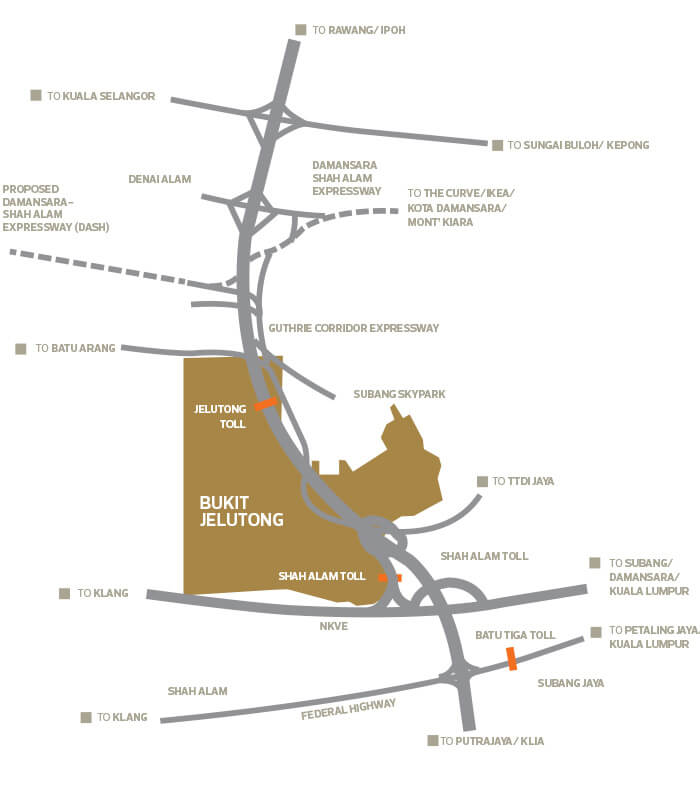 Bukit Jelutong, an affluent and verdant neighbourhood in Section U8 of Shah Alam, Selangor, is often identified as one of the most prestigious addresses in the Klang Valley. Hedged in by rows of mature trees and landscaping, the township is well planned and eco-friendly.

Upon passing its main entrance at Persiaran Gerbang Utama, one is greeted by its majestic landmark, Masjid Tengku Ampuan Jemaah, which cost RM25.5 million to construct. Among those who contributed were Sime Darby Property Bhd, the Selangor royal family and the Selangor government. The landmark sets the tone for the upscale suburb, which is made up of exclusive bungalows and semi-detached houses, which are mostly located in cul-de-sacs, as well as terraced houses.

Bukit Jelutong was launched by Sime Darby Property in 1995. It is located on a former oil palm plantation called the Bukit Jelutong Estate, owned by Kumpulan Guthrie Bhd. Groundwork began in 1996, with the first construction being Guthrie Pavilion, which houses the headquarters of Guthrie Property Holdings Bhd (GPHB).

Since 1995, property launches at Bukit Jelutong have been well received, and the area has gained in value, rivalling other nearby townships such as Subang Jaya, Petaling Jaya, Bandar Sunway and Damansara. One of its main gateways, the Guthrie Corridor Expressway — connecting Bukit Jelutong and Rawang — opened in 2005.

Most of the developments in Bukit Jelutong are residential units. Some notable projects are Primo and Rimbun Sanctuary by Sime Darby Property, Park Residence and Tropika Collection by GPHB, and Suria Residence by Sunsuria Bhd.

The low-density suburb is located on a 2,200-acre freehold tract and has a population of about 44,000. Long stretches of green parks and open grass areas make it an urban sanctuary for city dwellers. During late afternoons, residents can be seen taking a stroll in the parks, cycling or engaging in recreational activities such as playing badminton and football.

In fact, one of the major parks in Bukit Jelutong is used regularly for football matches by MBJ United Football Academy and other teams.

Malek, 58, a Bukit Jelutong resident who has lived there for more than 10 years, says it is the norm for locals to stay active. “One of the reasons my family and I moved to the area is the parks. The area is gated and well-guarded, so it is safe to walk around. It is rare to find areas in the Klang Valley with this much fresh air and greenery, to exercise, relax and unwind.” He adds that it is not uncommon for residents to purchase more properties in the area. “I just put a down payment on my third property here.”

The township also has an active and close-knit association — the Bukit Jelutong Residents Association — that organises annual carnivals and monitors the safety of the community, among other things.

The township also has low-rise commercial developments and shoplots. On weekends, the locals tend to frequent its array of trendy cafés and home-grown restaurants such as The Third Letter, One Serambi Café and Scrumptious Sugar.

Radia, a 20.95-acre high-rise, mixed-use development that is due to be completed next year, is expected to generate more interest for the area. A joint venture between UEM Sunrise Bhd and Sime Darby Property, the RM1.6 billion development has residential, retail and office components.

Due to its location and characteristics, Bukit Jelutong is one of the most sought-after developments with a steady growth in value and good demand.

“In terms of demand, the most preferred type of property is still landed developments. The well-designed houses, pockets of green space and well-landscaped environment are appealing to families. Meanwhile, non-landed properties are often preferred by the younger generation, whose parents are currently staying at Bukit Jelutong or nearby residential schemes,” says One Sunterra Properties Sdn Bhd head of agency Terence Yap.

“Bukit Jelutong introduced a new lifestyle that emphasises greenery, parks and open space. The concept has attracted families to purchase properties in the area as its environment is conducive for jogging, walking and cycling. It is an ideal place for residents to carry out activities together as a family and community,” Yap adds.

“Bukit Jelutong is strategically located next to Shah Alam and the Guthrie Corridor Expressway. It has the amenities, facilities and easy access to the interconnecting NKVE and Federal Highway. Its main attraction is the fact that it is well planned with a lot of greenery and open spaces.”

He says, “Both landed and non-landed properties in the area see quite high demand.”

In terms of its target market, Chua maintains that the area attracts the upper-middle-class crowd, “as the houses are catered for this income segment”.

Meanwhile, the price of non-landed properties is RM550 to RM650 psf for serviced apartments, and RM320 to RM350 psf for medium-cost apartments, says Toh.

Meanwhile, demand is fairly moderate for the commercial segment. “There are plenty of retail components in Bukit Jelutong, and the take-up rate [for rental] is still relatively slow,” says Toh. Commercial properties fetch between RM2.70 and RM3.30 psf per month, with yields of 4% to 5%, he adds.

“All in all, the area boasts good infrastructure, wide roads and nice landscaping. The town planning is very appealing for owner-occupiers and investors. It is suitable for families and offers good connectivity via the highways to other major areas in the Klang Valley. The land is also freehold.

“The downside of the area includes the traffic congestion, especially at the toll leading to the NKVE. Although the place is gated and guarded, there have been a number of burglaries. There are also similar upcoming products in nearby areas such as Elmina and Denai Alam. This may affect the price growth in Bukit Jelutong,” Toh remarks.

One Sunterra’s Yap says, “A key challenge in Bukit Jelutong is the fact that there is a lack of sellers, as most of the residents are owner-occupiers who have resided there for a long time. Hence, there may be a lower number of transactions, which could limit price growth. There is also an affordability factor as the properties are in the upper-scale category and only a smaller group of people can afford them.”

Nonetheless, the future of Bukit Jelutong appears promising. “In terms of value and developments, it has a steady, proven track record. It will continue to attract a niche market of owner-occupiers and investors. Prices are likely to continue moving upwards, albeit at a gradual rate. All in all, it depends on the overall sentiment and performance of the property market.

“The good upkeep of its green environment and open spaces will be the key drivers of demand and prices. The upcoming Light Rail Transit Line 3 from Bandar Utama to Klang is also expected to improve accessibility, with the proposed station in Section 13 Shah Alam [which is not too far from Bukit Jelutong],” adds Yap.

Laurelcap’s Toh concurs. “Bukit Jelutong is an established, mature township that is well balanced and well planned. With the current market condition, commercial developments in the area may face some difficulty in obtaining preferred rental rates as well as price appreciation, as demand is not on a par with supply.

“Nonetheless, the price of residential properties will continue on its upward trend at a slow but steady momentum.”