Cover Story: Striking a balance between margins and quality 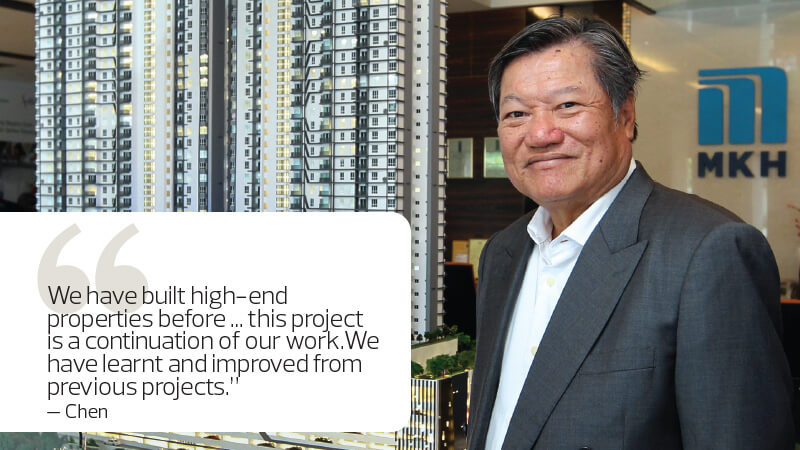 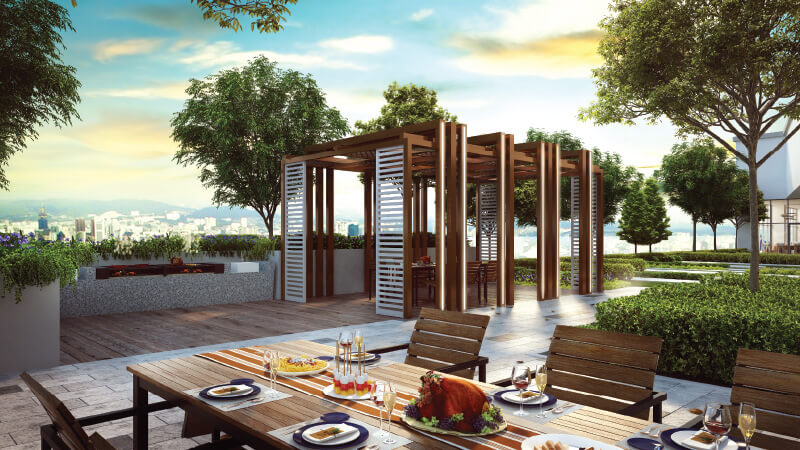 Although MKH Bhd is well known as a Kajang-based developer, it does not limit itself to projects in that area. It has been developing various types of properties in Negeri Sembilan and other parts of the Klang Valley such as Petaling Jaya, Jalan Tun Razak, Cheras, Jalan Kelang Lama and Shah Alam.

Currently, access to the project site is only via Jalan Kiara 3, but Chen says the company will build a 200m link from Jalan Kiara 4, thus providing another entrance to the development. Inspirasi Mont’Kiara is MKH’s first project this year.

“There are currently some structures on the land and we are in the process of removing them. We have obtained DBKL’s (Kuala Lumpur City Hall) approval to extend Jalan Kiara 4 to our project. It will cost more than RM7 million,” he says.

Spanning 2.56 acres, Inspirasi Mont’Kiara will have 640 serviced apartments in two 46-storey blocks. There will also be two shoplots with a total built-up of 2,701 sq ft on the ground floor. They will be open for sale at a later stage.

Chen says the developer held a soft launch for the project three months ago and about 70% of the units have been booked. Targeted at owner-occupiers, expatriates, professionals, empty nesters and small families, the project will be officially launched this quarter.

As MKH is aiming for Green Building Index certification for the development, it will be equipped with passive green features such as energy-saving light devices, rather than mechanical ones. This will help keep the selling price down, says Chen.

“The Mont’Kiara name itself will sell. There is an international community ... nowhere in Kuala Lumpur can you find an expat community of that size. That makes Mont’Kiara a place with good-grade amenities, services and food. So, it will continue to attract the crowd,” he says.

“With competitive pricing, we have managed to sell, and this kind of affordable luxury is our unique selling point. The response [during the soft launch] was tremendous despite the tough end-financing environment. It gives us a lot of confidence that we have set the right price. Some purchasers have already secured their loan facility.”

So, how does MKH strike a balance between margins and quality?

“We are launching Inspirasi Mont’Kiara based on our best understanding of the current economic situation. The price is commensurate with the quality,” Chen says.

He admits that margins are now squeezed for developers, but it is still important for them to deliver their projects. “That’s the reality. Other developers will say the same thing and it will be like that for a while, but we still have to deliver.

“Everyone is now making lower margins and no developer can boast that it is making profits like before. For this project, we did our survey .... our people are very diligent and they know what to offer.”

He notes that there is an issue with the water pressure in Mont’Kiara and MKH is working with other developers in the area to solve it.

Inspirasi Mont’Kiara is one of MKH’s highest-end developments. Chen hopes that it will showcase the developer’s capability in building such properties.

“We have built high-end properties before ... this project is a continuation of our work. We have learnt and improved from previous projects.

“We also have projects in other locations that are equivalent to Inspirasi Mont’Kiara. We want to make sure that everywhere we go we deliver the quality that matches [the needs of the market].”

After the launch of Inspirasi Mont’Kiara, MKH will be shifting its focus back to its home base. It is planning three launches there this year — MKH Boulevard II, phases 6 and 7 in Kajang 2 Precinct 2, and Kajang East Precinct 1.

The Kajang 2 Precinct 2 and Kajang East Precinct 1 projects will offer 2-storey terraced houses while MKH Boulevard II will consist of transit-oriented serviced apartments located near the Sungai Buloh-Kajang MRT Line terminus, which is also an interchange station for the KTM Komuter.