From The Edge
City & Country 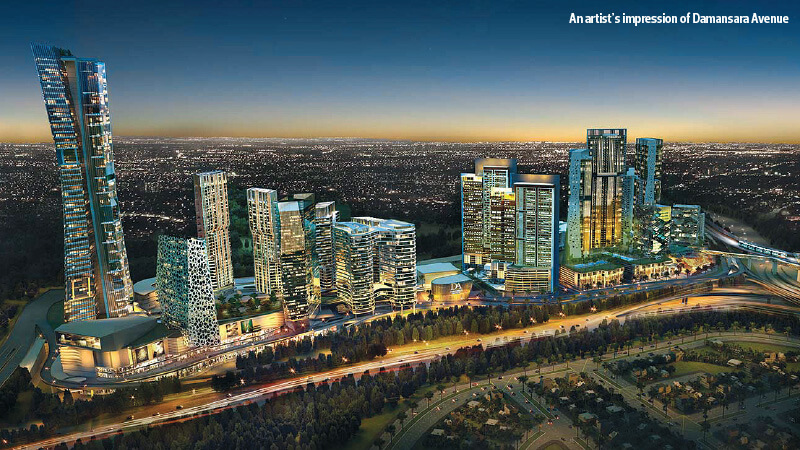 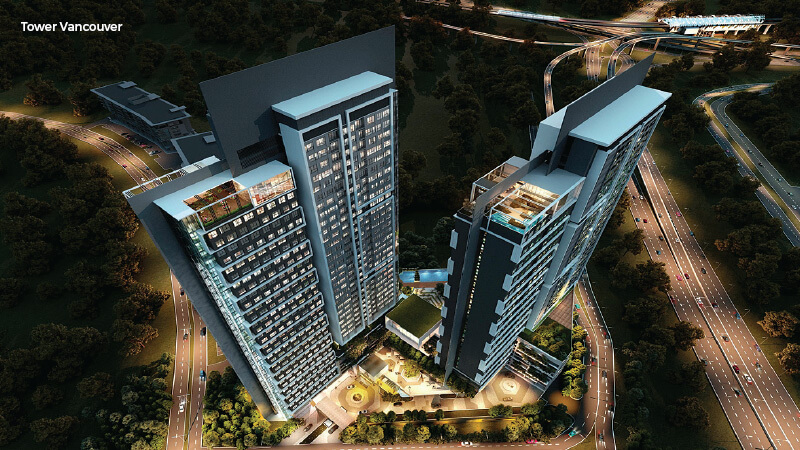 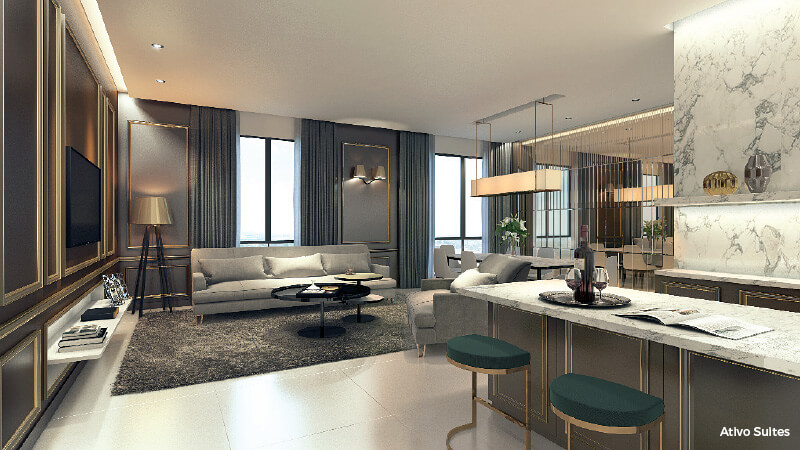 On the walls of the executive lounge at Level 35 of Menara TA One — located opposite Petronas Twin Towers in Kuala Lumpur — hang several decorations, including the cover story of The Edge in April 1995 on Datuk Tony Tiah when he was the chairman and managing director of TA Enterprise Bhd.

As its main focus is on property investment — it boasts a vast global hotel portfolio — the developer has been relatively quiet when it comes to property development in the past few years. The appointment of Tiah Joo Kim — Tony’s eldest son and the third in the family of five children — to the newly created post of CEO in January last year has seen the company launching more projects.

In the past few years, Joo Kim had spent most of his time in Canada, overseeing the development of Trump International Hotel & Tower Vancouver. Now, he divides his time between Malaysia and Canada.

“It is a challenge coming back to Malaysia but I love challenges. I like to show people what I am capable of,” the 37-year-old bachelor tells City & Country in an interview at the executive lounge.

“When I took over the Vancouver project [in 2008], our competitors were selling at C$1,200 psf and they couldn’t sell all even after the completion of their projects. I came into the market and decided to sell at C$1,600 psf, and everyone thought I was crazy because the market was bad at the time. People doubted me but I proved them wrong [as all the units at Trump International Hotel & Tower Vancouver are sold].”

Joo Kim’s passion for the industry is evident. Asked what he would have done if he was not involved in the family business, he says, “I don’t really live in a world of ‘what ifs’ or ‘maybe’. I don’t look back … but if I have to guess, it would probably be the same business, but on my own.”

Away from the office, he has two main interests — playing the drums and working out. He says he tries to have a workout every day, whether he is in Malaysia or Canada.

“I don’t really do anything else … just work, workout and play the drums. If I have free time, I will go out with my friends. It sounds quite boring, right?” he quips.

Joo Kim believes that TA Global’s brand will improve with more launches that “set new standards”. His goal is to sell all the projects within two years of their launch.

Earlier this year, the group launched Ativo Suites — the first residential component of the revamped master plan of Damansara Avenue — which comprises 668 serviced residences in two towers. It has a gross development value (GDV) of RM550 million, with unit sizes ranging from 500 to 1,500 sq ft.

The development will have 50 facilities and amenities, including two pools, Jacuzzi pods, a sky bar, signature kitchen, gym and theatre room.

Joo Kim says some 90% of the units of first tower have been taken up. The units of the other tower are now open for sale.

Ativo Suites is part of the 48-acre Damansara Avenue project in Bandar Sri Damansara, Kuala Lumpur. With a total GDV of RM7.2 billion, the mixed-use development will take another 10 to 15 years to complete, says Joo Kim. It will have residential, retail, commercial and office components as well as a sports complex.

“We have some plans there. We are thinking of having a development for senior living. We are also thinking of bringing in a private college to help anchor the retail and office components. We are currently working on [mixed-use project] Ativo Annexe, where the first component will be launched by 1Q2019,” says Joo Kim.

Since joining the board, Joo Kim has firmed up the schedule for a number of overdue launches for the next two years. These include the project for one of its most prized land parcels in Kuala Lumpur — TA 3 and 4, located next to Menara TA One and opposite the iconic Petronas Twin Towers — which is expected to be launched by the second quarter of next year.

“We have been a hotel owner for some time now, managing some hotels ourselves. We have talked to many hotel operators and came to the conclusion that it is time to do our own hotel because it is a prized piece of land in Malaysia,” Joo Kim says.

“We already have the concept for the project and we know what we are going to do. We think it would be a waste if it is branded by someone else. It is time for us to build our company and hotel brand as we have the expertise, from building to managing.”

He says the concept — which will be anchored by a new brand under TA Global — will be “a groundbreaking one” and the group will have the first-mover advantage in the market, but he is unable to reveal more details on it.

He believes that there will not be any direct competition with other hotels in the vicinity as its product offering will be different. TA Global is planning to build something more than a hotel as real estate is meant to be a place for activities.

For TA 3 and 4, it will emphasise community living where like-minded young people can mingle. Joo Kim says it is about connecting the young people at the emotional level, alongside their value and identity.

“The things they value may seem trivial, but they could mean a lot to them. These people are over-entertained and over-stimulated. Many things no longer excite them. They are looking for an identity and they want to connect with people and community. I am not planning for myself; I am planning for the future, people who are much younger than me, and I am trying to understand them,” he adds.

Tower 1 will be launched first and the units will be unfurnished. Owners will have the option of putting their units back into the hotel pool to serve as serviced suites.

Tower 2 is purely residential, targeting families and people who want privacy while enjoying hotel amenities. The podium will have parking bays and hotel facilities.

“I am confident [about the project]. If you do your homework and you know where your market is, unless [there are] extraordinary or unpredictable [circumstances], it should be what you have imagined it to be. It is going to be such a differentiating product where everything will be different and the quality and design are great. I know the pricing the market is asking for, and I am not going to ask for any illogical price. We are going to be at a price point where people feel that it is worth paying for,” says Joo Kim.

Another project TA Global plans to launch by 2Q2018 is the RM482 million residential development in Dutamas, Kuala Lumpur. Spanning 4.5 acres, it will have 364 units in two blocks of 38 storeys and 25 storeys.

In 2019, the group plans to launch two projects — Nova Square in Bukit Bintang, Kuala Lumpur, and a gated and guarded township in Kluang, Johor.

Joo Kim says Nova Square will be the tallest residential development in the capital city at 80 storeys. Slated to occupy 3.12 acres at the junction of Jalan Bukit Bintang and Jalan Imbi, it will have 1,900 units in three blocks and a GDV of RM2.3 billion.

The 95-acre Kluang development, which will feature 531 landed homes and clubhouse facilities, will have a GDV of RM450 million.

Earlier this year, TA Global sold the remaining 24.26 acres of undeveloped land at its Little Bay Cove development in Sydney, Australia, for A$245 million. The entire project spans 33.6 acres in the suburb of Little Bay, south of Malabar in New South Wales.

With the disposal, the group will be focusing on its projects in Malaysia. It still has over 720 acres of land across the country.

Over the years, Joo Kim says, one of the lessons he learnt is that property development “is a very local business”.

“It is easy to manage a hotel or office overseas, but property development requires you to be on the ground. I have to spend a lot of time there and make sure that I have a team. It is tough getting things done if you are not on the ground,” he says.

“We would like to expand our property development business. We are considering doing more work in countries such as Australia, Canada and Singapore, where we already have a presence and know the markets.”

With five projects in the pipeline in Malaysia, TA Global’s property development division is set to see an increase in revenue in the years to come.

He also reckons that the current property market is challenging, but the worst is over.

“All that is bad and all that could have happened had already happened, and that is the good news. We don’t know exactly how fast it is going to rebound, but businesses will be more prudent,” he says.

“I am not too concerned about the market as it is all about demand and supply. If you give it some time, the supply will be taken up. Plus, more foreign investments are coming in than we thought and the situation will only get better.”

In a news report by The Edge Financial Daily last month, Joo Kim said he expects only minimal impact from the government freeze on development approvals for shopping complexes, offices, serviced apartments and luxury condominiums priced over RM1 million.

He believes that the move will not affect projects that already have building permits, and both of TA Global’s launches for next year have secured permits.

However, he opines the freeze may prove useful in addressing issue of oversupply while benefiting players with financial muscle and staying in power in the market.