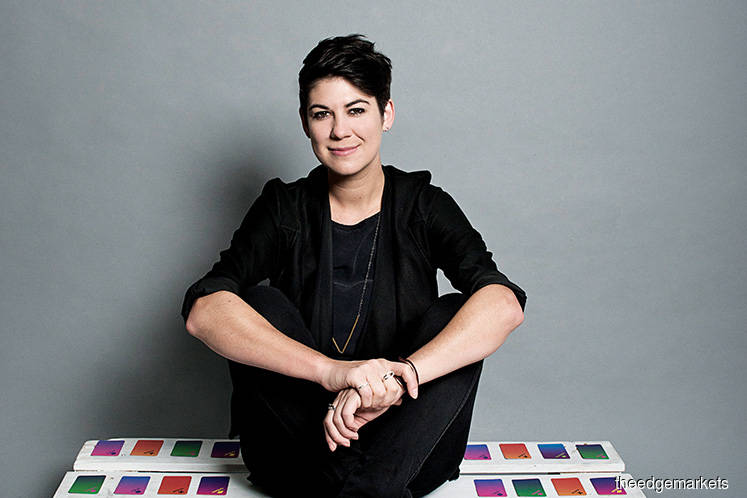 In today’s world, having a purpose is the driving force of many, especially millennials. But this generation often finds that fulfilling work that gives them a strong sense of meaning continues to elude them. Most of the time, the sheer magnitude of the problems they want to address tends to discourage them instead.

This is what motivated Portugal-based Dr Leyla Acaroglu to establish the UnSchool of Disruptive Design, an experimental learning lab that focuses on building a dedicated community of creative leaders and learners.

Acaroglu, a social scientist and entrepreneur with a background in industrial design, found that many are thwarted in their efforts to do their bit to make an impact because of the complexity of the issues. “One of the big issues that we face is people trying to solve problems without really understanding them. Most problems are just the tip of the iceberg,” she says.

“We all know that an iceberg is held up by what is underneath the water. So, what we do is we suspend the need to solve the problem and enter a state of deep curiosity, which is a research approach essentially, and ask questions before trying to answer them.”

She points out that these “non-obvious” relationships present an entry point for someone to intervene and make a positive impact on solving the problem in question. That is why at UnSchool, the participants are encouraged to get a three-dimensional perspective of, and even love, the problem.

“I started UnSchool because I wanted to help people make more impact as I am deeply passionate about solving some of the big social and environmental issues that we face,” says Acaroglu.

“I would say that those at UnSchool are problem lovers because, although we are taught that problems are bad things, when we come at these with a creative mindset, we see that problems are just opportunities in disguise. A designer is essentially a problem-solver. This mindset is very liberating and helps to create positive energy and a better approach to even some of the more complex problems.”

By taking this stance, many have been able to come up with creative solutions to address some of the most complex sustainability issues that we face, she adds. “As long as we keep saying climate change is the worst thing in the world and we are all going to die, people will continue to avoid, ignore and deny it. We have to reframe the narrative of big issues because in the past, humans solved really big problems when they had the right tools and mindsets.”

Take climate change. While it is a major complication that has a domino effect on every aspect of the global economy, the narrative on climate change has been ineffective at mobilising collective action, says Acaroglu. “We have done a huge disservice to the science and approach to change because of the way we have presented climate change, that is, ‘Here is this big scary thing that nobody can see or smell or feel and if we do not do something, it will wipe out everything.’”

Cultivate a sense of agency

Using the frenzy caused by the Y2K bug — the supposed problem in the coding of computerised systems that was projected to create havoc — as an example, Acaroglu points out that the unfounded scaremongering only led to fatigue. “I honestly feel that whenever we pull out a problem card and the way we communicate massive social and environmental issues by using alarmist and fear-invoking narratives, it cognitively disables people. Fear is a disabler,” she says.

“If you want someone to be creative, to be agile, to be positive, you should not be evoking a state of fear. Yes, we need to understand the magnitude of the problem. But we also need to be able to have some sort of individual agency in that problem.”

In social science, a sense of agency is the capacity of individuals to act independently and make their own decisions. “For the everyday human being, it is in understanding things like how their everyday actions are micro-investments in the economy. For example, the things they buy, the way they move around and the articles they click on, all have an impact,” says Acaroglu.

That impact is magnified when it is the collective action of other people in the community as well. “The future is made up of our individual actions each day,” she adds.

However, the world today is designed to make each individual feel powerless within the system and being disempowered, they simply adhere to the status quo, doing what they have always done because they do not feel their actions have any impact, says Acaroglu. Cultivating a sense of agency helps us understand that we have the power to effect change in our daily lives, she points out. “Once you get to that, you will see that the big issues are the outcome of individual actions and therefore, individual actions can effect change.”

Using the Disruptive Design Method, she has designed cerebrally activating experiences, gamified toolkits and unique educational experiences to change the status quo. There are three phases to the programme — mining, landscaping and building — to help individuals discover their potential to initiate change. The method is based on a 12-part methodology of changemaking, creative activation and sustainability science disciplines.

“The most fascinating thing is how individuals who come to UnSchool feeling frustrated or isolated about their desire to do something positive in the world, leave with the agency to make a change. We did not tell them they were the best person in the world to do it. But we gave them the tools to help them understand complexity and figure out how to be a really positive and creative force, which is so useful for business, government and industry because creative minds make positive change,” says Acaroglu.

Some of the UnSchool alumni have gone on to effect change in their organisations and some have started their own impact enterprises, she adds. “There was a flight attendant interested in eliminating plastic waste in the airline industry. Now, she is working with the general manager of one of the biggest airlines to help create a policy around that — but in a really creative way, by making really cool informational tools.

“We even have people who are working to design products made from carbon extracted out of the atmosphere. We also have people working on cool interventions for sustainable fashion such as the world’s tallest wardrobe, which looks at the life of one person’s fashion impact.”

Acaroglu says the programme provides participants with the scaffolding to effect change, which is then moulded to fit their particular life or professional skillset. “The thing about UnSchool is that — I call it a slow-release drug — we give people a lot of tools that pay off over time.

“Systems thinking is a lifestyle shift, to understand that everything is interconnected, including you. The science behind the systems is that everything affects everything and you can have an intentional impact on the systems around you. It is a very empowering tool to have and it pays off in your interpersonal as well as your professional relationships.”

To expand the breadth and depth of the programme, UnSchool has partnered organisations such as the United Nations Environment Programme and collaborated with the Ellen MacArthur Foundation — a UK-based charity working to promote the circular economy — to organise the Disruptive Innovation Festival.

In addition to workshops and online courses, Acaroglu and her team also organise the annual Emerging Leaders Fellowship in major cities around the world. The 10th edition of UnSchool’s seven-day immersive programme will take place from Nov 17 to 23 in Kuching, Sarawak.

For more information on the event, log on to www.unschools.co/kuching.