Designworks: A creative pursuit of the poetic 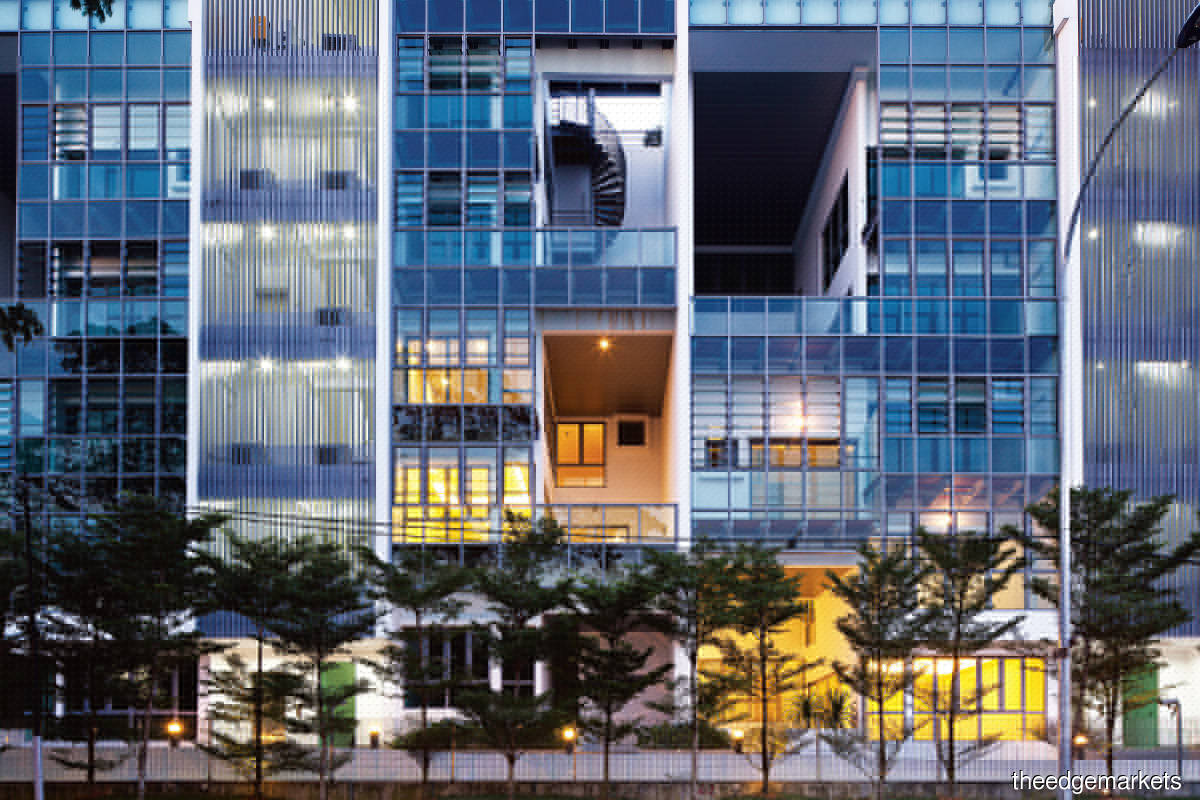 Good architecture, says Lim Teng Ngiom of Ngiom Partnership, uplifts the human spirit and contributes to cultural ascendancy. “It usually manifests in the mastery of natural light, material and the natural environment,” the architect tells City & Country in an email interview.

Lim established his practice by designing a few industrial buildings in the early 1990s. “Very quickly, we began working on master plans as well as all kinds of buildings. Several of our works [were featured] in international publications, which helped carry us forward.”

Architecture was something Lim fell into with very little understanding of it in the beginning. “I thought it was another form of art. Instead, it was much more challenging — broader, more technical and analytical — making learning demanding and absorbing, so it was hard work all the way,” he says.

Nonetheless, he shares that the unexpected “magical poetic” found in great architectural works continues to inspire him.

Having his works featured in international publications, including an encyclopaedia,   as well as other media, is one of Lim’s career highlights. “It means we are contributing meaningfully to the ascendency of the profession rather than just merely doing the work,” he says.

Lim’s work on a small house (Pat’s House) in Sungai Buloh on a very low budget many years ago appeared in the Phaidon Atlas of Contemporary World Architecture (2004). “The house was an experiment on the inflection of lines and achieving a lyrical quality with natural light,” he explains.

“It was also encouraging to have experimental projects built, such as the Countdown Clock at Dataran Merdeka, which won a competition. We also nearly won a competition to build the Egypt Science City, in which we came second.” Lim: The expression of our work is constantly changing, just as we change over time in tandem with the change in our external environment (Photo by Ngiom Partnership)

The Countdown Clock 2017 project was an open competition for a clock to commemorate the countdown to the year 2020. It was also intended as an interactive social space for the public. “The fact that it got built at all and is running is notable. DBKL partnered with us all the way; it willingly listened and, surprisingly, took a chance with us despite the many technical challenges and the historically sensitive location,” says Lim.

The project’s edifice consists of a water curtain surrounding a pavilion, which also acts as a screen for a digitised calendar that scrolls around the wall of water. Sensors are incorporated to pause the water in segments of 2m width to allow visitors to pass through to get into the pavilion, where they can take portraits of themselves with the cameras located inside. The portraits will then appear on the digital wall at the centre of the pavilion.

“The space behind the wall of water is now a popular retreat for visitors. The healing sound of falling water and the serenity of the space are something that is quite unique in the city,” says Lim.

The monument is located at Dataran Merdeka in Kuala Lumpur and was the first structure to be completed for the River of Life project in 2017. It was awarded first place in the Urban Design Competition. Another of his practice’s projects is Amarin Wickham, a low-rise condominium in Ampang, Kuala Lumpur, that was completed in 2013 and awarded the Gold-Plus Green Certificate from Singapore.

Amarin Wickham is inspired by the layers that make up the city of Kuala Lumpur, expressed in the building’s interlocking layers of space that form a thick crust, with each unit naturally ventilated with a breezeway along a variety of spaces. Each unit also has its own garden, either on the roof or podium. The penthouses have their own pool whereas the units connected to the podium share a pool, says the architect.

Lim describes each unit’s sky garden as an enlarged semi-outdoor tropical space. “The double-skin envelope shades the units and [doubles] as a passive cooling device that allows air to flow vertically like a stack.”

Lim’s overseas projects include a villa in Koh Samui, Thailand, that was built in 2015. “The starting narrative for the house was all about capturing the magical sunset of the resort island. This overrides the fact that there may be the occasional driving rain and that the heat and humidity can weigh a person down — never mind the nearly vertical site, with the only flat piece of land being the road shoulder,” he notes.

According to Lim, the upper level of the house was used frequently in photo shoots, including an 11-part French reality TV programme in 2016. It is also a popular entertainment area for the owner and tenants.

“The lower part of the house that faces the cliff edge is a labyrinth of spaces that are predicated on motion and time. The spaces are designed in a rhythmic narrative, following Kafka’s novelette The Trial, where the interpretation of spaces is surprising and existential,” he says.

In 2016, Lim participated in the Egypt Science City Competition, sponsored by the Egyptian government through Alexandra Library, and experimented with a way of design that was completely dependent on how the flow of lines on paper could turn into a building. “The fact that we beat some of the largest and most renowned practices on the planet to be placed second is something we can reflect upon,” he says.

From the site of the Egypt Science City, the Great Pyramid in Egypt can be seen, and other than the desert landscape with urban conurbations nearby, it was almost a blank canvas. “The challenge was to find the appropriate constraint to design the building complex and to give it meaning,” says Lim.

According to him, the desert landscape provided the reference for the design and all the nuances of the architecture were derived from that powerful context. “So, lines were constructed from impressions of the desert and turned into reference frames for architecture to take place,” he explains.

Lim says there is usually a philosophical narrative behind his works, which he sometimes explains to students and colleagues but rarely to his clients. “The expression of our work is constantly changing, just as we change over time in tandem with the change in our external environment. I suppose the common thread in our works is the underlying creative pursuit of the poetic,” he explains.

He attempts to expound on this concept in the book, Mindshaping: The Creative Constant, which was published a few years ago. The basis for the book was taken from his PhD thesis.

Sources of inspiration for Lim come from all over. “Sometimes, it is musically inspired, sometimes from literature, and sometimes, from merely experiencing something you like. The strongest influences are those that are visually experienced. The external environment counts considerably, and the diversified cosmopolitan environment of KL is an inspiration,” he says. The Countdown Clock at Dataran Merdeka (Photo by Ngiom Partnership)

According to Lim, the architecture industry is facing many new challenges compared with just a couple of decades ago. For one, architects are no longer allowed to lead the construction industry, he says. “[The added layers of bureaucracy have] merely inflated the cost of getting things built and the processes have become much slower and unwieldy.”

Visionaries are also disappearing, he notes, whether on the side of the patrons or the provider. “The whole industry is hampered by the weight of the bureaucrats. This will, of course, have implications on the country’s GDP. There is actually little mystery as to why investors look elsewhere — it is just so difficult to get your investments realised here; you naturally look to places that cause you less pain.”

The most recent challenge, he adds, is the training levy imposed by the Human Resources Development Fund on architects. “It sounds unbelievable but it’s true. It’s like an underling trying to train someone who is overqualified,” he says.

“I hope for more honesty in the industry, where firstly, architects should just stick to the code of ethics and stop making excuses. Compromised behaviour compounds bad behaviour elsewhere. I also hope that the rent-seekers we find in the industry will disappear, but this is not going to happen,” he says.

Meanwhile, Lim calls attention to the tough environment caused by the Covid-19 pandemic. “There is a lot of grief and worry and many of our fellow citizens are struggling to survive. I hope that when all this is over, there is still room for romantic ideals. For now, I can only hope everyone will care for their well-being,” he says.

In terms of his practice, Lim is not particular about what projects he works on. “Every type of work brings its own challenges. However, the type of projects that we would love to work on is those that allow us to go a greater distance with explorations, such as museums and public buildings,” he says.