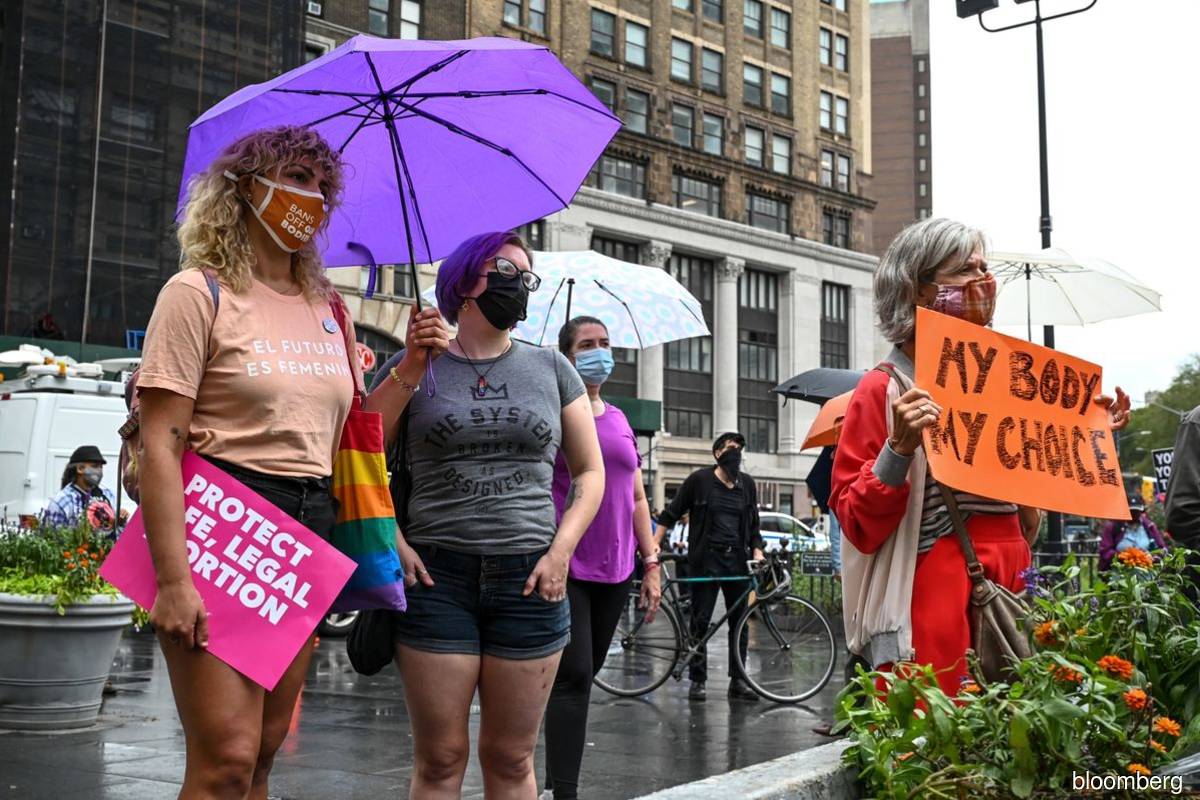 (Sept 15): The U.S. Justice Department asked for an emergency court order to block a restrictive anti-abortion law in Texas, the first of what is likely to be an extended legal battle that reaches all the way to the Supreme Court.

The 47-page request, filed in federal court in Austin late Tuesday, seeks a temporary restraining order or preliminary injunction halting enforcement of the law, known as Texas Senate Bill 8, which bars almost all abortions after the sixth week of pregnancy, before many women know they are pregnant.

The law deputizes citizens to sue people who perform or aid in the procedure, allowing them to collect at least US$10,000 and legal fees if they succeed in court. By leaving it to individuals to enforce the law, Texas government officials sought to avoid lawsuits directed at them.

“Although S.B. 8 was designed to create jurisdictional obstacles to the ability of women and providers to sue to protect their rights, those obstacles do not impede the relief sought through this suit -- an action brought by the United States against the State of Texas itself,” the U.S. government said in Tuesday’s filing.

“The United States has the authority and responsibility to ensure that Texas cannot insulate itself from judicial review for its constitutional violations and to protect the important federal interests that S.B. 8 impairs.”

The move comes as the Justice Department is facing mounting pressure to take action from President Joe Biden, congressional Democrats and advocates for women’s reproductive rights. At the same time, other states that are, like Texas, led by Republicans have expressed interest in adapting their own versions of S.B. 8.

The Justice Department said the law is already having an adverse affect on women in Texas, as well as on abortion providers in neighboring states.

“Not only has S.B. 8 imperiled the rights of Texas residents; it has had an extreme impact on the rights of women in other states, including in Oklahoma, Kansas, Colorado, Nevada, and New Mexico,” according to the motion.

Since S.B. 8 took effect, clinics in Tulsa and Oklahoma City have “seen an overall staggering 646% increase of Texan patients” as compared to the first six months of the year, the department said.

The Supreme Court refused earlier this month to block the measure, as requested by abortion providers in Texas, while it’s challenged in lower courts.

The Justice Department filed a lawsuit against Texas last week over the law.